The movie contains two distinct storylines, involving Sukumar (Ganesh) and Jawahar (Kumaresh), and both highlighting the difficulties that women face in a predominantly male-dominated society. How women, when pushed to the edge, vanquish their misguided husbands to set an example and lead a meaningful life is the common thread between the two plots.

The film consists of two independent episodes depicting the lives of two such women from different milieus.

Shenbagam, the nubile daughter of a drunkard father, makes a living by selling milk. Sukumar, a bachelor, is appointed as an engineer of a newly started factory and is allotted quarters there. Shenbagam starts selling milk to him and later does his household work. Sukumar, excited by her youthful charms seduces her. The gullible girl believes this to be a natural flow of events, resulting in blissful motherhood for her. But the bombshell comes when he shamelessly asks her forgiveness and seeks her permission to marry his niece Yamuna. Agreeing to provide monetary support, he asks Shenbagam to leave him and she agrees. Yamuna storms into his life and their incompatibility is evident on the first night itself when she is repelled by his chauvinistic attitude towards women and obsession for the baser aspects of life. Eventually, they break up and she leaves him in a fit of anger. He seeks Shenbagam's sympathy and she comes to Sukumar's house with their son. Shenbagam manages his house and also quenches his carnal fires. Sukumar's working arrangement with Shenbagam gets shattered when  Yamuna returns, ready to reconcile. She is surprised to see a woman and a boy in the house. Sukumar has no qualms in asking Shenbagam to leave again. Proudly announcing her pregnancy, Yamuna suggests that Shenbagam can continue as a maid.

Over time, Yamuna comes across tell-tale pieces of evidence of a woman having lived with her husband and asks Shenbagam the identity of that woman. Shenbagam crumbles and confesses all. Yamuna is shaken, but Shenbagam is more shattered and commits suicide. In the ensuing catharsis, Yamuna aborts Sukumar's child and decides to bring up Shenbagam's orphaned son. When Sukumar comes with an olive branch, Yamuna bombards him that men like him do not deserve a home but should be thrown on the streets. Significantly, when a dog barks at him in the street and chases his car, he feels that the watchdogs of society are barking at him.

Vinodha, the protagonist in this episode, is a part of the "dreams factory", a pitiable member of the community of "extras" (now called "junior artistes") in Madras. Aiming for top positions in the celluloid world, they subsequently became junior artistes for sheer survival. Like many of them, Vinodha had dreams of becoming a top actor but has resigned to the reality of being a junior artiste.

The episode opens with advocate Vinodha in a courtroom, strongly pleading for mercy for a woman accused of abetting her husband's mercy killing. When the accused woman dies in the courtroom, leaving a child, Vinodha offers to adopt the orphan. A flashback through Vinodha's eyes reveals that as a junior artiste, she was playing a lawyer's role in a film's shooting.

When journalist Jawahar's expose on the junior artistes of Madras film world brings him into contact with Vinodha, he is attracted to her. When he proposes, she agrees to marry him. The close proximity of married life reveals the real Jawahar to her and she is frustrated to find he is narrow-minded, pusillanimous, and suspicious, and has been subconsciously shunning her because she was a junior artiste. She stoically accepts Jawahar's every insult and gives birth to a son. Their strained relationship snaps when she invites her junior artiste friends for a party in her house and insults are heaped on her friends by Jawahar and his colleagues. She erupts; deciding to split, she leaves the house with her child.

The court grants her divorce, with a condition that after her son is four years old; he should be allowed to visit his father during weekends. Resuming her life as a junior artiste, she makes her son act once before the camera to meet some urgent expenses. Coming to know this, Jawahar goes to court and obtains custody of the child. This shatters her completely; she even tries to commit suicide along with her son, but they are saved.

Successive problems and defeats only make her more strong-willed and courageous to confront life's problems that chase her like dogs. She feels that the dogs of despair turn back with a whimper once she faces them head-on. Thereafter she becomes a lawyer and adopts a destitute child. Now a responsible and respected member of society, she continues to help the junior artistes' fraternity. 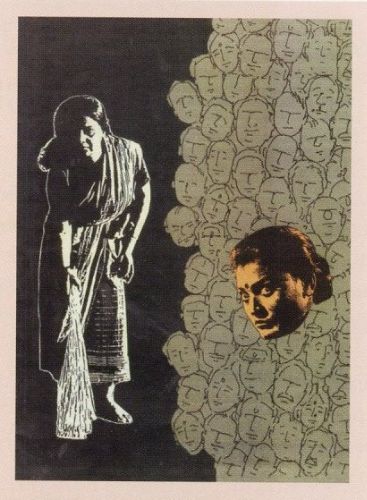 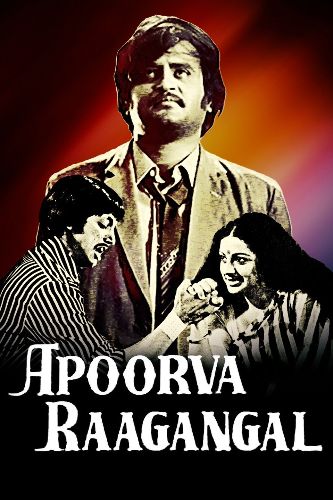