There was consternation. The accusation-false and malicious-rang out from the vile tongues that Malti was unchaste. The mischief-mongers had chosen the moment of the solemnization of Malti's marriage to let loose this calumny against her.  The bride-groom's party left in anger.

Her heart-broken father appealed to everybody, to the Zamindar Mahindra, but nobody would listen and the social decree was issued that Malti was to be turned out of her home and her caste.  Nobody cared to know whether she really was guilty.

And Malti knew that her father would never turn her out, so she chose to disappear and save him from the wrath of society. Kamla, the dancer who had come with the marriage-party was moved by her pathetic pleading to offer to take her to the city.

Yes. Malti was dead. In her stead was born Ranee, a maid-servant in a hotel in the City earning a miserly six rupees per month and slaving all day. That was what hard work could pay her, as for sin she detested it.

To her hotel comes to stay Raj, the young and handsome younger brother of the village Zamindar. Ranee knows him, although he knows her not. This young, unmarried, romantic fellow has failed in his examination because the Universities do not run any courses in music, charity, waywardness and simplicity. So, he has come to join the Music College.

The attraction between the two grows unconsciously till it grips both. Ranee toils all the day for all the inmates of the hotel, but she serves Raj with a degree of affection, she can hardly gauge herself.

At home, here Ranee lives, there is unending stream of wine and fun and music. Kamla runs the house and the girls excepting Ranee earn hundreds. But Ranee has her miserly six rupees every month. Kamla knows Ranee's secret and wishes her to make hay while the Sun shone upon her. But, Ranee is made of different stuff.

She is gradually coming to rule over Raj through a mysterious attraction he feels for her. He has to go to play foot-ball although it is raining. Last time he had fever when he got himself wet playing, and Ranee had asked him not to repeat his folly. Even now she is watching him getting ready to go out to play.

Raj does not go. He cannot because he dare no defy Ranee's unspoken wish. He is angry and wants to know why should he not go to play.

Pointing to the window Ranee says in her soft soothing voice "Look at that window. It is Savan. There is the rain. And, there is your Dilruba which you love......"

And Raj breaks into a song of the romance and happiness which   the patter of rain brings to him,

Raj acquires a rich friend, Mr. Roy, who believes in wine and women and who introduces Raj to his mistress Champa whose music and elegance attracts Raj's musical soul. He is a frequent participant in the garden parties of Roy and he begins drinking too.

Ranee hears of it and wants to know from Raj why be goes there and why he drinks. Raj tells her that he loves music and   drinks at the request of Roy.

"One day request won't be necessary." says Ranee. "Will you promise me not to go to-night?"

Kamla heard about the rich young man in the hotel and beard Ranee talking about his broadmindedness. Kamla thought about bringing Ranee and Raj together and
Raj came to see Kamla-again by request. Into Rani's room Kamla led Raj and as they started talking Ranee's voice filtered in. "So after all a guest has arrived in my room, eh ?"

She asked Kamla to leave him in her charge and Kamla left them alone together. Here Ranee was different. He was her guest. She was no longer his servant. She knew she had absolute hold on Raj. Raj was quite happy here. She knew that Raj was in love with her though Raj did not realise it. She knew tha.t one word from her one encouraging word would hurl him and her also into the abyss of filth. She new one encouragement would turn her home into a brothel. Raj could make mistakes but she would not. She picked up a false quarrel.

Ranee said:  "I have no space for dirt and filth."

"Don't talk of love" retorted Ranee. "I am seeing love being sold morning and evening on all sides. I hate love and I hate you all who come to women like us and talk of love.

Get out of here and of the hotel too and unless you do so,   I am leaving the hotel."

Angry, disgusted, bewildered Raj left the hotel and the City the same night.

And moreover, you love him"

"Yes, I do. That is why I could sacrifice"

Raj went to his village but came back to the City again.  He tried to picture Ranee as a girl of ill-fame but he could not imagine it. He had taken a flat and tried to forget her, but could not. He  tried  to  find  Roy  but  he  bad left  for  a  pleasure  trip-not with Champa but another girl. He went to apologise to Ranee for quarrelling, but found Ranee was missing. She had given up the hotel  job-she left  her home and  Raj  connected Roy  with  Ranee  and  tried  to  forget  her.

Where was Ranee? She was hiding in a slum knowing full well that Raj will come to her again and try to make up.  She knew Raj was Mahindra's brother-and Raj and herself could not have a common future. Ranee lived with an old beggar woman but she also died and once more Ranee was left on the streets.

Ranee knew where Raj was staying and decided to meet Bhola, Raj's servant, secretly and beg some money. Bhola knew her well-had the highest regard for her and understood things. But a surprise awaited her. Mahindra came to Calcutta on a business and Raj brought him borne from the station. Accidently they saw Ranee. Mahindra left the house immediately identifying Ranee to be the draw of Raj which attracts him to the City. Raj was surprised too and missed the chance of an explanation. Love and indignation fought in the breast of Raj. He loved Ranee and he hated Ranee. He appealed to Ranee to say once-if she had ever loved him. With superb self-control, Ranee told in an emotionless voice: ''I am a woman who loves whoever pays her". And Ranee left him-wounded and bleeding at heart.

Back to the village, Raj tried to drown his mental agony in wine, while Ranee lived as a nurse in a hospital.

Raj's condition grew alarming and Mahindra learnt about Ranee from Bhola. Bhola knew her as Ranee-not as Malti and Bhola knew where she lived, because in parting Ranee had said: "Send for me if I am wanted". And Ranee was once more wanted to control Rani.

Mahindra brought Ranee. Ranee made Raj give up drinking. Ranee made a man out of him and the day of parting came again.

And to the greatest surprise-it was Mahindra who stopped the parting. He gave out that he had made inquiries in the meantime and knew Ranee was no other than Malti on whom he had inflicted the greatest injustice.  As compensation he gave Raj to Ranee in marriage. 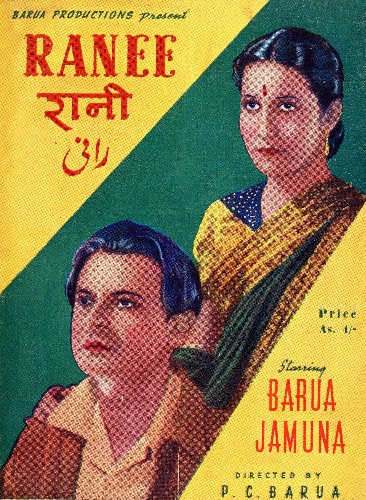 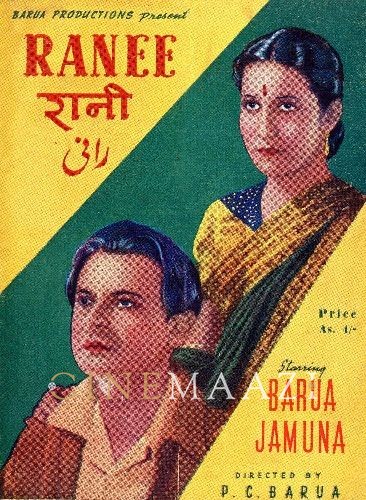