Mangal a free style wrestler and a former World Champion when at the peak of his profession, had got married to one of his keen admirers 'Poonam' a young, intelligent, well-educated lasse' from a rich and wealthy family . For a while this marriage was a boon to both of them but soon they started drifting away from each other owing to the widening differences between them. Mangal being an ordinary man with nothing more than the village background was very orthodox, rigid and unruly. On the other hand Poonam a girl of high society, enjoyed fame, glamour and wealth and loved her individual freedom. The incompatibility of the couple finally let to their separation. A child born to them was left to the care of Mangal.

Now Mangal was a changed man much frustrated and led down in life, he heavily took to drinking and gambling and even gave up his profession to settle down to a  job in the stables. Eight years passed like this. His son 'Sunny' grew up in this atmosphere. He be­ came his father's greatest fan whatever happens to him, Mangal was, is and will always be the champion. The love between the father and son grew up so much that they never let anyone come between them.

In the neighbourhood, resided 'Ruby', a counter girl at the turf club and a Disco dancer. She loved Mangal but confined it to herself only. Any gesture from her didn't concern Mangal in the least. He poured all his love into his eight year old son and nothing interested him more.

One day Poonam meets Sunny. Not knowing who he is, she likes the boy.

To her utter amazement Poonam discovers Mangal and Sunny together. It becomes clear that Sunny is her own son Bunty. Her affection for him becomes more stronger as she doesn't have any issue from her latter marriage.

For fighting and beating a cheat Sampat, Mangal is taken to the Police lock up. Poonam on knowing this sends a message to the Police station to send Sunny to her house, for the time Mangal is in the Jail.

Poonam and J.D. Mehta grow immensely found of Sunny. They decide to keep the child with them after having a word with Mangal, but Mangal refuses. After few days Mangal is released, Sunny goes back.

While in Jail, Mangal had made up his mind and taken a firm decision to stage a, comeback for the sake of his son.

What became of the Child ?

What happened to Mangal ?

All this can be seen and understood on viewing the screen. 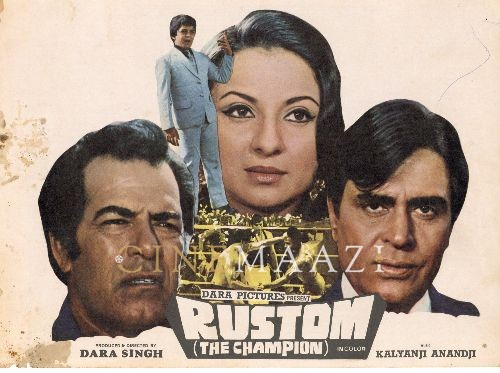