The film begins with Aavudapillai (Manivannan) praying before his deity and Nagarajan (Radha Ravi) stabbing him. Their past is revealed as flashback...

At Patteeswaram, Aavudapillai is training Selvam (Raghuman) and his troupe (Charlie, Vadivelu, and Thyagu) in folk dance which they are passionate about.

Sivasankaramoorthy (Vijayakumar) a Bharatanatyam expert and his daughter Abirami (Vindhya) a well-trained dancer, live in Trichy.

The village head of Sikkalur in Tanjore district and also the temple trustee, Nagarajan decides to invite both Avudapillai's troupe and Abirami's troupe for the annual temple festival. He is a womanizer and takes advantage of the girls who come to perform. Both the troupes arrive and are at loggerheads from the first meeting. Selvam likes Abirami's divine look and attends her dance performance, gets impressed, and falls in love. Abirami attends Selvam's performance and falls in love with him. Abirami's mother (Sri Vidya) notices their blossoming love and tells Abirami that her father will never accept a poor folk artiste.

Abirami starts avoiding Selvam but he keeps following her. She clears things with him and rejects his love. While visiting a temple in the midst of a river, the boatman tells that the temple was erected in memory of lovers who committed suicide. Abirami mocks the story and to prove the power of love, Selvam jumps into the river. Abirami is shocked at his true love for her.

The next day, Nagarajan invites Abirami and her mother for dinner. Selvam comes to know through their troupe member, Panju (Delhi Ganesh) that they haven't returned home and he rushes to Nagarajan's house to see him trying to molest Abirami. He beats him up and exposes him to all his workers and Nagarajan swears revenge.

The festival gets over and both the troupes start their journey back home. Selvam proposes to Abirami again and after much pleading her mother accepts. Selvam's father too accepts and Abirami's mother is worried about her husband's consent for their love.

One night Abirami, with her mother's permission meets Selvam. She expresses her desire to get married immediately. But Selvam states that they should get married only with the blessings of her father. Abirami's mother is happy that her trust in Selvam has come true.

Narayana (Venniaradai Murthy), Nagarajan's assistant informs him about the happenings between the two families. Nagarajan decides to take revenge now. He instigates people to talk badly about Sivasankaramoorthy's situation to go for an alliance with Aavudapillai. Nagarajan meets Sivasankaramoorthy and informs him that it is time to take revenge on Selvam and his father and he silently agrees.

The Artistes sangam (union) decides to construct a Mani Mandapam (concert hall) through donations from all artistes. Sivasankaramoorthy decides to donate the entire money as he feels that it will be a financial strain on the others. But Aavudapillai objects that all the artistes should have ownership in the hall and hence everybody should donate. Their argument culminates into a challenge in which Aavudapillai swears that he will collect at least Rupee 1 more than the amount collected by Sivasankaramoorthy through Abirami's dance concert.

Sivasankaramoorthy swears that if Aavudapillai wins, Abirami will stop dancing. Aavudapillai and Selvam take on the challenge. Abirami gets ready for the dance performance. When she takes blessings from her father he informs that immediately after her performance, her engagement will happen with a groom from America and that the marriage will happen soon. Abirami gets upset, takes sleeping pills and performs. She falls unconscious after the performance. Her show collects Rs. 10 lakhs. Selvam reaches on time and takes her to the hospital. She recovers and Selvam takes a promise from her not to commit suicide. Now the challenge for Selvam is to collect more than Rs. 10 lakhs through his show.

Selvam and Aavudapillai meet all the villagers and canvases for his show and on the day of the event, villagers assemble in large numbers. While Aavudapillai prays to the village deity for the success of the event, Nagarajan stabs Aavudapillai to stop Selvam's performance. Selvam's troupe members try to save Aavudapillai but he dies after taking the promise from them to win in the competition. Selvam comes to know about the death and resolves to fulfill the dying wish of his father. He performs to his best and the show collects more than Rs. 10 lakhs.

Sivasankaramoorthy is surprised at the response to Selvam's show. Selvam now says that he has won the challenge but can his father be brought back alive? The villagers come to know the death of Aavudapillai, notice Nagarajan trying to escape and kill him. Sivasankaramoorthy throws away his classical dance costume and ornaments as a sign of giving up his dance. He apologizes to the dead body of Aavudapillai and accepts the marriage of Selvam and Abirami. He announces that the marriage is the alignment of village folk art and classical dance art. 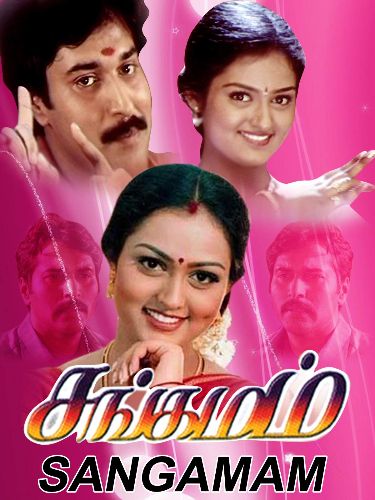 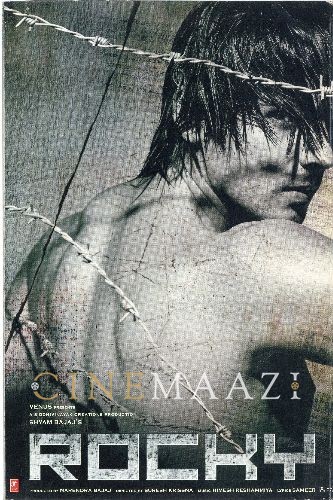