Thirugnana Sambandam (S.S. Rajendran) is a Tamil scholar living with his mother and sister Uma (Pushpalatha). Uma is in love with the son (S. Ramarao) of her employer Panchanathan (MR Radha). Sambandam gets a job as Tamil professor at Sarada College, owned by a rich man Vaiyapuri Pillai (S.V. Ranga Rao) and moves to the new town. He meets the principal Vedaratnam (V. Nagaiah) and joins the college. Vaiyapuri's only daughter Sarada (R. Vijayakumari) also studies at the same college.

Sambandam excels in his teachings and impresses the students and the principal. Sarada loses her heart to his knowledge of Tamil and expresses her love. Sambandam also likes her but is worried about the vast gap in the financial status of their families. The students come to know about their love and write about it on the college walls. Vaiyapuri gets angry and advises Vedaratnam to dismiss Sambandam. However, the principal expresses his doubt about these rumours and convinces Vaiyapuri that he would handle the issue. However, Sarada's love for Sambandam becomes intense, which she expresses indirectly to her father. Vaiyapuri has already finalized her marriage plans with her maternal uncle Shankar (S.A. Ashokan), who is studying abroad; Vaiyapuri rejects her requests and instead, declares that the moment her uncle returns, the marriage would be performed.

Sarada gets upset, leaves her home, goes to Sambandam's home and suggests that they elope to be united in their love. Sambandam rejects the idea; instead, he goes to seek the principal's help. The principal understands their situation, calls Vaiyapuri for a meeting and convinces him of the futility of trying to break their love. Reluctantly, Vaiyapuri agrees for the marriage. The marriage takes place and Sarada leaves empty-handed with her husband, who quits his college job, and they shift to his home town.

Sambandam and Sarada begin their married life happily in his home town. Through Vedaratnam, Sambandam gets a job as a Tamil professor at a college. Sarada helps Uma marry her lover. Sambandam and Sarada's nuptial night is scheduled; Sarada's mother convinces Vaiyapuri to visit Sarada's house and bless them on the occasion. At the same time, Sambandam is assigned to supervise the arrangements for a college function which would be attended by the District President. While supervising the arrangements, Sambandam accidentally falls from the second floor of the college, gets injured and is admitted to the hospital. The doctors save his life, but his heart becomes weak and loses its strength to take even small strains. Hence, the doctors advise that Sambandam should avoid sexual activity, which could lead to his death. This information is given only to Sarada, his mother and Vaiyapuri. Everyone is shocked and they decide to avoid informing Sambandam about this cruel restriction in his life.

Shankar (S.A. Ashokan) joins as a science professor in the same college where Sambandam teaches. Once he tells Sambandam about his sad experience of losing the girl he loved deeply. In the meanwhile, Sambandam recovers and tries to have a normal life with Sarada. However, she avoids him, controls her emotions, and lives her life like an ascetic. He gets upset with her behaviour of avoiding him. One day he tries to force himself on her. That is when Sarada shows him the doctor's letter stating that he should abstain from sexual activity. Sambandam is devastated and feels sad for Sarada. Both go through emotional turmoil. Frustrated, Sambandam tries to commit suicide but is saved by Shankar. When Sambandam expresses his inability to see Sarada's plight, Shankar advises him to divorce her and get her remarried so that at least she can be happy. Sambandam returns home with a clear mind and takes the concurrence of his mother, who is also happy with the decision.

However, Sarada rejects the idea outright and pleads with him not to think on those lines. Shankar comes to Sambandam's home and is shocked to see Sarada there (as he is not aware that she is Sambandam's wife). He rushes back, resigns from his job, and tries to leave the town, as he does not wish to be the reason for Sambandam's decision on her life. Sambandam, who noticed Shankar rushing out, learns from Sarada that Shankar is her uncle (and groom originally chosen by her father) and manages to meet him. He pleads with Shankar to accept Sarada and finally, Shankar agrees to marry her. Sambandam returns and threatens to commit suicide if Sarada does not agree for her re-marriage. Sarada pleads, but finally, to ensure that Sambandam lives agree to marry Shankar.

They apply for divorce, which is granted soon and Sambandam organizes her marriage with Shankar. Vaiyapuri, who comes to know this, gets angry and rushes to their town to stop the marriage as he believes re-marriage is not appropriate.

On the scheduled day of the wedding, Sarada, decked up as a bride, takes the blessings of Sambandam's mother first and then seeks Sambandam's blessings. While he blesses her, she dies, as she has already consumed poison. Vaiyapuri, who arrives just in time to stop the marriage, also gets shocked at his daughter's death. Sambandam cries seeing her dead body and regrets his decision of forcing her to marry Shankar. Sarada, who dreamed to live only with Sambandam in all her births, finally ensured this by sacrificing her life. 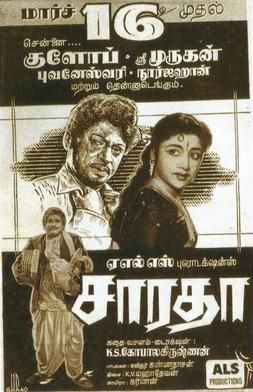 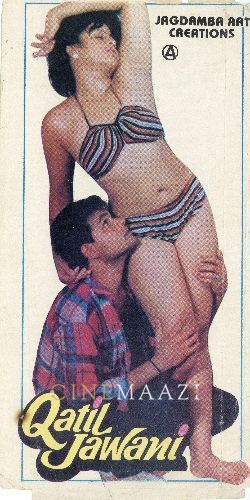