Manickam (Sivaji Ganesan), a farmer lives with his father Ayyakannu (V.S. Raghavan), mother (Gandhimathi), and sister Kaveri (Vijayakumari) in Puliyancheri village. Ayyakannu works for the landlord (T.K. Bhagawathi). Kaveri is separated from her husband Marimuthu (R. Muthuraman) when she suspected an affair. Manickam fights with the landlord for higher wages. The sight of Manickam's hut next to the landlord's house irritates his son Rajavelu (M.N. Nambiar). The landlord discusses with another landlord Singaram (Nagesh) on how to tackle Manickam. He tells him to use the promissory note given by Ayyakannu for the loan he availed for Kaveri's marriage and seize the land. The landlord does the same. Ayyakannu expresses his inability to pay and the landlord offers two solutions; either to sell the land next to their house to them or asks Manickam to work on their farm for a year. Manickam agrees to work on their farm and settle the loan.

One day, Rajavelu and Sakuntala leave to the city to meet the bridegroom fixed by Rajavelu for her. That night, the landlord is pushed by Singaram to stand for the village Panchayat chief's election. Manickam decides to contest against him. Singaram challenges Manickam that if the landlord wins, Manickam has to leave the village and if the landlord loses, the landlord will marry his daughter to Manickam. The landlord hesitates initially but Singaram convinces him on his bright chance to win and he agrees. Manickam also agrees and both sign in a stamp paper in the presence of villagers.

The election takes place and Manickam wins. It is then revealed that it was Singaram's plan to defeat the landlord. The landlord tries to flee the village with his daughter, who just returned from her trip. However, Manickam and the villagers stop his car and demand the landlord to fulfill the promise. The landlord pleads with Ayyakannu and Sakuntala overhears this and gets angry with her father for having pawned her in an election. Rajavelu is furious with both his father and Manickam. The landlord falls ill and his wife, Alamelu (S. Varalakshmi) says that either Sakuntala needs to marry Manickam or her father will die. Sakuntala agrees and the marriage takes place, shattering all her dreams.

Manickam and Sakuntala begin their new life and he tells her that it was love at first sight for him. However, she does not approve and tells him not to touch her without her permission and he makes a vow not to till she accepts him.

After a few days, Sakuntala is unable to stay with Manickam and returns to her home. Manickam comes to her house to take her back but Rajavelu refuses to send her. Soon Singaram informs Rajavelu that Manickam is planning to remarry. Alamelu advises Sakuntala to respect Manickam as her husband, else to remove the 'thaali' (sacred thread) worn by her. Sakuntala returns to Manickam's home. Singaram also spreads the news that Manickam is planning to get his sister Kaveri married again and Marimuthu gets upset hearing this.

Sakuntala adjusts to Manickam's lifestyle and starts working in the field. One day, frustrated with her life, Sakuntala tries to commit suicide. Manickam follows her and saves her in time and expresses his true love and now gives her a choice of dying in her hands or to remove her `thaali' so that she can live on her own freely. Sakuntala realizes his true love and goes home with him.

Meanwhile, Kaveri goes in search of Sakuntala. Rajavelu stops her and teases her about her lonely life. Kaveri in anger spits on him, and Rajavelu orders his dog to attack and disrobe her. She gets hurt and manages to get a saree from the temple and out of anger burns Rajavelu's fields. Manickam who goes in search of her sees her act, sends her home, and takes ownership for burning the fields. Ayyakannu brings him to the village panchayat and whips him. Rajavelu is not satisfied and tries to whip him further. Sakuntala intervenes and stops him and reveals the truth to everyone. Rajavelu refuses but Marimuthu arrives with Kaveri and attacks him for insulting his wife. The villagers get angry and try to kill Rajavelu but Manickam stops them. Sakuntala realizes the goodness of Manickam and accepts him as her husband. 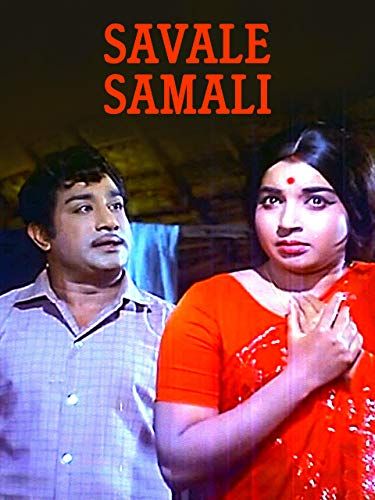