Vishnu is reached by Valuka, who is residing among the Seven Hills, which are the personal embodiments of Hanuma, Garuda, Neela, Vrishabha, Venkata, Narada and Sesha.

He met Mahalakshmi, born as Padmavathi accidentally and they fell in love and their marriage was performed in pomp by her parents Akash Raja and Dharani Devi.

As Narada was singing the praise of the Lord in the skys, Sani who overheard it got wild and wanted to show his supremacy.

Sani went to the Seven Hills and soon realised that Lord is much more powerful than himself.

So he prayed to Lord and got a boon from him that the Lord should not interfere in his duties.

After some time....A marriage was solemnised between Jayshree (the Heroine of this picture) and Jayraj (the Hero) by their parents.

A great Astrologer with his wife and only daughter who is dumb, came to their village and his greatness was soon recognised by their parents.

He was requested to fix up an auspicious Muhurtham for their marriage.

He found out that the boy is born under an evil spell of Sani; but if he is married to the girl, whose horoscope is very auspicious, the spell can be stayed.

So he advised the mother of the Hero to observe certain religious rites before marriage in order to please Sani.

Lord Sani himself came to perform the Pooja; but due to the insolent behaviour of the Groom's father, he got wild and cursed the family resulting in the father's death and loss of all their property.

Jayshree after hearing the news, was adamant and refused to back out of the marriage and everyone had to concede.

Varahamitra realised that Lord Sani was bent upon to see the marriage should not consummate and gave all his powers to Jayraj which could extend his life by just seven weeks.

Varahamitra has advised that a Viratam by name Yedukondala Swamy Vratham should be performed to please the Lord Venkateshwara and before he could tell about it, he was stroke fatally by Lord Sani and was dead on the spot.

Indespatratiar Jayshree appealed to Lord Venkateshwara, and Padmavathi. Padmavathi who could not stand the agonies of a lady came to earth as a Yogini.

Padmavathi instructed Jayshree as to how to perform the Vratham and started guiding her.

The Vratham extends over a period of seven weeks and each week a guest had to be invited to partake food.

As other villagers were hostile, every week one of the Seven Hills, came as Guests.

During this Vratham, Padmavathi enlightens them as why Laddu is given as Prasadam and why the hair is offered to the Lord in order to please him.

As the Vratham progressed, the surrounding villages were struck with famine and people attributed their misfortune to Jayshree's family.

On the last day of Vratham they came under the leadership of their local leader.

Jayshree sacrificed and Sani started gloaring that he was successful n spoiling her Vratham.

Then Narada started chiding him and Sani regretted his own conduct.

They appeared and clarified the matter that in Kaliyuga Lord Venkateshwara is the Supreme as He is the embodiment of all the few deities.

Yama repented and withdraw Jayraj became normal and everyone praised Lord Venkateshwara as showed his Vishwarupam. 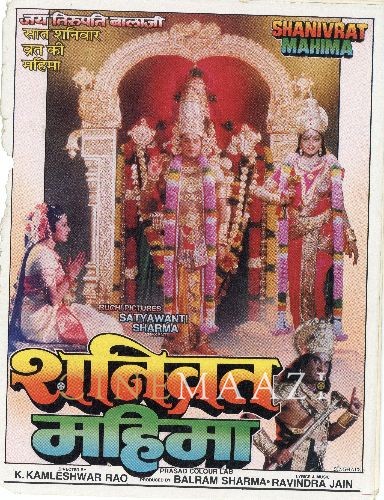 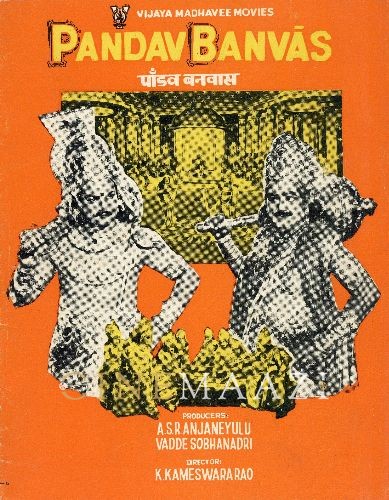