Theeviravaathi focuses on the life of a 19-year-old woman, Malli (Ayesha Dharkar), a ruthless terrorist in a terrorist organization of an island. Her brother Ramu was the first terrorist to die by consuming cyanide during a mission against the army and her lover (K. Krishna) also died in the operation. She commands good respect among the cadets.

At Camp 1, the Commander (Sonu Sisupal) discusses with the woman terrorists about who can be the human bomb for a big assassination mission. Many express their interest including Malli and the Commander selects Malli for the Mission.

Lotus (Vishwas), a young boy shows the way to reach the place of the Mission. Malli kills the army man who comes in search of her and escapes in a boat. She is received by Perumal (Bhanu Prakash) and Thyagu (Vishnu Vardhan) and is taken to a farmer Vasu's (Parmeshwaran) house which is close to the place of the Mission. Perumal introduces Malli as his cousin doing research on farming. He allows her to stay in his son's room as he has gone out on his photography assignment.

The assassination is planned for the 20th of the month, which is four days.away. Malli has to put the garland on the leader and the bomb will burst and they rehearse this in the house. Vasu's wife Padmavathi (Bhavani) is bedridden for 7 years due to disease and she is being given treatment at home by Vasu.

One day while doing her daily exercises, Malli faints and Vasu reveals to her that she is pregnant and talks about the value of becoming a mother. Malli is shocked. She starts developing a feeling for the unborn child. During the rehearsals, she becomes uncomfortable about the suicide mission. Vasu is happy and keeps motivating her about the pregnancy and expresses his desire to be the grandfather to Malli's child.

The day of the mission arrives and Perumal asks her to be ready. Vasu talks about his son, who is actually dead seven years ago but living in their hearts and says that Malli too is in his heart now as a daughter. Malli gets ready for the mission. Perumal prepares her with the suicide bomb belt. She says bye to Vasu and then to Vasu's wife who holds on to her hand despite being in a pre-coma stage. Malli manages to pull out and goes with Perumal.

They reach the location where the leader is expected to arrive. Perumal is waiting as a media man while Thyagu is officiating as a photographer. Women wait in the queue to garland and Malli is ready with hers. The leader arrives and its Malli's turn. She puts the garland and tries to press the detonator to blast the bomb. But, she is unable to do so, as her emotions of being a mother does not permit her. She gives up and instead of pressing the button receives the flowers from the leader. The film ends with this. 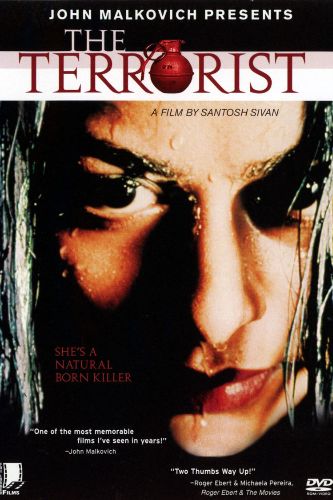