Karan Saxena (Sunny Deol) is an honest Police Inspector whose motive is to curb the illegal trading of arms and ammunition which is the main cause of growing terrorism. Disturbed by Karan's activities, a dreaded terrorist Bhujang (Amrish Puri) traps Karan under false accusation. Thus Karan is found guilty in the court for the crime which he has not committed. So as a punishment Karan is transferred to Madhopur from Bombay. For this Karan has to break-up with his fiancee, Divya (Madhuri Dixit).

Jaisingh (Naseeruddin Shah) is a dynamic dashing young man of Madhopur who always fights for the rights of poor and needy people and stands against the fraudulent and malicious activities of rich money lenders. In Madhopur Jaisingh meets Karan after initial misunderstanding and confrontation, but later they become best of friends. Karan and Jaisingh promise each other to condemn evil and anti-national elements in the society and bring amicable peace. In the meantime Jaisingh falls in love with a beautiful actress Renu (Sonam) from Bombay.

Ravi (Jackie Shroff) is a rebellious character who does not hesitate to take law in his hands whenever required. That is why there are differences between himself and his law abiding and honest father, Commissioner Mathur (Anupam Kher). Ravi is forced to break the barriers of law under certain circumstances and becomes a criminal in the eyes of Commissioner Mathur and the law. Ravi joins the tyrant Bhujang and his formidable gang with the purpose of reaching their roots and destroying them. There Ravi meets Natasha (Sangeeta Bijlani). Natasha is working with Bhujang to take revenge of her brother's death, who was killed by Bhujang. Ravi and Natasha fall in love with each other.

Now Bhujang's gang attempts to kill Karan by Bhujang's order, but Karan manages to escape miraculously. Karan, a changed man now, decides to take law in his hand and swears revenge on Bhujang.

Jaisingh who thinks that Karan is dead, vows an avenge on Karan's death and goes to Bombay in search of killers.

After many dramatic turns, twists & modes Karan, Ravi and Jaisingh come together and emerge as ''TRIDEV" to liquidate Bhujang and his gang.

When the time comes for "TRIDEV" and Bhujang to come face to face and confront each other, it leads to a most breath-taking and explosive climax.

How do "TRIDEV" take up Bhujang's challenge? And how do they succeed ?

Does Commissioner Mathur realise his mistake and forgive Ravi?  Does law hold "TRIDEV"guilty ?

Is the mission towards eradicating terrorism accomplished in the end ?

For these answers you have to watch "TRIDEV" on the silver screen.

''TRIDEV" - A VOLCANIC SAGA OF THREE ANGRY MEN, THEIR FIGHT AGAINST CORRUPTION, INJUSTICE AND ANTI-NATIONAL ELEMENTS PREVAILING IN THIS SOCIETY. 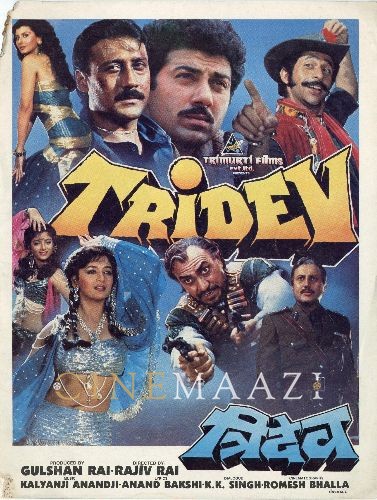 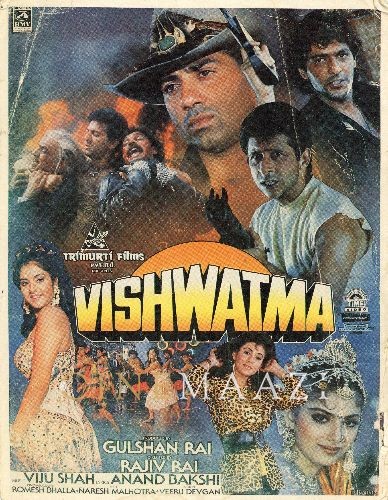 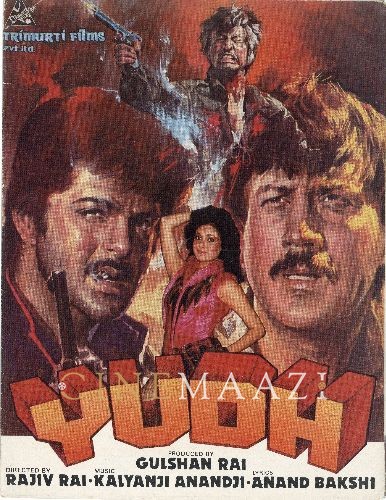