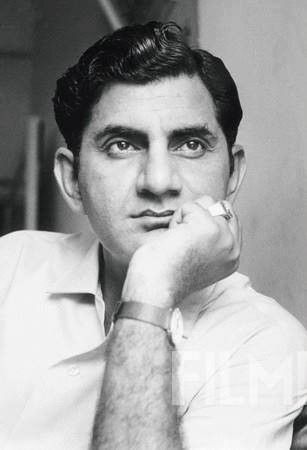 Anand Prakash Bakshi was born on 21 July 1930 in Rawalpindi. His mother, Sumitra Bali, died when he was hardly six years old. He grew up with his grandfather, a jailor by profession. Bakshi finished his schooling in Rawalpindi, but he dropped out before completing his matriculation.

Following the Partition, Bakshi came over to the newly formed nation of India with his family in October 1947. He wandered between Delhi, Poona and Lucknow in search of employment. He was eventually enlisted as a sepoy in an army recruitment office in Lucknow. Placed in the Signal Corps, he worked at the telephone exchange service. In his spare time, he also wrote poems for publication in small community journals.

After three or four years in the army, Bakshi was forced by family circumstances to seek a discharge. He subsequently came to Bombay, where he started looking for work in tinsel town. When his efforts did not prove to be fruitful, he decided to return to the army. He served for another four years as an automobile electrician in the EME (The Corps of Electrical and Mechanical Engineers). He married in the meantime, and his wife’s illness compelled him to leave the army.

Anand Bakshi remained unemployed for some time after, utilizing his time writing poetry and song lyrics. He attempted once again to enter the world of cinema, landing in Bombay armed with 60 ready songs. As he struggled to find work, he slept in dingy guest-houses and wrote poetry at the Marine Lines station. Close to giving up, he was persuaded to stay on by a ticket collector, who offered him a place to stay. Bakshi stayed with his benefactor for three years.

Unbeknownst to him, Bakshi’s luck turned when Bhagwan Dada bought four songs from him for the film Bhala Aadmi (1958). Later, his personal idol Sahir Ludhianvi, along with his distant relative, Sunil Dutt, came forward along with others to help him in his career. One of the six songs in the film Silver King (1957) was also penned by Anand Bakshi. Unfortunately, the film was banned by the censor board at the time. Four other films released in 1958 featured his music, namely, Hum Bhi Kuchh Kam Nahin, Miss Toofan Mail, Pehla Pehla Pyar and Sun To Le Hasina. Writing lyrics for almost a dozen films between 1959-60, AnandBakshi finally found his footing in the industry with the song Dhalti jaye raat keh le dil ki baat for the film Razia Sultana (1961). The song was voiced by Mohammed Rafi and Asha Bhonsle under the direction of the composer Lachhiram.

Anand Bakshi's big break came with Hiren Khera’s Mehndi Lagi Mere Haath (1962), the first film to give him solo credit for lyrics. However, the wait for success continues, and in 1964 his lyrics for the film Jab Jab Phool Khile(1965) finally earned him his rightful place in the limelight. Picturized on the lead couple, Shashi Kapoor and Nanda, all the songs from this film were popular with the audience, including Pardesiyon se na ankhiyan milaana, Yahan main ajnabee hoon, and many others. When Laxmikant-Pyarelal had worked as assistants to Kalyanji-Anandji, they had met Anand Bakshi. He was thus their first choice of lyricist to work with when they became independent composers, and they enlisted his services for their film Mr X In Bombay(1964).

Anand Bakshi's success skyrocketed with his work on the film Milan (1967). His meteoric rise coincided with Rajesh Khanna’s superstardom. He wrote songs for most of his hit films including Aradhana (1969), Do Raaste(1969), Aan Milo Sajna(1970) and Kati Patang (1970). In Aradhana, Bakshi worked with the legendary S.D. Burman for the first time. Kishore Kumar, still struggling to find recognition as a great singer of his times, found his niche with Rajesh Khanna on the screen mouthing Bakshi’s lyrics. The tremendous success of the Aradhana and Kati Patang soundtracks led Shakti Samanta to gift him a Chevrolet car. But due to his principles, he refused to accept it as a gift and chose to pay for it instead. Soon, he was a sensation, and the partnership of Kumar-Bakshi won hearts with songs like Mere sapnonki rani, Roop tera mastana, Kora kaagaz tha ye mann mera (Aradhana), Bindiya chamkegi, Mere naseeb mei nae mere dost (Do Raaste), Achatoh hum chalet hain (Aan Milo Sajna), Yeh sham mastaani and Pyardiwaanahotahai (Kati Patang). Bakshi also wrote for the famous melodies Ek banjara gaye, jeevan ke geet sunaaye (Jeene Ki Raah, 1969), Jhilmil sitaaron ka aangan hoga (Jeevan Mrityu, 1970), Khilona jankar tum toh mera dil (Khilona, 1970) and Mere mitwa mere meet re (Geet, 1970).

Having worked with a number of music directors like Anil Biswas, Kalyanji-Anandji, Laxmikant-Pyarelal, Roshan, S.D. Burman and R.D. Burman, Bakshi was adept at tailoring words to a pre-composed piece of music. However, there were also exceptions, like the song Khate hain, peete hain from the film Chhota Bhai (1966), which was written before it was set to music.

By the 1990s, a number of new composers and lyricists had come into play in the industry. While the popularity of composers like Laxmikant-Pyarelal and R.D. Burman was beginning to fade, Bakshi continued to write, though less frequently. His songs like Meri bindiya teri nindiya (Lamhe, 1991), Saat samundar paar main tere peechhe peechhe aagayi (Vishwatma, 1992), Jaadu teri nazar (Darr, 1993), Tujhe dekha toh ye jaana sanam (Dilwale Dulhania Le Jayenge, 1995), Do dil mil rahehain (Pardes, 1997), among many others, continue to resonate as classics to this day.

With a career spanning over 40 years, Anand Bakshi wrote over 4000 songs for around 600 films and has the record for writing the most songs for Hindi cinema. His longevity and versatility was such that he is the only lyricist to have worked with six father-son composers - S D and R D Burman, Roshanlal Nagarth and Rajesh Roshan, Anil and Utpal Biswas, Sardar Malik and Anu Malik, Kalyanji and his son Viju Shah, and Chitragupt and his sons Anand-Milind. He also had a small career in singing. For the film Mome Ki Gudiya (1972) he sang two songs, Main dhund raha tha sapnon mein and Baagon mein bahar hai. He won four Filmfare Awards over the course of his career.

Anand Bakshi passed away on March 30 2001 at the age of 72 in Mumbai’s Nanavati Hospital due to multiple organ failure. 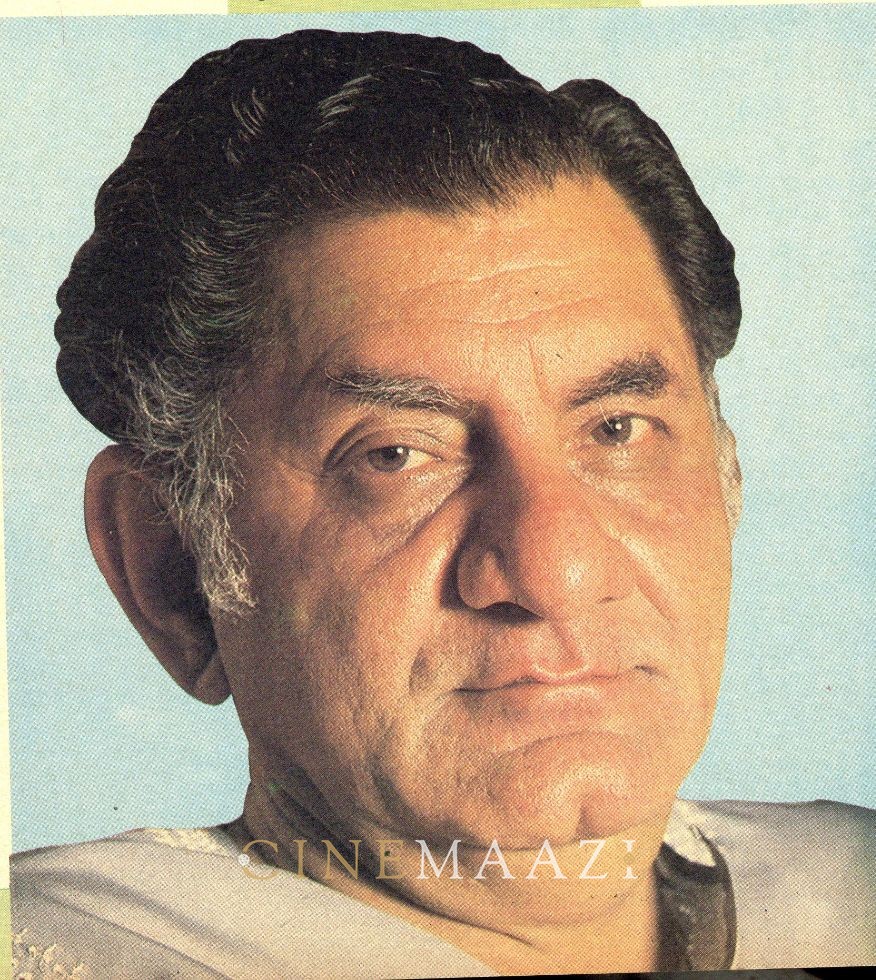 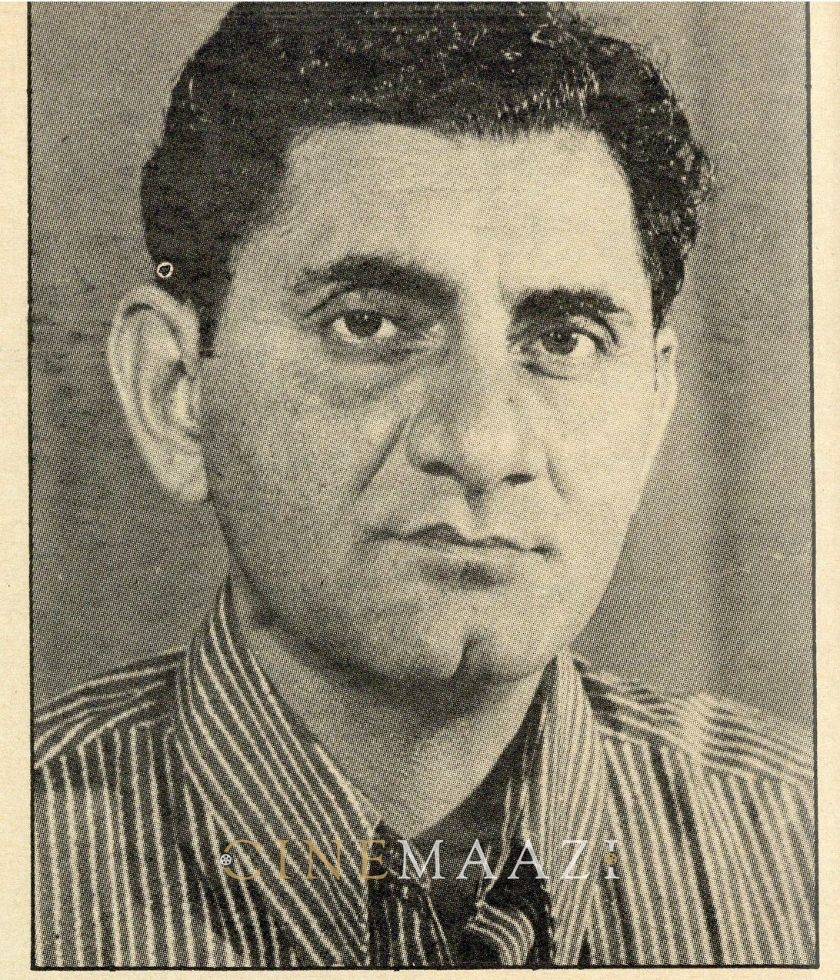