The film "Vijay” is based on the life story of such characters that are in the battlefield of life.

They are bound by relationships of love, friendship and then suddenly they take up their weapon against each other.

Lala Yoddhraj is a very big industrialist who wishes to run not only the machines in his factory but also the lives of his children at home. But he forgets that there is a difference between the rhythm of machines and the rhythm of heartbeats.

His daughter Suman marries Ajit against the wishes of her father and leaves home. But despite this, there is no change in his way of thinking. When his son Shashi falls victim to an accident he is totally shaken.

But blood ties are after all very strong and after this incident, the daughter comes back to become her father's support and her child Vicky becomes the apple of his eye.

In Vicky, Yoddhraj can see himself as he was when he was a child. Now he doesn't want to lose Suman and Vicky, so he makes Suman the Managing Director of his company. But Ajit does not like this, whilst Suman does not want to leave her father in such circumstances. As a result, there is a rift in their relations.

The seed of hatred that was sown in Vikram's heart against Ajit during his childhood has now grown like a strong tree. On the other hand, Vikram cannot stand the idea of his father working in Arjun's company. This incident becomes a turning point in their lives.

Time suddenly takes a turn and Arjun and Vicky are now sworn, enemies. Arjun's father Oujral's untimely death fans the flames of their enmity into becoming a 'Mahabharat'.

By and by the battle of 'Kurukshetra' commences between them. On one side of the field are Ajit, Arjun, and Sapna, and on the other side are Yoddhraj, Vicky, and Suman. These two families are caught in a difficult situation. What is the result of this war? Are Suman and Ajit reunited? What happens to Vicky and Arjun's friendship? Who wins and who loses?

All these are question marks-
Only time will answer these questions. 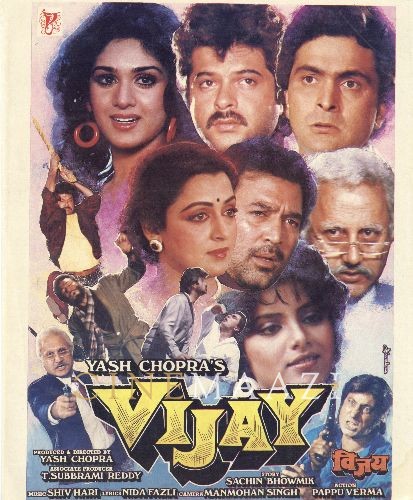