The "NEEDS" of human life and the "WANTS" of human mind have been and are still playing very prominent and important part in the civilised life, in fact the whole existence of mankind is a BATTLE between the "needs" and "wants" and the weapon with which this BATTLE is being fought is exploitation. There are some people who have more than they need and still want more and there are some who do not have their needs and need more and so the exploitation is the only link between these two classes of human population covering the whole world.

There are lot of ways to have one's needs or to earn them some of these ways are approved and fixed by society and some condemned and rejected but both are existing rather the later are more in practice than the earlier. An educational degree, experience, honesty, truthfulness, art, physical labour, all these approved ways of earning one's needs are failing miserably on the other hand dishonesty, corruption, bribery, influence, sex, favouritism, all these and lot more condemned ways of earning are astonishingly successful, and because the civilisation has failed to wash out the belief of a man in luck, so the GAMBLING is another way of earning or losing, whatever he luck decides, this way of earning is legal in certain form and illegal in other.

Anju, Vijay and Danny three middle class students, after obtaining their degrees from the college, start searching for a suitable and honourable JOB. Anju gets it first because she is a girl but then loses it also because her boss wanted something more than her services.

Danny gets a hope of getting it but there was something more with the job, the sex hungry body of the female boss. He denies the offer because he believed that sex is something which should not be forced upon, it has to be of one's own choice and taste, and Vijay never got it because he believed in honesty and truthfulness.

Danny accepted the course of physical labour and started working as a mechanic in a motor garage, and because he believed in luck also, he went on buying lottery tickets every month.

Vijay meets a very serious accident and lost his both the legs. Lots of people including Danny and Anju wanted to do a lot for Vijay but they were all helpless...

PERHAPS AN HONOURABLE JOB MIGHT SAVE A LOT OF LIVES. 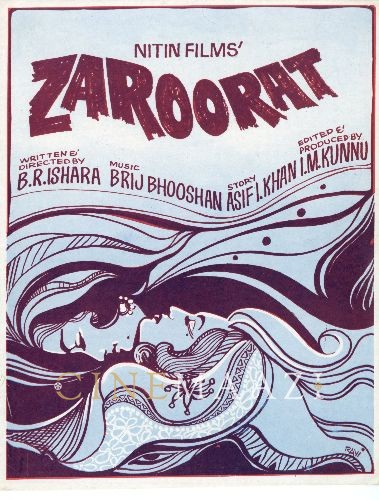