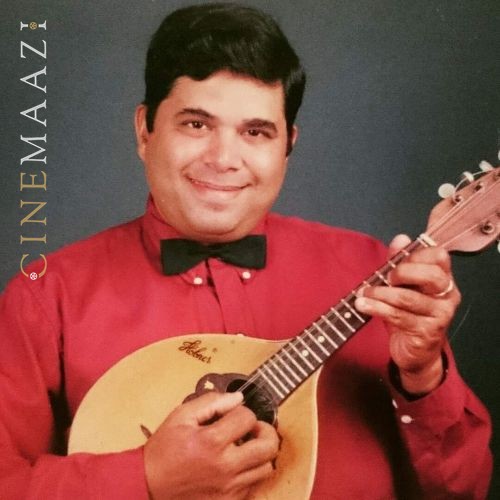 Agostinho da Cruz is an award-winning musician, arranger, composer and producer. Being introduced to guitar at the tender age of eight by his father proved to be a transformative moment in his life.
He learnt notations from Rosario Dias who was an expert in playing musical instruments like the clarinet, saxophone and violin. He proceeded to Margao’s School of Music where he gained expertise in violin under the tutelage of Jacinto Rodrigues and Fr. Camilo Xavier. He trained himself in music for fourteen long years and passed the violin and music theory examinations of Trinity College of Music where he earned a performance certificate.

At the age of twenty he was an adept at setting music and he presented on stage in Margao a performance of sixteen of his own compositions comprising of twenty musical instruments with. His compositions had influences of waltz, tango, polka, fox trot, folk and Latin American music. These tunes attained great popularity at the time.

He has mastered the violin, mandolin, piano, and guitar. He has played for Taj Group of Hotels for over forty years which has allowed him to travel to Mumbai, Delhi, Chennai, Hyderabad, Bangalore and Kerala. He has his own trio called Serenades Trio who have played in multiple venues across India as well as Kuwait.

He has his own recording studio called Cruz Recording Studio. He is a member of the group Kuddttorechim Sallkam (Lotus from Curtorim) which participates in Goa’s popular folk dance Mando festival which has earned several prizes.

He has two bands of his own, one is instrumental and the other is a ten-piece orchestra and has produced an album entitled Great Goan Hits.

He is a recipient of many awards for Mando (folklore) festivals. He has provided music to several Konkani films. In Mogachi Zhor (2009) he composed ten songs viz Fatima Saibinn (Our Lady of Fatima), Mogachi Zhor (Fountain of Love), I Love You, American Doll, Io go Jakin (Come Jacqueline), Happy Birthday, Goenkar Pordesant (Goans Abroad), Mhojea Mogachem Bai (My darling baby), Goenkar (Goans), Sweet Love. For MMS (2015) he has composed two songs Mog Mhaka Tuzo (I have Love for you) and Roddttam Chintun (Pondering I lament). Besides this he has provided music for telefilms such as Kantteantlem Ful (Flower From the Thorns), Vismit (Miracle), Zobabdari (Responsibility), Konn to Zobabdar (Who is responsible), Moriad (Respect). His other notable albums are Top Hits from Portugal and Goa, The Best of Agostinho da Cruz, The String Ensemble, A Touch of Class, Goa Goes Instrumental and Sweet Melodies.