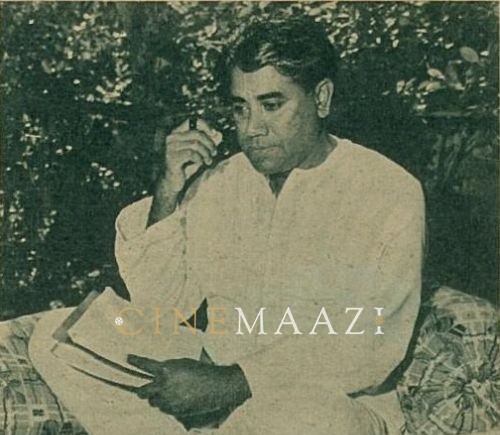 “Chinoy Seth, jinke ghar sheeshe ke hon woh doosron par patthar nahin phenka karte” (Chinoy Seth, those who live in glass houses should not throw stones at others). The famous dialogue from the multi-starrer film Waqt (1965) immediately evokes Raaj Kumar’s signature dialogue delivery for most. Few, however, would remember who wrote this iconic dialogue. This and many other oft-quoted, catchy dialogues for films were the work of the scriptwriter Akhtar-ul-Iman. To this day, Akhtar-ul-Iman is remembered and honoured as one of the foremost shayars of the Urdu language, but screenwriting for films was his primary source of livelihood.
Born in the Bijnor district of Uttar Pradesh on 12 November, 1915, Akhtar-ul-Iman was the son of a maulvi who taught at a nearby madrasa. He received his primary education from the same madrasa. At the age of eleven, he ran away from the madrasa and came to Delhi where he took shelter in an orphanage. As he grew up, he began to work jobs while still a student. During his studies, Akhtar-ul-Iman realized he had a talent for writing poetry. He kept up his writing even as he worked as a teacher, researcher, and radio artist while completing his M.A. from Aligarh University.
In 1944, Akhtar-ul-Iman travelled to Hyderabad to participate in a mushaira with Josh Malihabadi. Josh Malihabadi was working with Shalimar Pictures in Pune as a lyricist for film music at the time. When Akhtar spoke to him about his future, the latter took him to Pune. Subsequently, Akhtar-ul-Iman started working as part of the story department of Shalimar Pictures. As part of this department, he wrote the screenplay and dialogues for films directed by W.Z. Ahmed. However, Shalimar Pictures closed down, and he had to move from Pune to Bombay.
Once in Bombay, Akhtar-ul-Iman wrote the screenplay for a number of films like Jharna, Actress, Nirdosh, Nagma, and Bikhre Moti. Despite his prolific writing, he only gained a firm footing as a scriptwriter when he began to write for the films of B.R. Chopra. He went on to win the Filmfare Award for B.R. Chopra’s Dharmputra (1961), and Waqt (1965).
Post-independence, like many other writers associated with the Left, Akhtar-ul-Iman was arrested and sentenced to imprisonment. He remained in Mumbai’s Arthur Road jail for a period of ten months.
In his entire career, Akhtar-ul-Iman only once took up the mantle of a lyricist—for the film Bikhre Moti in 1951.
A devoted family man, Akhtar-ul-Iman had three daughters and one son, and he dedicated his life to their care. His eldest daughter Shehla married the actor Amjad Khan. On 9 March, 1996, Akhtar-ul-Iman passed away in Mumbai.