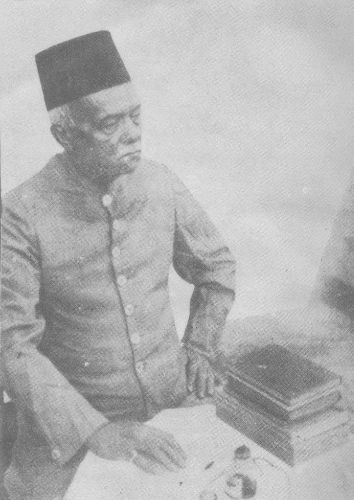 While Hindi cinema is noted across the world for its special attention to song and dance sequences, the lyricists for these songs are rarely lauded for their immense contribution. For the Indian film audience at large, it is often the music accompanying a film that clinches its hit status. Among other pioneers of the early phase of Indian talkies, the poet Arzoo Lakhnavi’s name crops up often as one of the most celebrated lyricists of his time.
Arzoo Lakhnavi was born Sayyad Anwar Hussain on 16 February 1893 in Lucknow, Uttar Pradesh. Though associated with the army, his entire family was steeped in their practice of literature and poetry. This erudite atmosphere had such an influence on the young Sayyad that he immersed himself in books at an early age. He started writing shayari under the pseudonym Arzoo Lakhnavi, and by the age of 18, he was one of the most remarkably accomplished poets in the field. Soon, he developed a keen interest in theatre, and tried his hand at writing a play, which was very well received by its audiences.
By the time Arzoo travelled to Kolkata to participate in a mushaira, his first play, Matwaali Jogan, had already been published. Word of his skill had reached a few directors of Parsi theatre, and they reached out to Arzoo to commission plays from him. Delighted by this opportunity, Arzoo started writing for theatre on a regular basis. Meanwhile, he continued composing shayari. His exceptional talent for writing lyrical poetry using simple language meant that he soon became one of the most popular writers of Urdu literature.
With the advent of the talkies in Indian cinema, filmmakers began to keep a lookout for authors who were adept at both writing scripts for plays as well as shayari. Other writers like Agha Hashr Kashmiri, Pandita Narayan Prasad Betab and Radhe Shyam were soon signed by film producers. Birendra Nath Sircar, the founder and owner of New Theatres in Calcutta, was impressed with Arzoo’s writing when he watched a play penned by him, and employed him as the head of the story department in the company.
Arzoo thus made his film debut as a lyricist and dialogue writer with the film Manzil in 1936. Under the same banner, his lyrics for the film Mukti, voiced by Pankaj Mullick and the singing star Kanan Devi proved to be vastly popular across the country. Delivering one success after another, the 1939 film Dushman featured Arzoo’s lyrics sung by Kundan Lal Saigal, in whose voice the lyrically expressive “Karun kyaa aas niraas bhai” was immortalized.
Arzoo continued to make his mark as a lyricist with his next few films like Jawani Ki Reet (1939), Lagan (1941), Nartaki (1940), Zindagi (1940) and Doctor (1941). Though he was best known for his lyrics, Arzoo also wrote stories and dialogues for a number of films around this time. In 1942, the producer-director Mehboob invited Arzoo to work with him, and he moved to Mumbai.
His first collaboration with Mehboob was for the acclaimed film Roti (1942), for which he was one of four lyricists. Out of nine songs penned by Arzoo, four were graced by the famed voice of Begum Akhtar. One of these songs, “Ulajh gaye nayanwa chute nahin chhutaye”, became so popular that she would repeatedly receive requests to sing it during her public performances for years to come.
In the coming decades, Mumbai was flooded with new, upcoming lyricists. On the other hand, films were expanding in their scope as well as the actors they featured. Weighed down by his age, Arzoo decided to move to Pakistan. After a long, full life, he passed away on 16 April 1961.