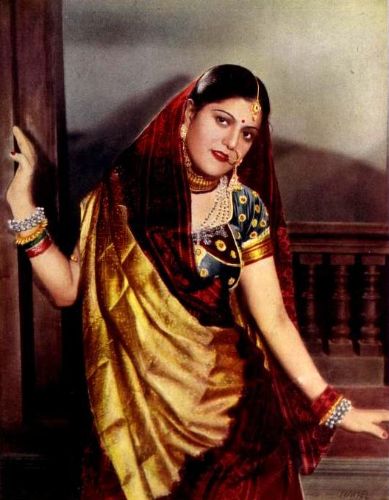 Sardar Akhtar was born on 1915 in Lahore, from whence came many upcoming stars in an undivided India. She started her career in Urdu theatre. As a part of Madan Theatre’s travelling troupe, she came to Bombay and wooed the audience with her performance. She was given many offers to join the film industry after her performance on stage. In 1932, she made her debut on the silver screen with Id Ka Chand, directed by Anand Prasad Kapoor where her co-star was the renowned singer-actor Ashraf Khan.
Akhtar performed in numerous stunt and adventure films like Tilasmi Talwar (1934),Delhi Express (1935), Misar Ka Khazana (1935), Sher Ka Panja (1936), Khwab Ki Duniya (1937) and State Express (1938). While she wielded swords and fought goons in these films, her versatile performance allowed her to create an alter image. Her performance as a wronged woman in Ram Daryani’s Sangdil Samaj(1936) won applauds from critics.

Impressed with her talent, Mehboob Khan approached her to play the lead in his next venture Manmohan (1936) but she refused due to her binding contract with Daryani.  Sardar Akhtar gave a spectacular performance in Vijay Bhatt’s film Poornima (1938) as a daughter of a prostitute who struggles to live a dignified life. This performance earned her some attention from the industry and audiences. Success doesn’t have a benchmark and Sardar Akhatr’s career was only starting to see the fruits of all her hard work.
In 1939, she played the character of a dhoban called Rami in Sohrab Modi’s Pukar. Chandra Mohan and Naseem Bano played the lead actors but she believed that her character of a washerwoman was pivotal to the narrative. Sardar Akhtar enjoyed performing dramatic scenes that gave her an opportunity to explore the spectrum of emotions of a character.

Sohrab Modi's film Bharosa (1940) which starred Chandra Mohan and Mazhar Khan alongside stirred some controversy back in those days. Akhtar’s performance of a Hindu religious dance in the film was deemed sacrilegious according to a section of the Muslim press.

Mehboob approached Akhtar through her brother-in-law A R Kardar, a second time to star in his film Alibaba (1940). Her performance was appreciated despite the film’s failure in the box office. But their collaboration in Aurat (1940) took her career to a new high. Radha, her character, was a peasant woman who was abandoned by her husband who struggled to raise her sons. This character later influenced Nargis’ iconic role in the epic Mother India (1957).  Akhtar was of the opinion that her portrayal of Radha was her best performance in her entire career.

On 24 May 1942, she got married to Mehboob. His new banner’s Najma (1943) had a massively successful run at the box office, and the couple was settling into a prosperous bliss. She completed her work in Fashion (1943) and Rahat (1945) and took a step back from work to devote her time to her family. In 1971, she made a comeback as a character artist with O P Ralhan’s Hulchul. After Mehboob Khan’s death, she took over the running of his studio. She was particularly known for the earthy tones of her voice, which lent itself perfectly to the more grounded characters she played.  Some of her other notable films are Karodpati (1936), Khwab Ki Duniya (1937), Pooja (1940), Ghar Sansar (1942), Phir Milenge (1942) and Jai Maata Dee (1977).

She was a foster mother to Sajid, who acted the role of Briju in her husband’s film Mother India. She raised him to be a fine artist. Sardar Akhtar passed away on 2 October 1986 in New York. 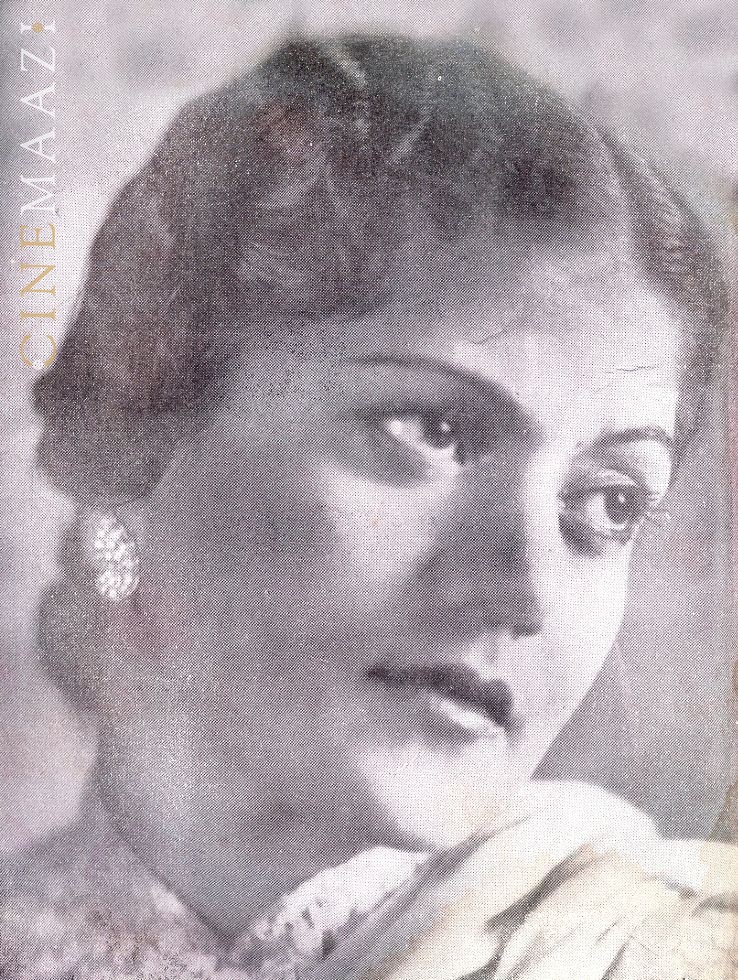