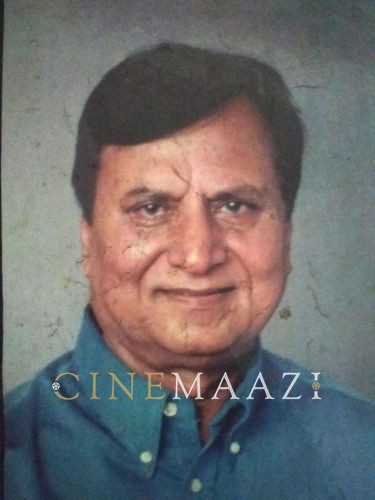 The renowned actor, producer, director and writer Buta Singh Shaad is a multi faceted personality with rare distinctions. He is the author of 24 popular novels in Punjabi, writer-producer-director of 8 Punjabi Blockbusters and the maker of 11 big-budget Hindi films. Matching to his name Buta Singh ‘Shaad’, he always tried to keep his readers and cine goers happy (Shaad) through his works whether it is a novel or a movie. His 18 most popular novels were published in 5 big Volumes which reflected his immense popularity.

Buta Singh ‘Shaad’ was born on 12 November, 1943 at Village Daan Singh Wala (District Bhatinda). He was brought up and educated in Punjab, where he did his M.A. in English Literature. During his studies he wrote stories and novels for newspapers and periodicals. After his degree, he served as a Lecturer in a college for two years. Shaad grew up with the dream of portraying rustic life in his writings. His dexterity in weaving up problems of individuals, society, commonplace incidents and unusual phenomenon earned Shaad a special place in Punjabi literature. He has written 6 short story books and 27 novels. His popular novels include Adhi Raat Pehar Da Tadhka, Rohi Da Phul, Dil Darya Samundron Doonge, Meri Mehndi Da Rang Udas, Mul Vikda Sajjan, Sikh, Dharti Dhak Singh, Noorie, Tere Kiya Meetha Laage, Rang Tamashe, Sandhuri Ambiyan and above all Kutiyan Wale Sardar, which is his most renowned creation. His writing played a major role in bringing him to the world of films.

As a producer and writer his maiden movie was a Punjabi movie Kulli Yaar Di (1970), in which he also played the lead role of Harvinder Singh. The film was well received in Punjab as he happened to be first Sikh gentleman hero. His next Punjabi film Mittar Pyare Noon (1975) which was written, produced and directed by him, proved to be a smashing hit. It was followed by repertoire of Punjabi films like Sachcha Mera Roop Hai (1976), Giddha (1978), Saidan Jogan (1979), Vairi (1994), Shaktishali Maa , Laali (1998) and many more.

Starting from a nondescript dusty village in Punjab, this Punjabi novelist has carved out a niche for himself in the tinsel town. His first big-star-cast movie in Hindi was Nishaan (1983), produced under his banner Brar Production. The film directed by Surinder Mohan, had Jeetendra, Rekha, Rajesh Khanna, Poonam Dhillon and Amrish Puri in the cast. Then he went on producing Hindi and Punjabi films one after the other. Some of his important Hindi movies are: Himmat Aur Mehanat (1987), Kasam Vardi Ki (1989), Insaaf Ke Devi (1992), Pehla Pehla Pyar (1994), Smuggler (1996) etc. During his extended career in Hindi cinema, he got the opportunity to work with famous cinema stars. He introduced Tabbu against Rishi Kapoor in Pehla Pehla Pyar.

The turnaround from writing novels to producing movies was not a sea-change for him. He feels that both forms of art belong to the same genre. According to him, a novel presented on celluloid becomes a movie while on paper it retains its literary form only. For him, writing a novel is like expressing a thought, which should be penned down the minute it hits the brain.

He was also a member of Censor Board of films for 8 years. He was the Vice-President of IMPPA and had been its Executive Committee Member for 18 years. He was planning to produce an ambitious venture Khalsa, but his health did not allow him to continue with the project. He has now said good-bye to cinema and settled in his village near Sirsa.