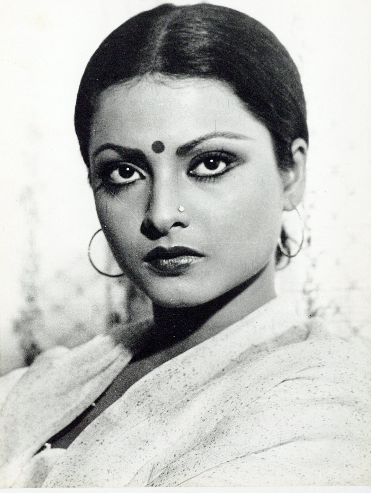 ‘A Hindi movie miracle’ - Thus does author-film critic Anupama Chopra describe actress and one of the biggest stars of the Hindi film screen – Rekha. Chopra writes that long after Rekha’s contemporaries have retired into marriage and motherhood, she soldiers on. Not in vapid bhabhi roles but as characters that shape the narrative. While Ram Gopal Varma, who worked with Rekha in Bhoot (2003), alludes to her “tremendous natural dignity...one look and the audience takes her seriously,” filmmaker Mira Nair, who cast her in Kama Sutra: A Tale of Love (1996), likens Rekha to a "Jamini Roy painting". Nair went on to add, “Like Marilyn Monroe is shorthand for sex, Rekha is shorthand for charisma. She is a movie star in any language.” Sanjay Leela Bhansali labels her the "last of the great stars," adding, “Rekha is a question mark, an exclamation mark, a comma, never a full stop. To know her is to be seduced by life.”

With a career spanning four decades and approximately 200 films in the Hindi and Telugu film industry, Rekha transformed herself over the years from an average actress into a glamour icon and acting powerhouse. Winner of the National Award for Best Actress for her performance as the bewitching courtesan in Muzaffar Ali’s Umrao Jaan (1981), she has also picked up the Filmfare Best Actress award for her effervescent and perky performance in Khubsoorat (1980), and her avenging wife avatar in Khoon Bhari Maang (1988), as well as Best Supporting Actress for her performance in Khiladiyon Ka Khiladi (1996), in which she played a role with shades of grey. Her other key films include Ghar (1978), Muqaddar Ka Sikandar (1978), Judaai (1980), Silsila (1981), Jeevan Dhaara (1982), Mujhe Insaaf Chahiye (1983), Phool Bane Angaray (1991), Lajja (2001), Koi... Mil Gaya (2003), and Krrish (2006). In 2010, Rekha was awarded the Padma Shri by the Government of India.

Born Bhanurekha Ganesan on 10 October, 1954 in Chennai to Tamil actor Gemini Ganesan and Telugu actress Pushpavalli, she was compelled to start earing as a child. She featured as a child artiste in her first Telugu film Rangula Ratnam (1966). Just four years later, she graduated to adult roles with the Telugu film Amma Kosam (1970). She made her debut in Hindi films the same year, with Sawan Bhadon (1970), a romantic thriller that saw her paired opposite Navin Nischol. The film went on to become a success at the box office, bringing Rekha attention for her acting. She went on to appear in films such as Rampur Ka Lakshman (1972), Double Cross (1972), Mehmaan (1973) and Kahani Kismat Ki (1973).

She underwent a transformation in the mid-1970s, grooming herself and improving her Hindi language, acting skills and style quotient. Do Anjaane (1976) won her national fame, becoming the first mega hit of her career. This Dulal Guha directorial saw her cast opposite Amitabh Bachchan.

Two years later, she received acclaim for another powerful performance in the film Ghar (1978). The film is considered an important milestone in her career. Rekha touched a chord with her sensitive portrayal of a rape victim who recuperates with the support of her husband, played by Vinod Mehra. Her stardom cemented itself soundly with Muqaddar Ka Sikandar (1978). This Amitabh Bachchan-starrer saw her essay the role of a courtesan with the proverbial heart of gold. The Rekha-Amitabh pair was repeated across a flurry of resounding hits such as Namak Haraam (1973), Alaap (1977), Khoon Pasina (1977) and Mr Natwarlal (1979). They last starred together in Yash Chopra’s Silsila (1981), a romantic drama about extramarital love.

The same year, Rekha won accolades for her role in Umrao Jaan (1981). Directed by Muzaffar Ali, the film starred Rekha as the eponymous character. Based on the 1905 Urdu novel Umrao Jaan Ada, the film tells the story of a Lucknow courtesan and her rise to fame. Rekha received the National Award for Best Actress for her performance.

Over the 1970s and 1980s, Rekha starred in several hits including Ek Hi Raasta (1977), Dildar (1977), Karmayogi (1978), working with actors like Jeetendra, Shashi Kapoor, Sanjeev Kumar, Shatrughan Sinha, and Sunil Dutt. Ranking amongst the highest paid actresses of the industry in the 80s, she helmed woman-centric starrers such as Khoon Bhari Maang (1988), Baseraa (1981) and Jeevan Dhaara (1982).

Having established herself in the realm of commercial cinema, she went on to leave her mark in parallel cinema as well, with films such as Shyam Benegal’s Kalyug (1981), Govind Nihlani’s Vijeta (1982), Utsav (1984) and Ijaazat (1987). These offbeat films further cemented Rekha’s status as an artiste of undeniable heft, who could shine across the medium.

The new decade brought with it its own challenges but Rekha surmounted a phase of decline to rewrite her path. She featured in the daring Kama Sutra: a Tale of Love (1996) directed by Mira Nair, essayed her first full-blown negative role in Khilaiyon Ka Khiladi (1996), and starred in Basu Bhattacharya’s Aastha: In the Prison of Spring (1997), in the controversial role of a married woman who turns to prostitution.

The new millennium saw Rekha eventually accept supporting roles in films. She featured in the Bulandi (2000), followed by Shyam Benegal’s Zubeidaa (2001), which saw her play the first wife Maharani Mandira Devi of the ruler of Jodhpur. In the feminist drama Lajja (2001), she was the protagonist of the final chapter, around which the film’s inspiration pivots. She played Ramdulari, an oppressed village woman and social activist, who becomes a victim of gangrape. Rakesh Roshan's science-fiction film Koi... Mil Gaya (2003) saw Rekha play Sonia Mehra, a single mother to a developmentally disabled young man, played by Hrithik Roshan. The film was a financial and critical success, and became the most popular film of the year; besides winning awards. Rekha’s "astutely restrained" performance drew praise. She also acted in the film’s sequels Krrish (2006) and Krrish 3 (2013), winning compliments for bringing depth to her role as the nurturing grandmother.

On the personal front, Rekha married Delhi-based businessman Mukesh Agarwal in 1990. The union was short-lived, and Agarwal committed suicide a few months later.

Rekha continues to pick and choose films appearing on screen occasionally, like she did in the R Balki directorial Shamitabh (2015). She has also been popular on television, appearing as a celebrity judge/ guest on shows such as Indian Idol.

Entering politics, she was nominated as a member of the Rajya Sabha in 2012. 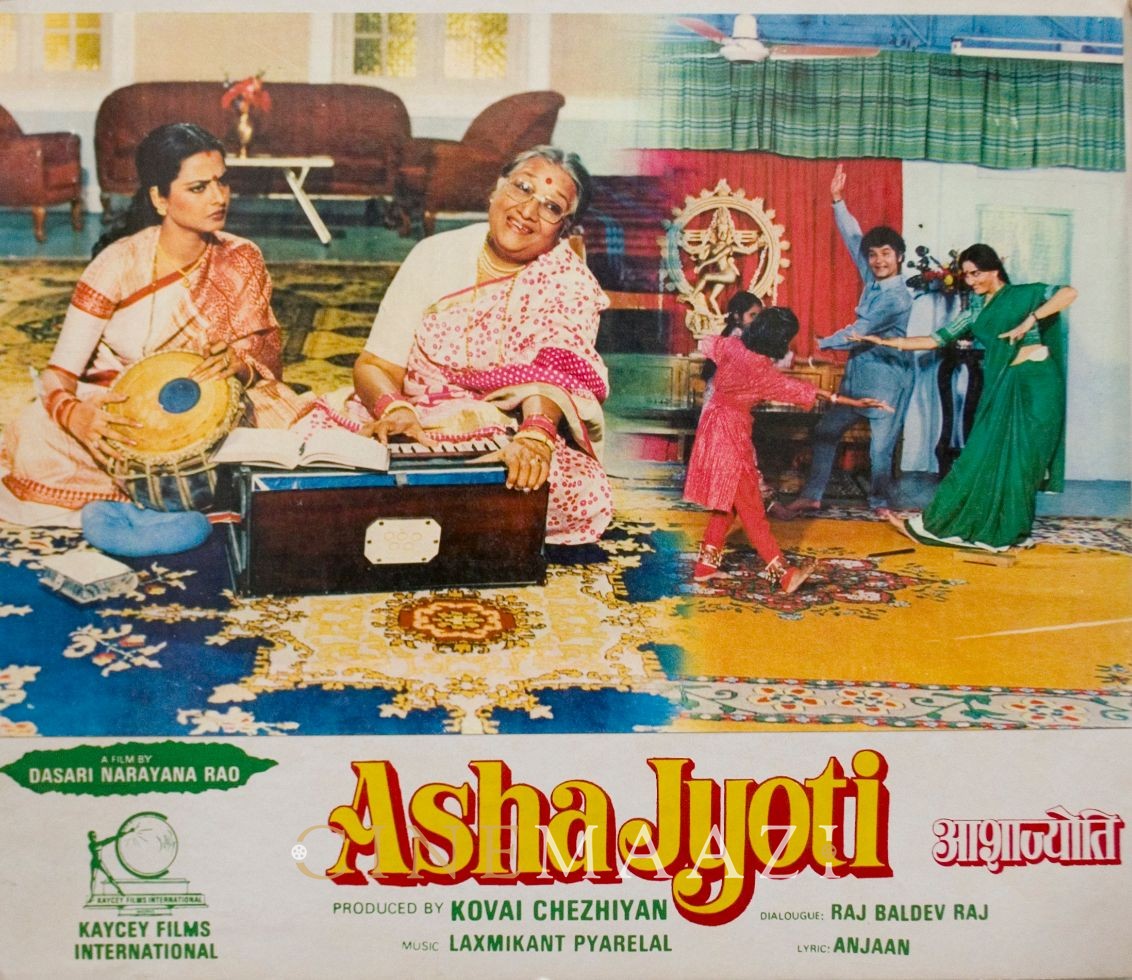 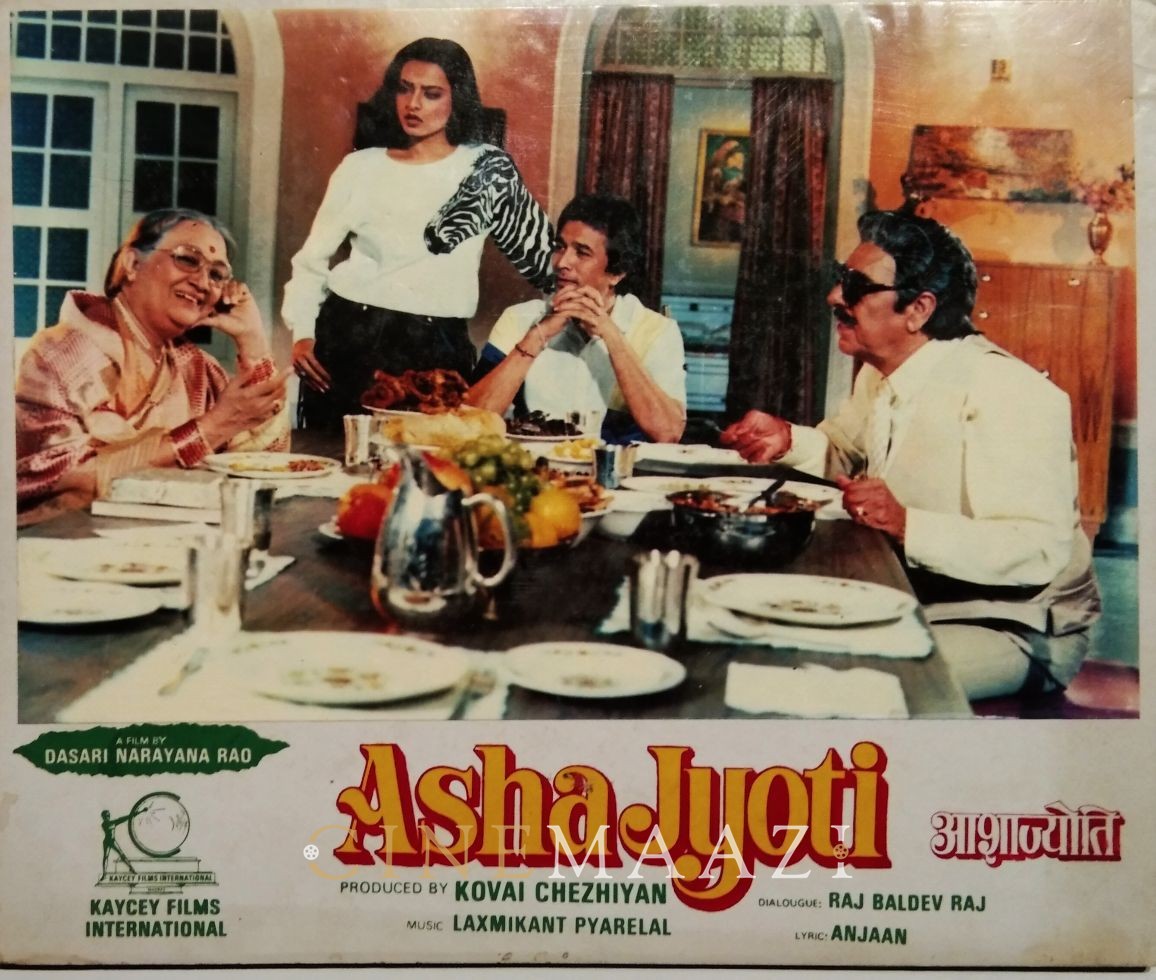 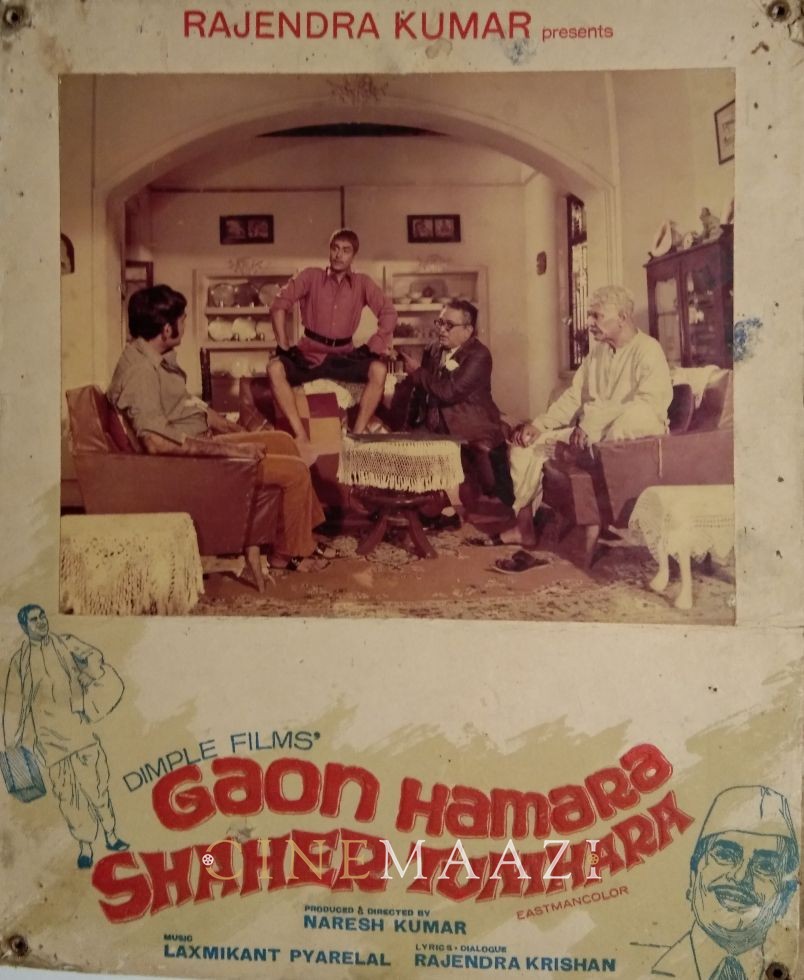 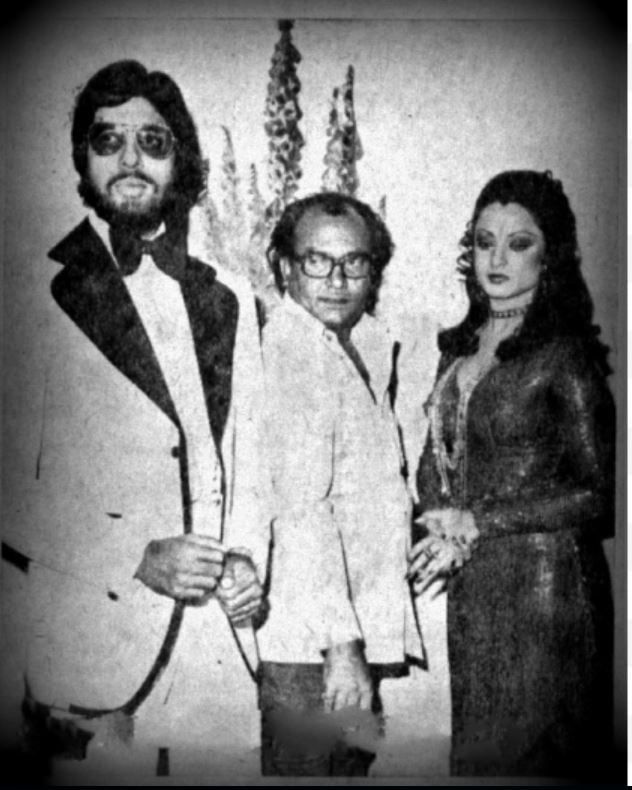 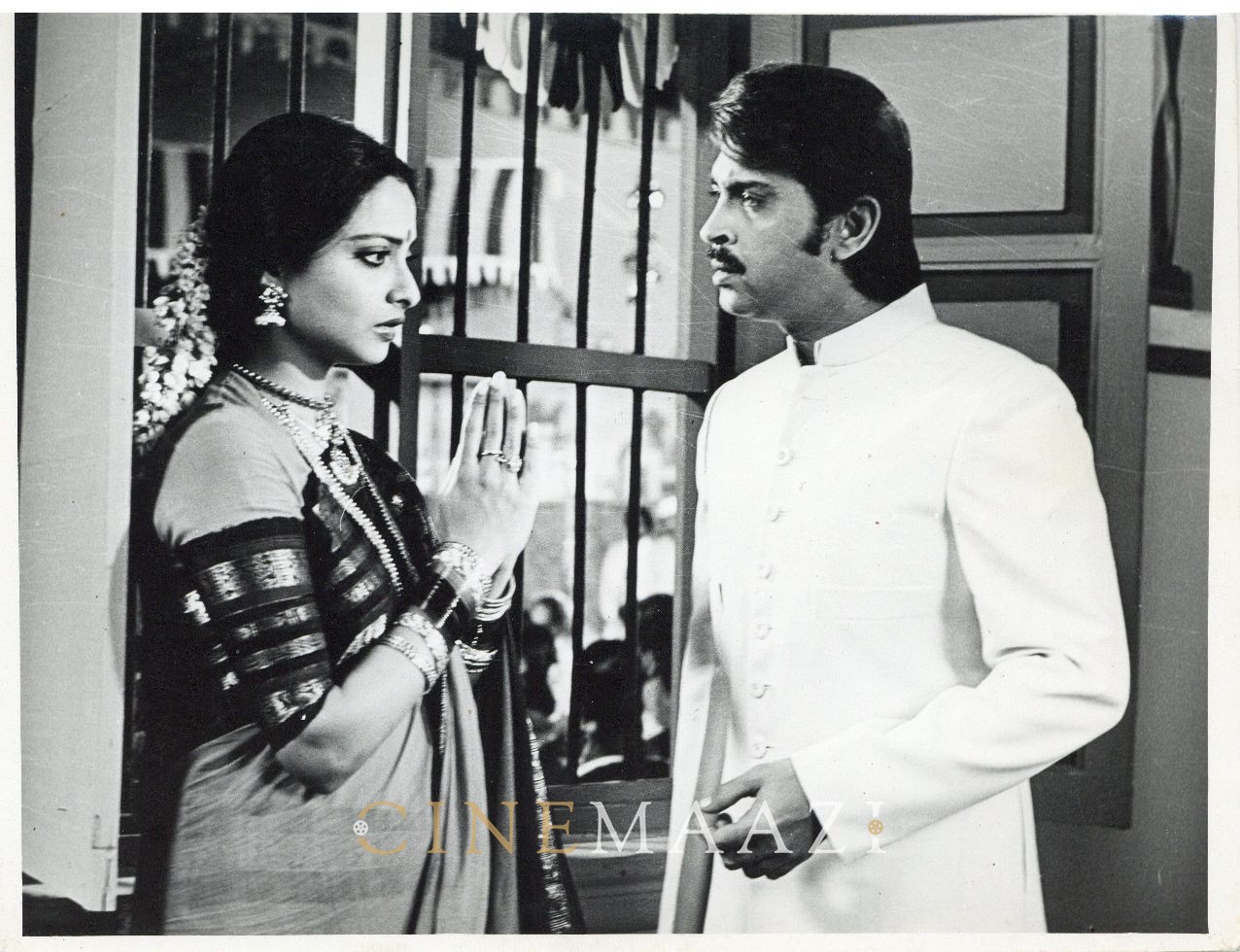 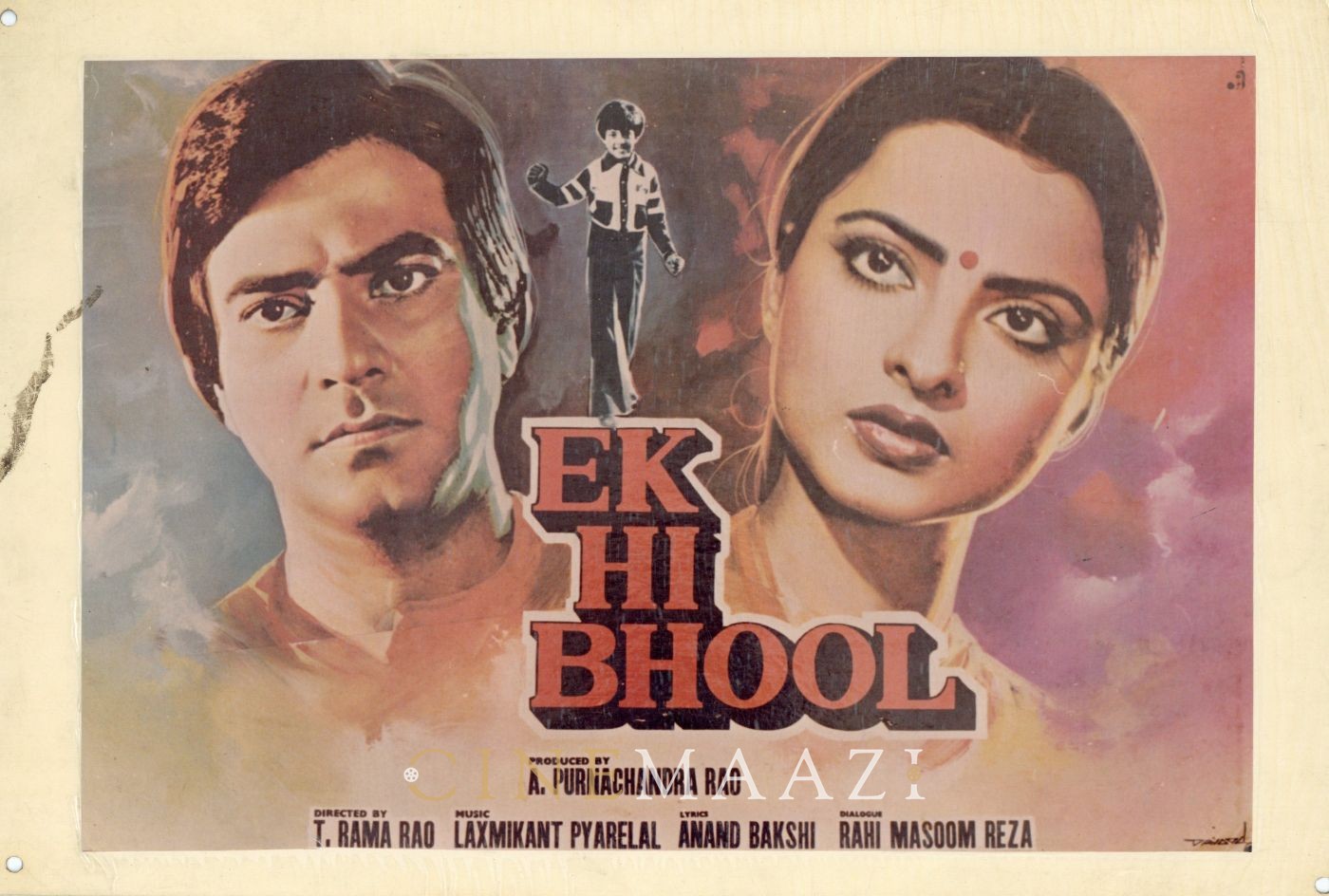