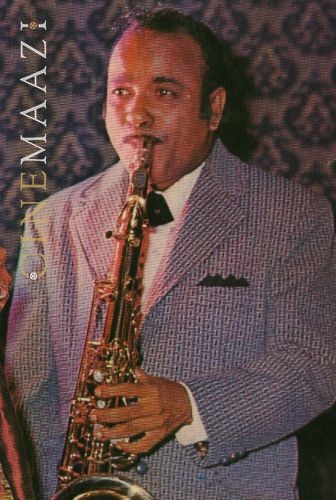 Chris Perry was a Goan musician, composer, songwriter and film producer. He was an exceptionally gifted trumpeter, but he was also at ease with other instruments such as saxophone, flute, keyboard, piano and guitar. He learnt to read and write music all by himself. His performance of the music composition Cherry Pink and the Apple Blossom White breathlessly on trumpet earned him the sobriquet of ‘the Man with the Golden Trumpet’. His birth name has been reported as Christovam Pereira as well as Christopher Pereira.

Chris Perry gave a new dimension to Konkani music. Although he is no more with us his music still delights listeners. Like many musicians, music was in his blood. His elder brother Joe Perry has also carved his name in the Hindi film industry as a good musician.

He produced the first colour movie in Konkani - Bhuierantlo Munis (Caveman) in 1978 in which Asha Bhosle sung the title song. His musical shows Nhovro Mhozo Devchar (My Bridegroom is a devil), Tum ani Hanv (You and me), Lob Padricho (Priest’s robe) and Sankistanv (Sacristan) have become successful. He has bagged the best composer award in the year 1974. His collaborations with Lorna have attained immense popularity. But the musician-singer duo got separated due to a clause in the contract which meant that Lorna could not sing for others.

He left for Dubai in 1975 where he started playing for luxury hotels. He established a music school there where he used to train students in various instruments and prepare them for London Trinity College exams.
Some of his famous albums are Carnival in Goa, From Dubai with Love, Mhoji Maim (My mother), and Poilo Kiss (First Kiss).

Nachom-ia Kumpasar (2014) has made use of twenty of his select songs. His magical rhythm can be felt in Hindi films like Kabhi Kabhie (1976) and Trishul (1978). He is credited for revolutionising the music scene of Goa with his innovative jazz music.