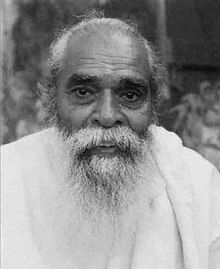 Hailed as the barefoot director, like the barefoot painter M F Husain, Ganapathi Venkataramana Iyer, popularly addressed as G V Iyer, brought in a new language to the cinema, venturing to make films in the classical Sanskrit language.

Like many of his contemporaries and fellow film mates, Iyer, born on 3rd September 1917, in Nanjangud, Mysore district, given his flowing mane and a snow-white beard, hailed as ‘Kannada Bheeshma’, began his creative arts sojourn with his moorings in the theatre when he enrolled with Gubbi Veeranna Theatre Group at the tender age of eight.

Soon, acting in cinema followed with Radha Ramana (1943) besides films like Mahakavi Kalidasa (1955), Sodhari (1955), Hemavati (1977), Hari Bhakta, and Bedara Kannappa (1954). Iyer, who is also credited with scripting, lyrics, dialogues, besides acting and producing several movies, began his directorial sojourn with the 1975 Hamsageethe.

Iyer’s biggest magnum opus was Ranadheera Kanteerava (1960) which was made through a collective of actors at a time when Kannada cinema had hit its nadir. He went on to make movies in the difficult Sanskrit languages all of which fetched him, and those associated with it, many awards both at the Centre and State levels.

Deeply influenced by Gandhian ideals and philosophy, saw a young Iyer give up wearing footwear the day the Mahatma was felled by Nathuram Godse. He took to always donning hand-spun clothes – Khadi.

Proficiency in both Kannada and Sanskrit, saw him direct India’s first Sanskrit movie about the famous philosopher Adi Shankaracharya (1983), later on, Madhvacharya in Kannada and Ramanujacharya in Tamil. He also made Bhagavad Gita (1993) in Sanskrit, which won Best Film at the National Film Awards of 1993 besides being nominated for Best Film at the Bogotá Film Festival.

He also produced Natyarani Shanthala, a historical television series on Hoysala Jain queen Shanthala, who was married to a Vaishnava king. He made a movie on Swami Vivekananda (1998) for which Hindi-Bengali actor Mithun Chakraborty won the National Award for Best Supporting Actor playing Sri Ramkrishna Paramhansa.

Also given to grandiose epics, Iyer was planning a film based on Hindu epic Ramayana, with Sanjay Dutt as Ravana. Unfortunately, that was not to be following his sudden death on 21st December 2003 at 87.