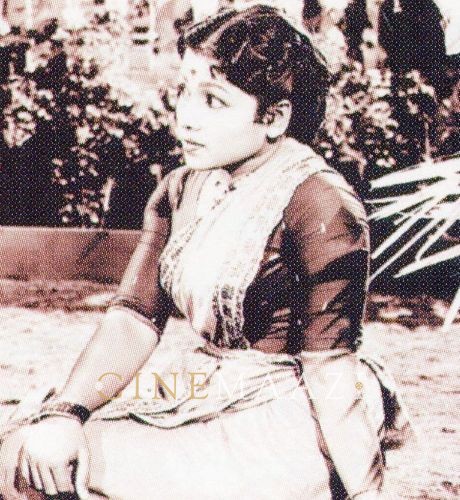 A popular lead actress in the 1960s, Devika was a versatile actress who featured in about 150 films in Tamil and Telugu, carving a niche for herself with her grace and beauty. She also featured in a few Malayalam, Kannada, and Hindi films. Onscreen, she represented the quintessential Indian woman, who is caring, modest, and sacrificing. Her looks made her the ideal choice for historical and mythological films, while she also left her mark in the family drama genre. Delivering wholesome performances, she is known for films such as Nenjil Or Aalayam (1962), Mahamantri Timmarasu (1962), Sri Krishnavataram (1967) and Saraswati Lakshmi Parvati (1975). She paired with several prominent actors such as Shivaji Ganesan, M G Ramachandran, and Gemini Ganesan.

Born Prameela Devi on 25 April, 1943, she is the granddaughter of pioneering Telugu cinema great - Raghupathi Venkaiah Naidu. She made her debut in Tamil cinema with Mudhalali (1957). An AVM film, she paired with S. S. Rajendran in this Muktha V. Srinivasan directorial. The film is based on Ramanujam's stage play of the same name. It became a box office hit, establishing not just her career but also that of actors Rajendran, Devika and Srinivasan. It also received a certificate as the (Best regional language film) for the year from the National Film Award for Best Feature Film in Tamil.

Her talent and charm saw her go on to play memorable roles in films such as Vanambadi (1963), Vazhkai Padagu (1965) and Nenjam Marappadhillai (1963).

Her song Sonnathu needhana in Sridhar's Nenjil Or Aalayam became widely famous not only by virtue of its lyrical richness by Kannadasan, but also on account of the visual poignancy that she brought to it onscreen. The film, a romantic drama directed, produced and written by C. V. Sridhar, is considered a landmark. It revolves around a young woman named Seetha, her husband Venu and Murali, who was Seetha's lover. Due to his tenure overseas, Seetha's parents force her to marry another person. A few years later, Venu contracts cancer and Seetha brings him to Chennai to meet a cancer specialist who, to her dismay, is revealed to be Murali. Realising that something is worrying Seetha, Venu gives her the freedom to marry Murali after his death. The remainder of the film shows how Murali sacrifices his love for the sake of the couple's happiness and cures Venu. The film received positive critical feedback and also became a commercial success. It won the National Film Award for Best Feature Film in Tamil and the President's Award for Sridhar at the 10th National Film Awards.

She did total justice to the characters she portrayed, also acting opposite the leading heroes of the time, including the giants, Sivaji Ganesan and MGR. She starred alongside MGR in Ananda Jothi (1963), also winning praise for her charming performance. She featured with Gemini Ganesan in memorable films such as the powerful mythological Karnan (1964), the comedy Bale Pandiya (1962) and Kulamagal Radhai (1963). She was paired with Gemini Ganesan in Sumaithangi (1962). She played a teacher in this C V Sridhar directorial which revolves around a man who is unable to lead his life the way he wanted, and is forced to undergo many sacrifices. Her role in the film was very moving. Though she is paired with Ganesan in this film, the relationship does not culminate in marriage and the end was a tragedy.

Acting across film industries pan India, she also featured in Hindi films such as Ghar Sansar (1958), Gharana (1961), and Man-Mauji (1962). She played a character named Bharati in the family drama Ghar Sansar, starring Balraj Sahni, Nargis, and Rajendra Kumar. She played a character named Seeta in the box office hit Gharana (1961), starring Raaj Kumar, Rajendra Kumar and Asha Parekh. At the centre of the plot, was a large household run by a tyrannical old mother. Man Mauji saw her as part of the Krishnan–Panju directorial starring Kishore Kumar and Sadhana.

Married to Devadoss in 1968, the couple divorced in 1990. Her daughter Kanaka made her debut in films as an actress.

Devika passed away at the age of 59, on 2 May, 2002 in Chennai. She is remembered for making a mark for herself at a time when other heroines including Savithri, Padmini and Vijaya competed for the top slot. 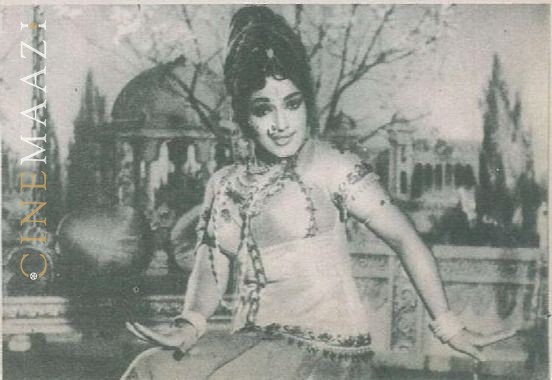