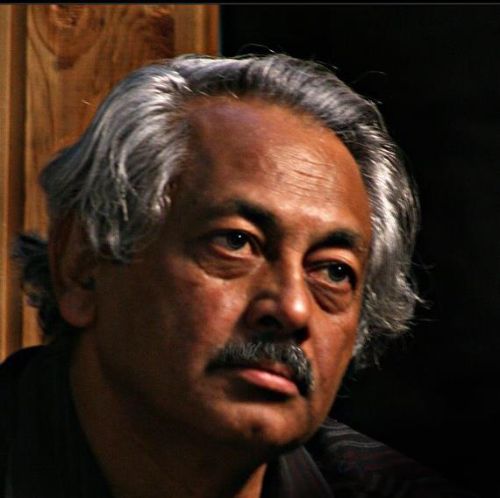 Girish Kasaravalli has been one of the foremost flagbearers of offbeat, parallel cinema in Karnataka. Awards and accolades for his cinematic oeuvres have poured in till date every time he came up with his creative work garnering both national and international acclaim and appreciation.

With the family given to being bibliophiles, Girish Kasaravalli’s grounding in literature, especially Kannada literature, began as early as his primary and middle school years itself at Kammaradi. That his dad was a patron of the traditional folk dance form, Yakshagana ensured Girish Kasaravalli’s cultural roots were even further strengthened in the soil of where he came from, all adding to the cultural aesthetics and cinematic idiom he brought to the films he directed.

It was no surprise then that, given the rich moorings of the family, despite a Diploma in Pharmacy, he did not venture out into being either a medical rep or peddling medicines. Instead, he turned to the art form further buttressed by the fact that he not only enrolled at Pune’s Film & Television Institute of India but also won the coveted gold medal for his diploma film Avashesh as the Best Student Film and the National Film Award for Best Short Fiction Film.

What grounded Girish Kasaravalli further into cinema as his career calling was the touring talkies that pitched tents in his village to screen popular Kannada films. This provided the young impressionable boy his real exposure to the world of cinema. That his maternal uncle was the Magsaysay Award winner and founder of the cultural and creative art centre Neenasam, that was into screening art films and staging plans further cultured the young man’s interest in cinema.

His moving to nearby Shivamogga, following graduation from Sahyadri College, turned transformative in that he had as his teachers such renowned poets as G S Shivarudrappa and Sa Shi Marulaiah. Since the college was a fertile ground for cultural activities, it only further kindled the young pharma graduate’s creative interests and he turned to the cinema with the pull of the audio-visual art form being tremendous. Bidding goodbye to pharmacy, he headed straight to FTII and the rest, as they say, is history.

India got one of its creative cinema-makers while pharmacy lost a promising medico to the cause of creative art.

Nothing could have been more fortuitous to fuel Girish’s passion for cinema than FTII where a whole new world opened up before the young man… the wondrous world of Kurosawa, Ray, Ozu, Fellini, and Antonioni cementing his conviction in neo-realist cinema solidly. Especially, Ozu’s humanist cinema and his syntax of filmmaking.

Kasaravalli, a voracious reader who counts the works of Kota Shivaram Karanth, Kuvempu, and U.R. Ananthamurthy among his major literary influences, began churning one cinematic marvel after another which today stands at the 2020 film - Illiralare Allige Hogalare. Kasaravalli’s genius and special focus lay in his intuitive and illuminative ruminations of the woman protagonists, ever championing the woman’s cause as also other socio-political issues of the times his films were made and reflected upon. Seventy plus and still going strong, committed to the cinema with a cause, is Girish Kasaravalli.