Leading star, producer and studio owner, Gohar, or Miss Gohar as she was called, began her career in the silent movie era in 1926, continuing well into the talkie age. Known for films such as Radha Rani (1932), Barrister's Wife (1935) and Devi Devayani (1931), she was married to Chandulal Shah, along with whom she founded Ranjit Studios, which was later known as Ranjit Movietone.

Born Gohar Khayyam Mamajiwala on November 19, 1910 into a well-to-do Dawoodi Bohra family, life changed when her father’s business failed, leaving the family in dire straits. It was then that Gohar was nudged to join the film industry by a family friend, Homi Master who worked as a director with Kohinoor Films. Gohar was just 16 and described as being ‘pretty as a doll with a round face with a firm jaw and slightly pointed chin, high forehead with the hair-line well away from the finely arched eye-brows, large lustrous eyes, a daintily chiselled nose and a generous mouth’. She landed her first film, Baap Kamai or Fortune and Fools (1925). This Kanjibhai Rathor directorial depicted the story of a rich man’s son who squanders his inherited fortune but manages to get his act together thanks to the efforts of his young wife. Gohar held her own, making an impact in this social drama, at a time when stunt films—namely adventure stories and mythologicals, were the norm in the silent era. She went on to star in Lanka Ni Ladi or Fairy of Ceylon (1925), a fairy tale adventure directed by Homi Master. The following year saw a string of releases in which she featured, including Samrat Shiladitya (1926), Ra Kawat (1926), Mena Kumari (1926), Lakho Vanjaro (1926), Delhi No Thug (1926), Briefless Barrister (1926), Sati Jasma (1926), Mumtaz Mahal (1926), Prithvi Putra (1926), Typist Girl (1926), and Shirin Farhad (1926). Gohar was regularly paired onscreen with Khalil; in addition to her debut film, she also starred opposite him in Lanka Ni Ladi and the historical Sati Jasma or Jasma Oden (1926), among others. In Bhaneli Bhamini or Educated Wife (1927), she played a young doctor married to a man with a chronic case of syphilis. The film portrays the manner in which she treats him and rehabilitates him, as they go on to build bonds of mutual affection and understanding. It was Gohar’s balanced and perceptive performance in this challenging role that caught the attention of Chandulal Shah, who was to soon start directing Typist Girl for Kohinoor Films. Shah is said to have insisted on Gohar playing a cameo in the film, which had Sulochana in the female lead. Gohar’s performance as the drunkard’s wife elevated the film’s impact, and she went on to feature in many of Chandulal Shah’s satires, as they forged a personal and professional bond. Considered an amazing actress with incredible screen presence, the stylish Gohar was a trend-setter in many ways. Many of her roles were based on Gujarati serial novels, specially written for her by Mohanlal Dave.

In 1927, a young and enthusiastic team comprising Gohar, Chandulal Shah, Jagdish Pasta, actor Raja Sandow and cameraman Pandurang Naik together set up Shree Sound Studios, on Pasta’s land. The studio made around 10 films, before Gohar and Shah broke away in 1929 to form their own film production company –Ranjit Film Company. Acquiring four sound stages, the couple built their own studio, called Ranjit Studios, which was a major motion picture studio for close to 20 years.

Working in the studio’s silent films which included stunt pictures, mythologicals, romantic dramas and socials, Gohar would also perform her own stunts for the camera, suffering her share of falls and bruises. She starred in some of their early commercial successes like Toofani Taruni (1934) and Barrister’s Wife (1935). As a partner, producer and leading actress, she also promoted the welfare of Ranjit and its staff. She also did her own singing, dancing and make-up like all the other artistes. Well-bred, intelligent and soft-spoken, she retired in the 1970s. Gohar passed away in Bombay on 28 September, 1985. 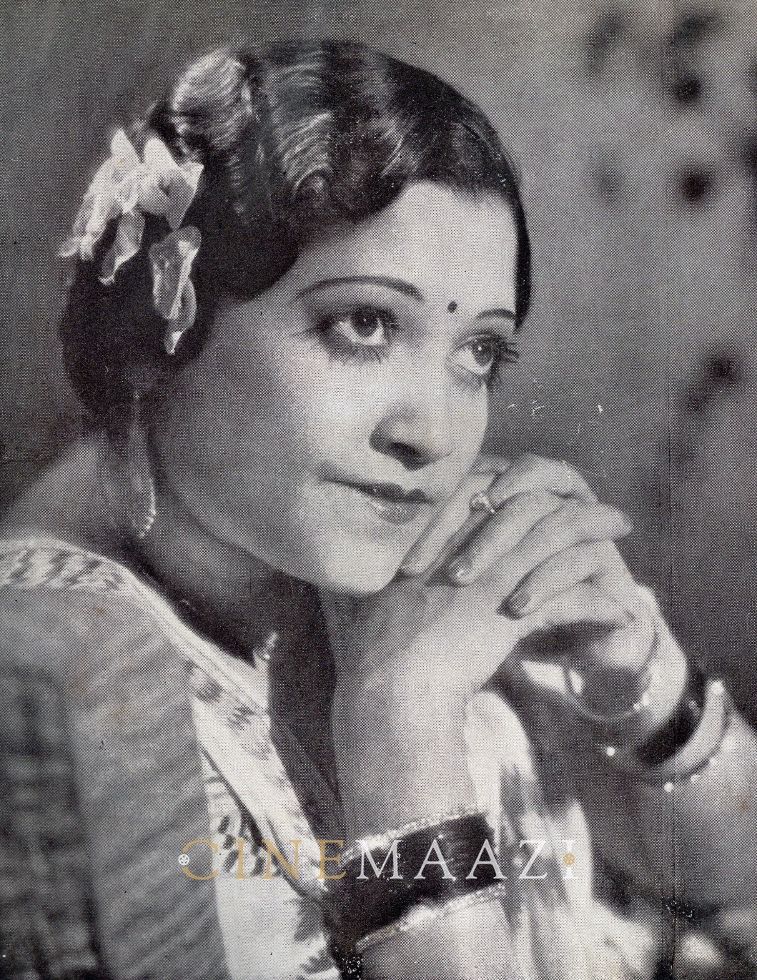