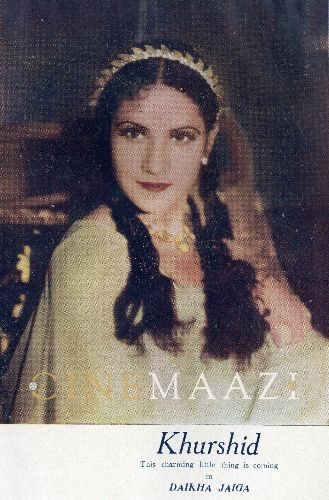 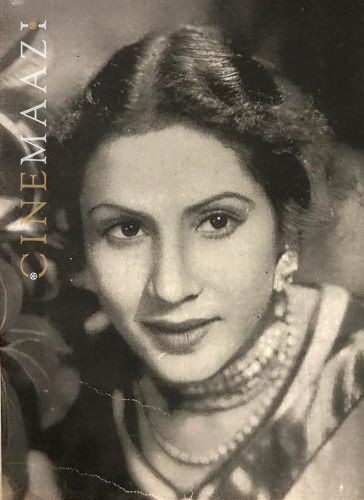 Khursheed was born on 14 April 1914 in Lahore in a respectable Muslim family. Khursheed was fluent in Urdu, Persian, English and Punjabi. Forbidden from learning or practicing music at home, she could only sing in the space afforded by film companies. She started her career with early talkies when she joined Madan Theatres in Calcutta in 1931. Her first film was Laila Majnu (1931) where she worked as Miss Shehla (though there are debates that Shehla was a different person).  After working in a few films with Madan Theatres she went back to Lahore.

This was the heyday of the fledgling movie industry in Lahore. Khursheed joined the Hindmata Cinetone Film Company, and under this banner she appeared in Ishq-e-Punjab alias Mirza Sahiban (1935) – the first Punjabi talkie film. In the same year, she grabbed the lead role opposite Prithviraj Kapoor along with Umraziya Begum in National Movietone’s Swarg Ki Seedhi (1935) and received great acclaim for her performance.  She soon moved to Bombay and after working in Mahalakshmi Cinetone Company’s Bombshell (1935) and Chirag-e-Husn (1935), she acted in Saroj Movietone’s Gaibi Sitara (1935) where she sang all the songs herself. Sadly no records of these songs survive to this day. With the same production company she did films like Elaan-e-Jung (1936), Kimiagar (1936), Sipahsalar (1936), Imaan Farosh (1937), Madhur Milan (1938) and Prem Samadhi (1938). In 1939, she worked with Ezra Mir in Sitara, in which she played the role of a gypsy girl opposite Nazir. With As You Please/ Aap Ki Marzi (1939), her songs were available for circulation via gramophone records for the first time. Her singing career flourished when music director Khemchand Prakash started composing music for Ranjit Movietone.

Her association with Ranjit Movietone continued with films like Pardesi (1941), Shadi (1941) and Holi (1940) that brought her to the top. In all these films she was seen opposite Motilal and the duo became a hit on the silver screen. She was praised for both her singing and acting in Shadi (1941) and her melodious songs composed by Khemchand Prakash became one of best features of the film. In Bhakt Surdas (1942) and Tansen (1943) she was cast opposite K. L. Saigal and worked with both Gyan Dutt and Khemchand Prakash, respectively. Songs sung by Saigal and Khursheed together became so popular that they are still remembered by their fans. In Ranjit Movietone’s Shahenshah Babar (1944), she memorably played the role of Humayun’s wife Hameeda Bano. Within the same year, she played Mumtaz in Mumtaz Mahal under the same banner. Unfortunately, both these films failed to garner large audiences.

In her illustrious career, Khursheed associated with numerous stalwarts of Indian cinema. For Moorti (1945), Khursheed sang to the lovely tunes set by the renowned Bulo C. Rani, and in Maharana Pratap (1946), she had a successful collaboration with the music director Ram Ganguli. With the giant film company, Prabhat, Khursheed worked only once in the Dev Anand-starrer Aage Badho (1947). Soon, she also received the opportunity to work with the prolific actor-director-producer Sohrab Modi in Minerva Movietone’s Manjhdhar (1947), in which she starred opposite the singer-actor Surendra.

After partition, she moved to Pakistan with her husband Lala Yakub. Incidentally, Lala Yakub was the actor who played the role of Chief Commander in Alexander's forces in Sohrab Modi's Sikandar (1941). Aap Beeti (1948) was her last Indian film. In Aap Beeti, she starred opposite Kumar, who has also directed and produced the film.

After moving to Pakistan she appeared in the last two films of her career, Fankaar (1956) and Mandi (1956). In the late 1960s, she divorced Lala Yakub and later married a Karachi based businessman, Yusuf Bhaimiya. She spent rest of her life Karachi till her death on 18 April 2001 due to prolonged illness. 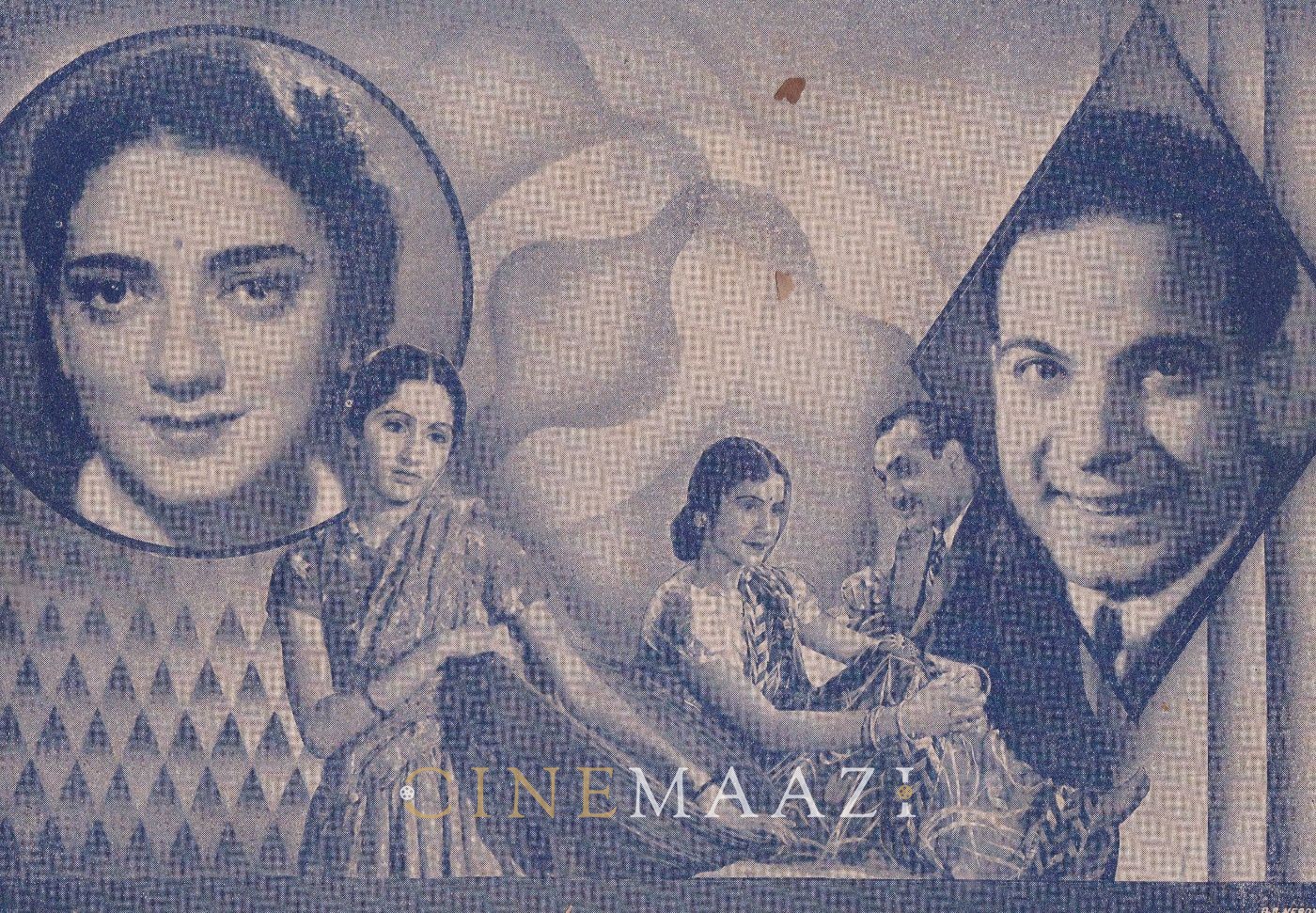 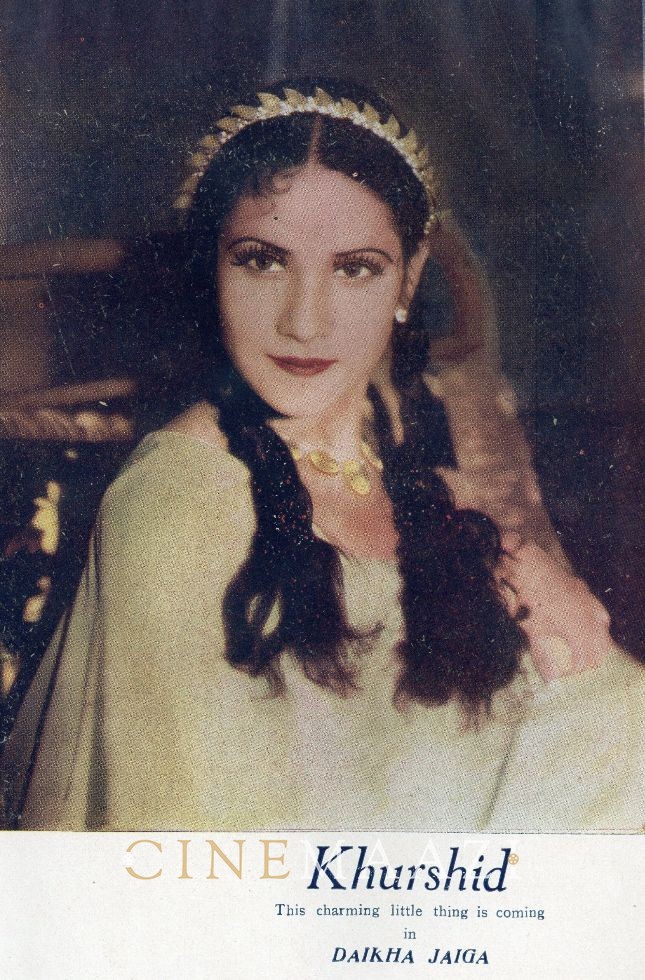 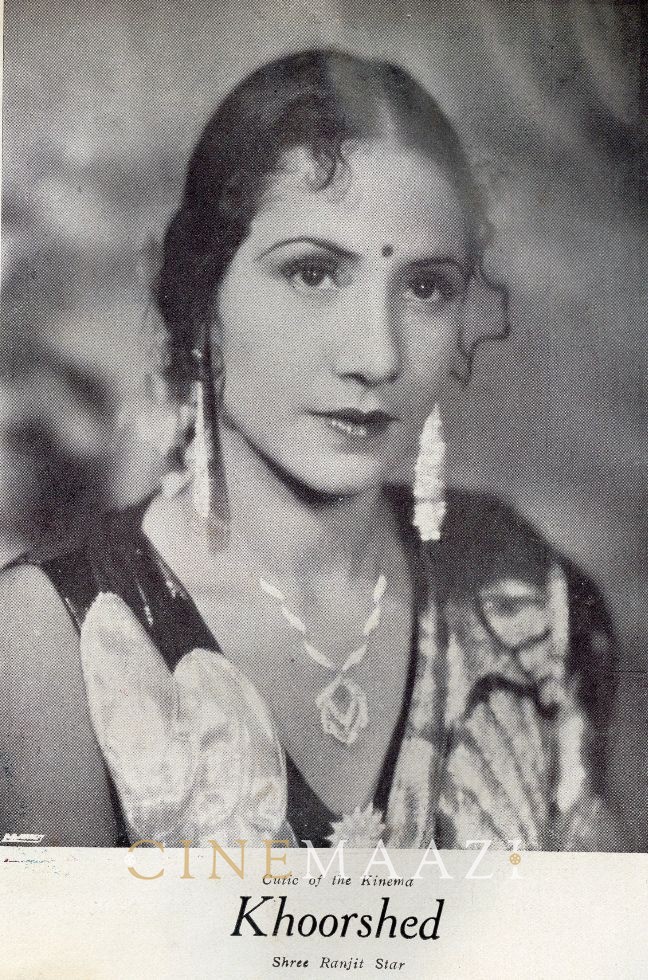 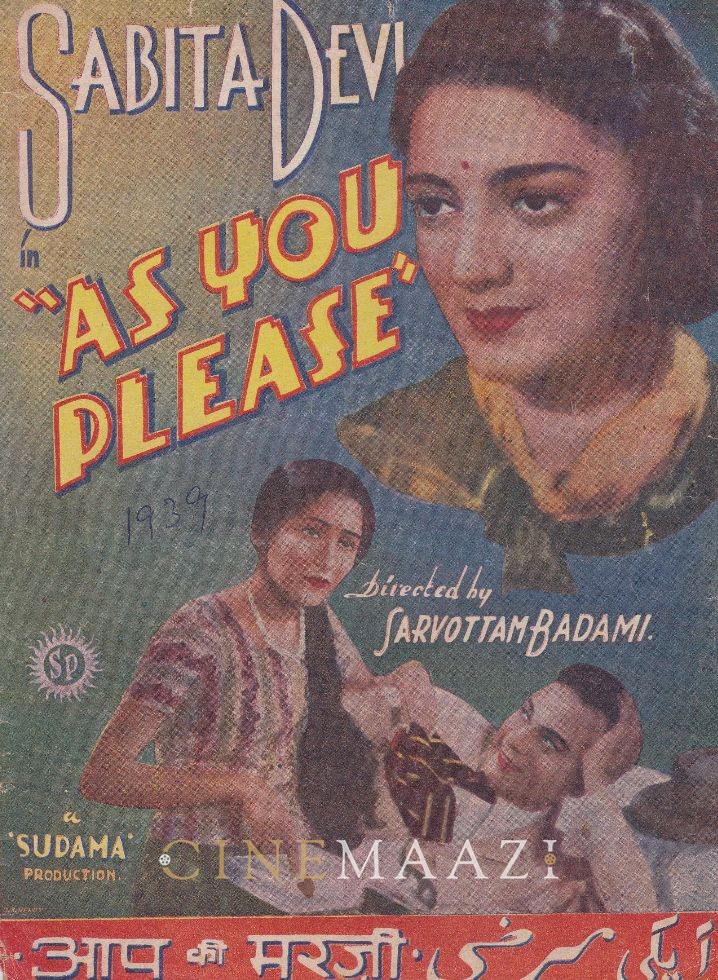