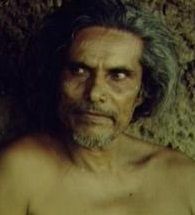 M.V. Vasudeva Rao rocketed to fame with his landmark role as the impoverished alcoholic outcast Choma in Chomana Dudi (1975) directed by the legendary B.V. Karanth. This role that earned him his place in the Kannada film world, however, also proved to be his downfall. He played his role to such perfection that the film audience could not envision him in any other role, and for the rest of his career he worked as a character actor, playing peripheral roles and never the lead. Though he had stepped onto the screen as a child artiste in 1928, it was with this role that he received recognition in the form of a National Award for Best Actor in 1975. He could not top this achievement despite having over 200 films to his credit over the course of his long film career.

A talented actor, M.V. Vasudeva Rao also played a prominent role in Shyam Benegal’s Telugu film Kondura / Anugraham (1978), Mrinal Sen’s Oka Oori Katha (1977) (Telugu) and Mani Ratnam’s acclaimed film Nayakan (1987). Though these top directors recognized M.V. Vasudeva for his caliber, he remained confined to playing incidental roles in their films. A natural at his profession, he gave all he could to his roles, no matter how small they were. He started his acting career with Gubbi Veerana’s theatre troupe, and he carried his lessons from the theatre throughout his life as an actor. A member of the troupe from a young age, he shouldered various responsibilities with time, earning the appreciation of Gubbi Veerana.

Though M.V. Vasudeva Rao was associated with other theatre groups as well, Gubbi Company remained a home for him. Here, he rubbed shoulders with the likes of Dr. Rajkumar, G.V. Iyer, the late Balakrishna, Narasimharaju and others, and met the director B.V. Karanth. His dedication to his craft always marked his onscreen appearances, and for his role as Choma, he spent weeks preparing in Dalit colonies. A stalwart of Kannada theatre and cinema, M.V. Vasudeva Rao passed away on March 22, 2002.