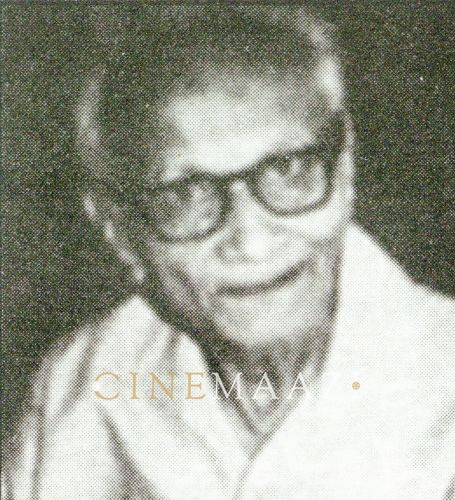 Born in 1903, music director Madhulal Damodar Master had joined the film industry to become a comedian. Instead, he found employment as assistant sound recordist, followed by assistant music director for two years. He made his solo debut as music director for Krishna Tone Film Company’s Navchetan (1932). He scored music for approximately 267 Hindi songs in the course of his career. He led an eclectic life, as after his retirement from films he pursued his hobby of puppetry, which grew into a flourishing business. He became known internationally in the field of puppetry, becoming the only Indian member to be honoured by the International Puppetiers’ Organization. Interestingly, it was his joker puppet that was used in Raj Kapoor’s Mera Naam Joker (1970).

Madhulal Damodar Master had started giving music to Hindi film talkies in 1931, the very first year of its existence. Starting off as a sound recordist assistant, he moved to being assistant music director for two films, and finally an independent music director for Krishna Tone Film Company for their film, Navchetan (1932). Over the next 21 years, he composed music for 34 Hindi films, as well as a few Gujarati films and documentaries. However, he was later unable to cope with the changing patterns in music as well as public taste, and retired from the profession after his last film, the action-adventure directed by Homi Wadia—Jungle Ka Jawahar in 1952.

He went on to pursue his hobby of puppet making, which he soon developed into a flourishing business. He founded the Indian Institute of Puppet in Bombay. Master achieved international fame in the field, also becoming the only Indian member to be honoured by the International Puppetiers’ Organization.

His joker puppet was also used by Raj Kapoor in his philosophical drama, Mera Naam Joker (1970).

Madhulal Damodar Master passed away on 18 June in 1990. He was found murdered in his Shivaji Park, Dadar home. Neither was the culprit identified nor the motive established.