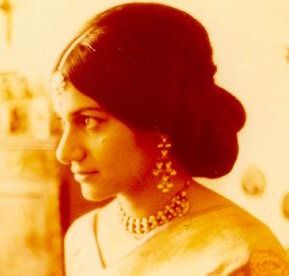 Mala Sen is best known for her 1991 book India's Bandit Queen: The True Story of Phoolan Devi, on which the critically acclaimed and controversial feature film Bandit Queen (1994), directed by Shekhar Kapur, is based. A writer and human rights activist, she was known for her civil rights activism and race relations work in London during the 1960s and 1970s. She was part of the British Asian and British Black Panthers movements. Sen continued with women's rights activism in India, also publishing Death by Fire (2001) after researching the oppression of women in rural India.

She was born on 3 June, 1947 in Mussoorie (Uttarakhand), to Kalyani Gupta and Lt-Gen Lionel Proteep Sen. She was brought up by her father following her parents' divorce in 1953. Schooled at Welham Girls' School, Dehradun, she went on to study Home Sciences at Nirmala Niketan College, Bombay. Moving to England in 1965 with writer Farrukh Dhondy, who had won a scholarship to Cambridge University, the couple married in 1968.

In London, Sen as well as Dhondy were committed to equality in race relations, immigration and housing. Mala even worked in sweatshops in their early days, taking up sewing to pay the bills. Distressed by the prejudice against immigrants, she took up her first challenge: fighting for the equal rights of Indian factory workers in Leicester. She went on to support the Bangladeshis of the East End in the early 1970s through the Race Today collective and journal. These male sweatshop workers, whose families were left behind in Dhaka, lived in squalid rented rooms converted into dormitories, and were not entitled to permanent council housing.

Even as Mala worked as a booking clerk with Air India during the day, by night she, along with Farrukh and campaigners Terry Fitzpatrick and Darcus Howe, formed a vigilante group in order to protect a community under attack by racists. They also founded the Bengali Housing Action Group, which sourced empty council flats for homeless Bangladeshis. They also drew up a map for the then Greater London council, defining a safe living area for the community. Thus, was Brick Lane established as the Bangladeshi heartland of Britain.

Invited to research television documentaries, Sen became fascinated by Phoolan Devi, a lower-caste woman who had lived through poverty, an abusive marriage at the age of 11, gang rape and kidnap by bandits. Becoming a bandit herself, Phoolan Devi was charged with 48 major offences, including the murder of 22 high-caste Thakur men. It was her revenge for them having murdered her lover and for her gang rape. Phoolan had gone on to negotiate her own surrender in 1983 and was jailed for 11 years without trial.

Gaining the trust of Phoolan Devi after befriending her family, Sen visited her in jail and persuaded the unlettered ex-dacoit to dictate her story in Hindi to fellow prisoners. These diaries were smuggled out to Mala, who went on to pen India's Bandit Queen, written from eight years' worth of research. The book was also translated into 11 languages.

She was credited as the screenwriter of Bandit Queen (1994), directed by Shekar Kapur and backed by Channel 4. The film released the same year Phoolan Devi was released from prison. Bandit Queen became one of India's most powerful films; however, it generated a huge controversy when, after its première at Cannes, activist Arundhati Roy, called for court action to ban its release in India in view of the gang rape scene. Apparently, Sen’s long script had been heavily edited, and graphic scenes added, which painted the bandit out in a pathetic light. It left Mala angered by its moral and political implications. Phoolan Devi took the filmmakers to court, demanding the film be banned for invading her sexual privacy by showing the gang rape and for implicating her in a mass murder that she denied having committed. Receiving a settlement of £40,000 from Channel 4, Phoolan Devi withdrew her objections and the film was released for Indian audiences. Devi became an Indian Member of Parliament in 1999 but was shot dead two years later.

Forced to defend herself, Mala stayed loyal to the filmmakers. She never spoke publicly against the film, claiming it was based on many sources. Sen remained close to Devi in the years that followed, up until the latter’s assassination in 2001.

Behind the personal story of Phoolan Devi, Mala explored the wider issue of the victimisation of women, more apparent in rural India. The theme was continued in her second pathbreaking book, Death by Fire: Sati, Dowry Death and Female Infanticide in Modern India (2001).

Later in life, Sen became increasingly disillusioned with British and Indian politics, the feminist movement, and how the Bengali community in the East End had turned out. At the time of her death, she had completed a few chapters for a new book on women with HIV in India.

Divorced from Farrukh Dhondy in 1976, the couple had remained friends. Mala Sen passed away in Mumbai due to oesophageal cancer on 21 May, 2011. She was 63. She was survived by her partner of 11 years, Jimmy Ball, and a sister and brother. A memorial event for her was held in London at the Nehru Centre in July 2011.

Sen inspired the character of Jas Mitra, played by Freida Pinto, in Guerrilla, a 2017 British drama mini-series based on the British Black Panthers. She is also depicted in a mural at Brick Lane by artist Jasmin Kaur Sehra. It was part of a series commissioned by the Tate Collective to celebrate the contributions of the "unknown” in 2018.