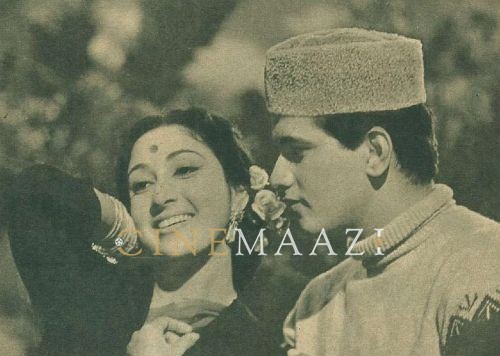 Combining beauty and talent with dedication, it’s no surprise that Mala Sinha was a leading actress in Hindi cinema from the 50s to the early 70s. She became known for her brave and unconventional choice of women-centric roles, which rendered her a powerful standing equal to that of the hero—definitely a progressive achievement for her time. If Pyaasa (1957) saw her playing the unsympathetic role of the college sweetheart of the poor poet who marries a rich publisher for monetary benefits, she essayed an unwed mother who relinquishes her baby when her lover abandons them in Dhool Ka Phool (1959). While Bahurani(1963) portrayed her as the strong daughter-in-law who inspires her husband to take his rightful place in the family, Gumrah (1963) saw her play a complex and compelling role in a film centred around a woman’s desire, and Pooja Ke Phool (1964) saw her play a lawyer defending her former lover against murder charges, matching swords with her own father in court. Mala Sinha acted in more than 100 productions, including such prominent films as Phir Subah Hogi (1958), Hariyali Aur Rasta, Anpadh (both 1962), Dil Tera Deewana (1962),  Jahan Ara (1964), Himalay Ki God Mein (1965), Ankhen (1968), Do Kaliyaan (1968) and Maryada (1971). Ironically, despite being nominated multiple times for the Filmfare Award, she was only awarded the Lifetime Achievement Award in 2018.

Born Alda Sinha on 11 November, 1936, to Christian Nepali parents after they immigrated to West Bengal, India from the Nepalese plains, her career began as a child artist in Bengali films. Rechristened Baby Nazma she featured in Jai Vaishno Devi followed by Shri Krishan Leela, Jog Biyog (1953) and Dhuli (1954). She went on to be cast as a heroine in the Bengali film Roshanara (1952), making her debut, which was followed by a few more Bengali films like Putrabadhu (1956). Whilst on a visist to Bombay for the shoot of a Bengali film, she met Geeta Bali who intoduced her to Kidar Sharma. Making inroads into Hindi cinema, she debuted in Badshah (1954) opposite Pradeep Kumar. She featured in Hamlet (1954), produced and directed by Kishore Sahu, which was an adaptation of Shakespeare's tragedy. This film failed to leave its mark at the turnstiles but it brought Sinha much desired attention in the form of rave reviews for her performance. She also featured in Kidar Sharma’s Rangeen Ratein (1956), and the mythological, Ekadashi (1955), which sank at the box office. Her versatility went on to be proved in the films that followed, whether it was Balraj Sahni’s only directorial venture Lal Batti(1957), Sohrab Modi’s Nausherwan-E-Adil (1957), or Ramesh Saigal’s Phir Subah Hogi (1958).

The 50s for Sinha saw her enjoy a series of successes co-starring Pradeep Kumar. These included Fashion (1957), Detective(1958) and Duniya Na Mane (1959). While she was pleasing in these hero-centric films, she grabbed attention with her outing in Pyaasa (1957), playing the unvarnished role of a woman who chooses to give up her impoverished lover and opt for a loveless marriage with a wealthy man. The films that followed further cemented Sinha’s reputation for unconventional film choices, a trait not common for the lead actresses of the time. As the woman whose lover is arrested for murder in Phir Subah Hogi (1958), or the unwed mother in Yash Chopra's directorial debut Dhool Ka Phool(1959), she delivered performances that saw her status cemented as a leading dramatic star.

While she acted opposite more senior stars such as Raj Kapoor, Dev Anand, and Kishore Kumar, she also worked with Shammi Kapoor,  Dharmendra, Rajesh Khanna,Sunil Dutt, Sanjay Khan, Jeetendra and Amitabh Bachchan. In fact, the most commercially successful film of her career was Maryada (1971), opposite Rajesh Khanna. Whether it was top billing in the credits with her name appearing before most of her heroes’, to being among the highest paid actresses of her time, to roles that featured her on par with the leading man’s, Mala Sinha’s career enjoyed several highs.

She was a talented singer appearing on All India Radio programes. But her only credit as a playback singer came in Lalkar (1972). 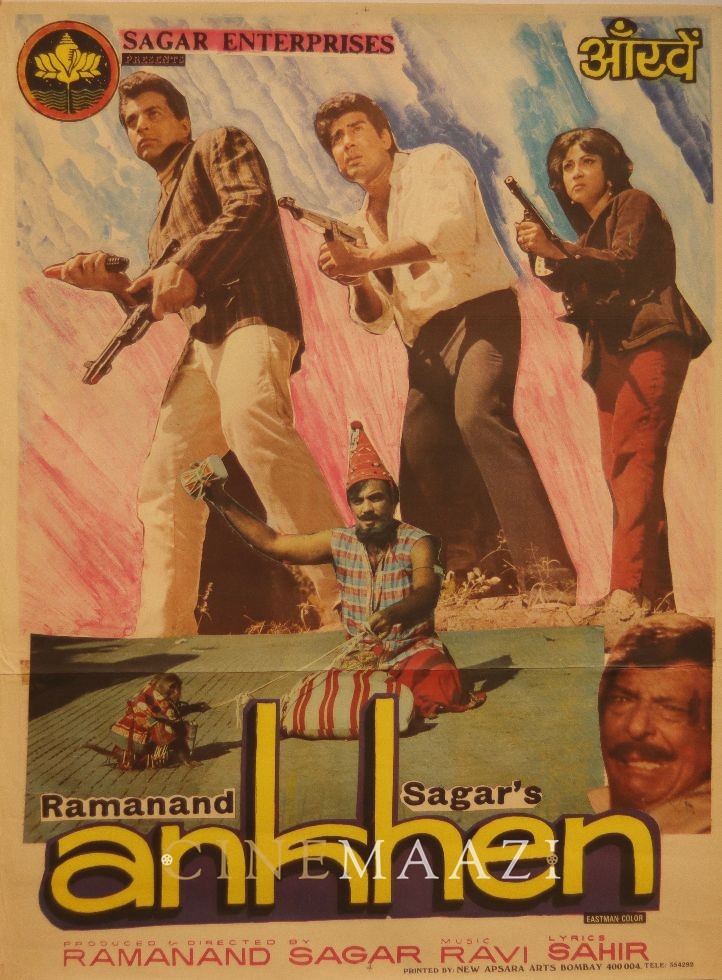 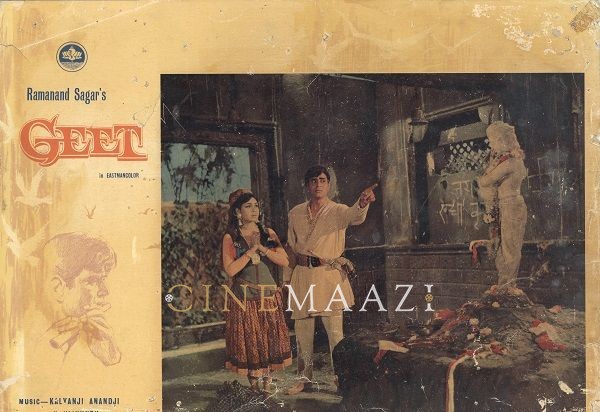 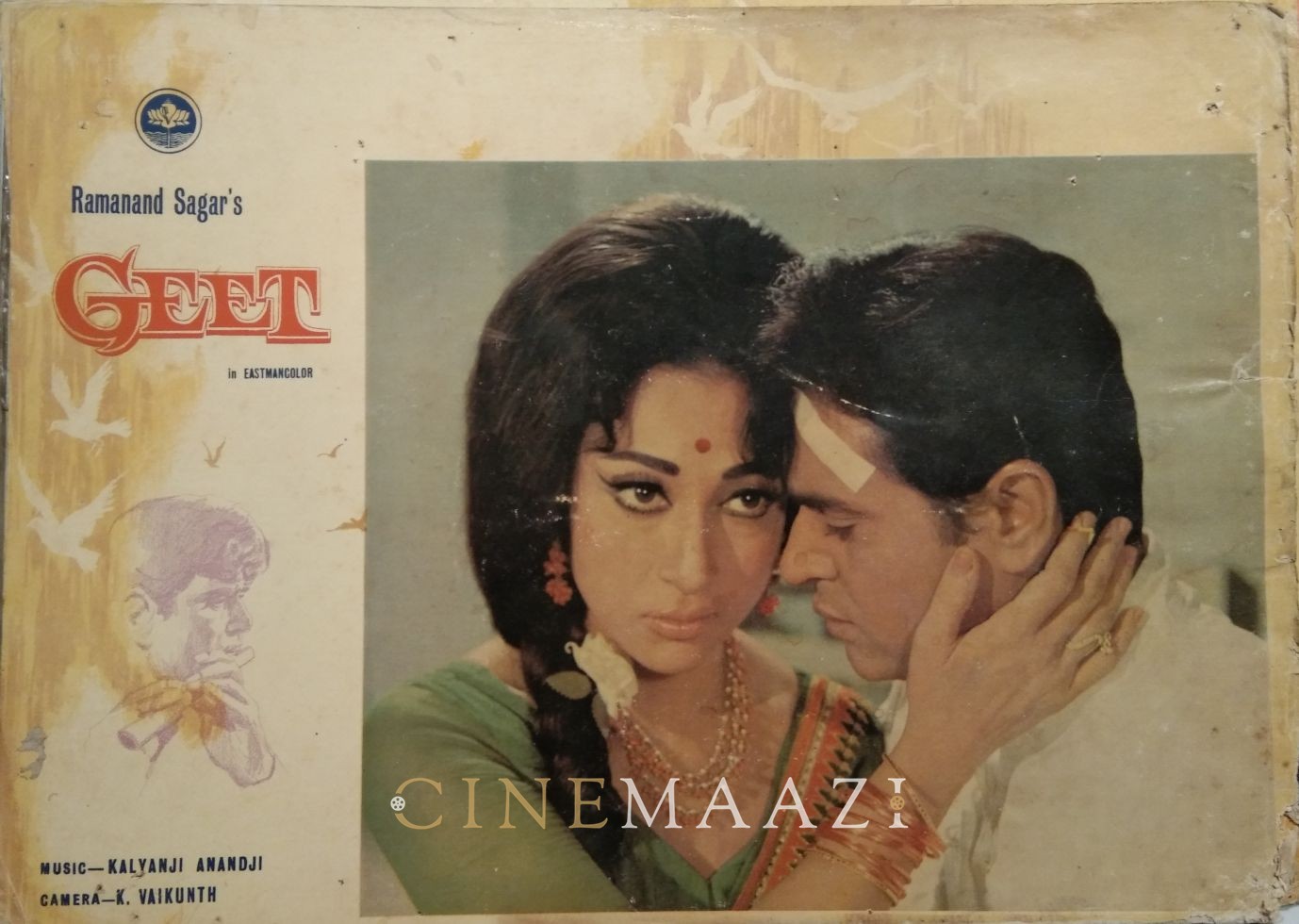 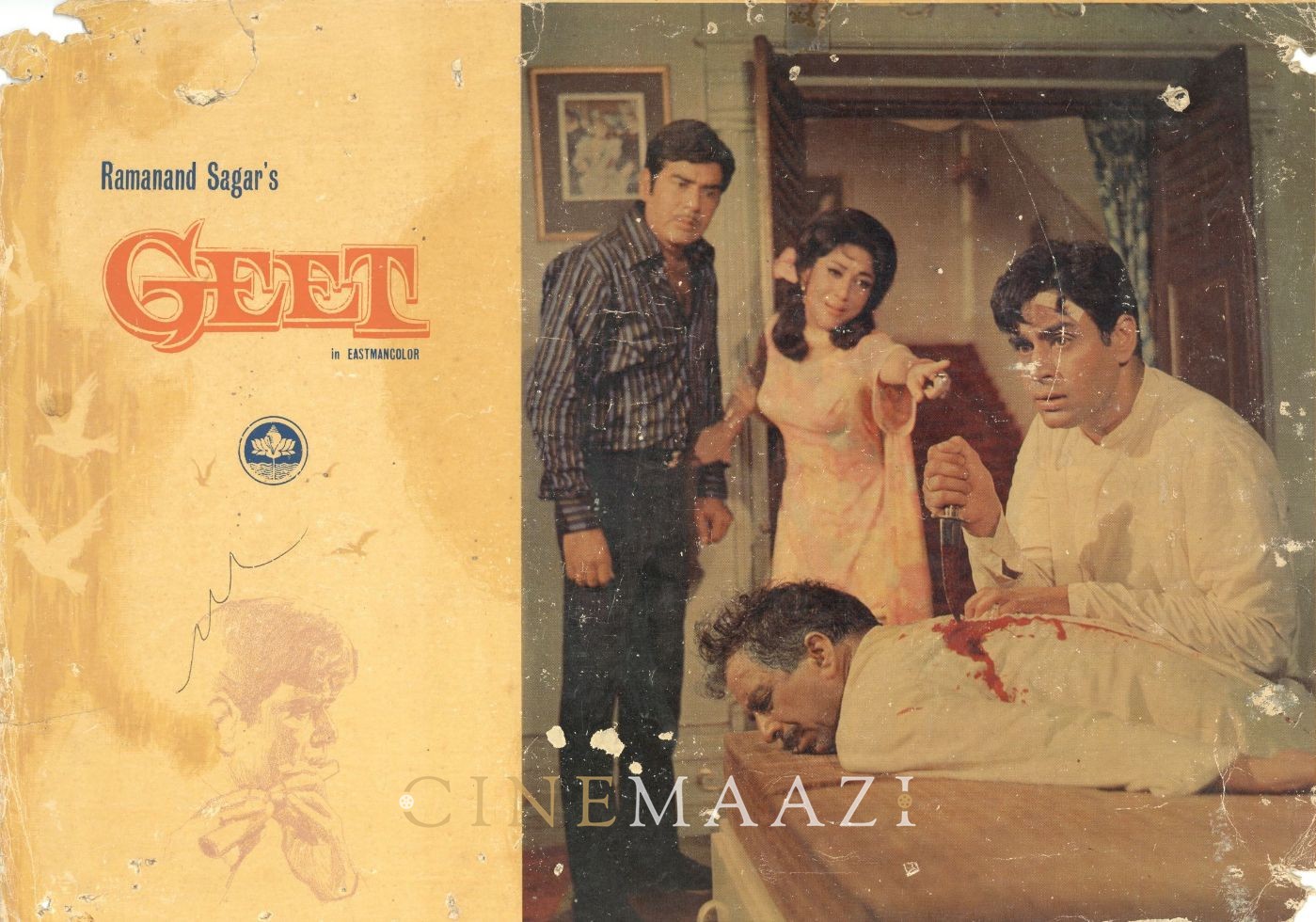 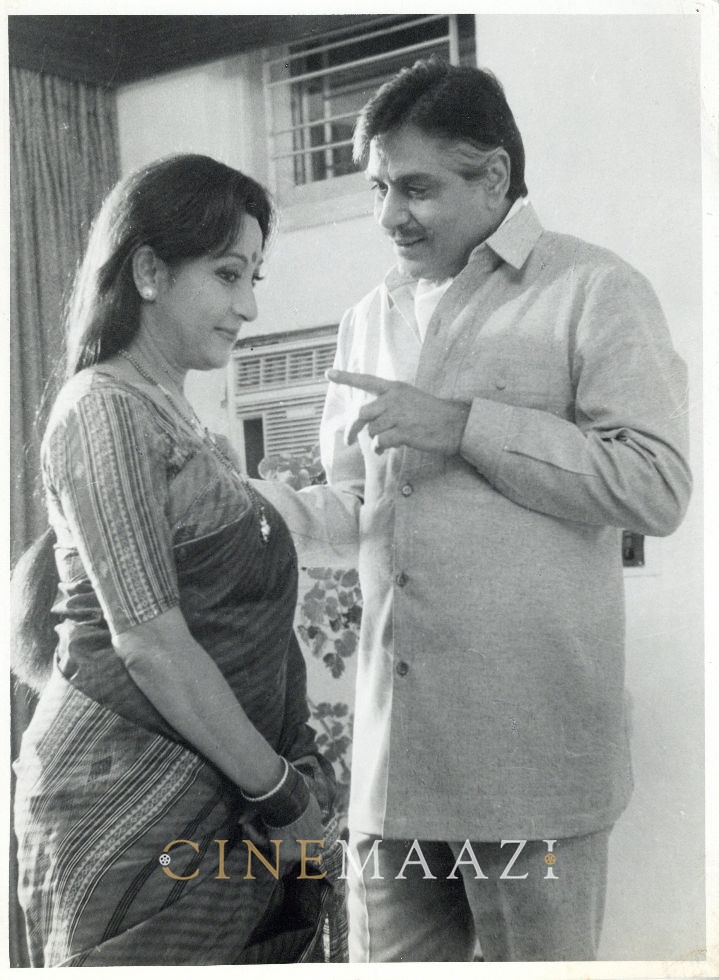 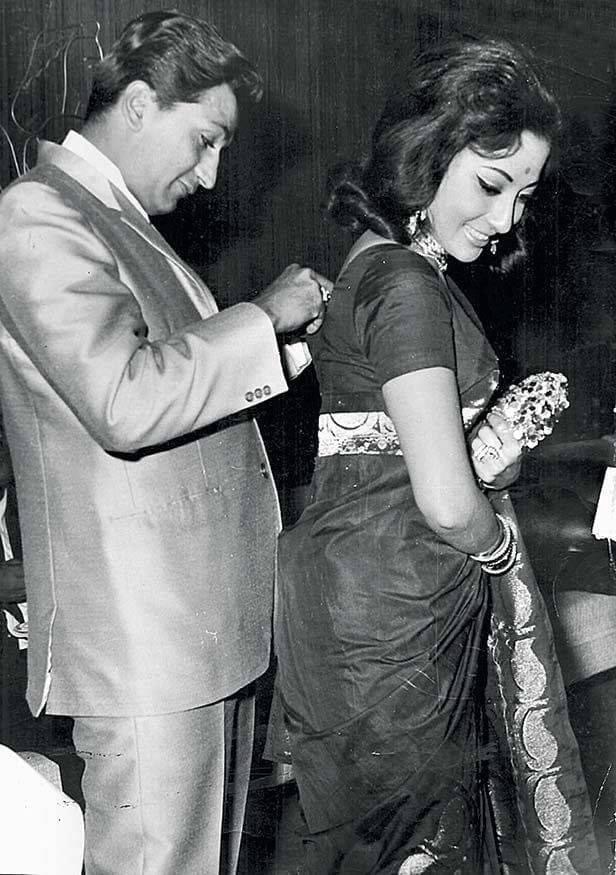 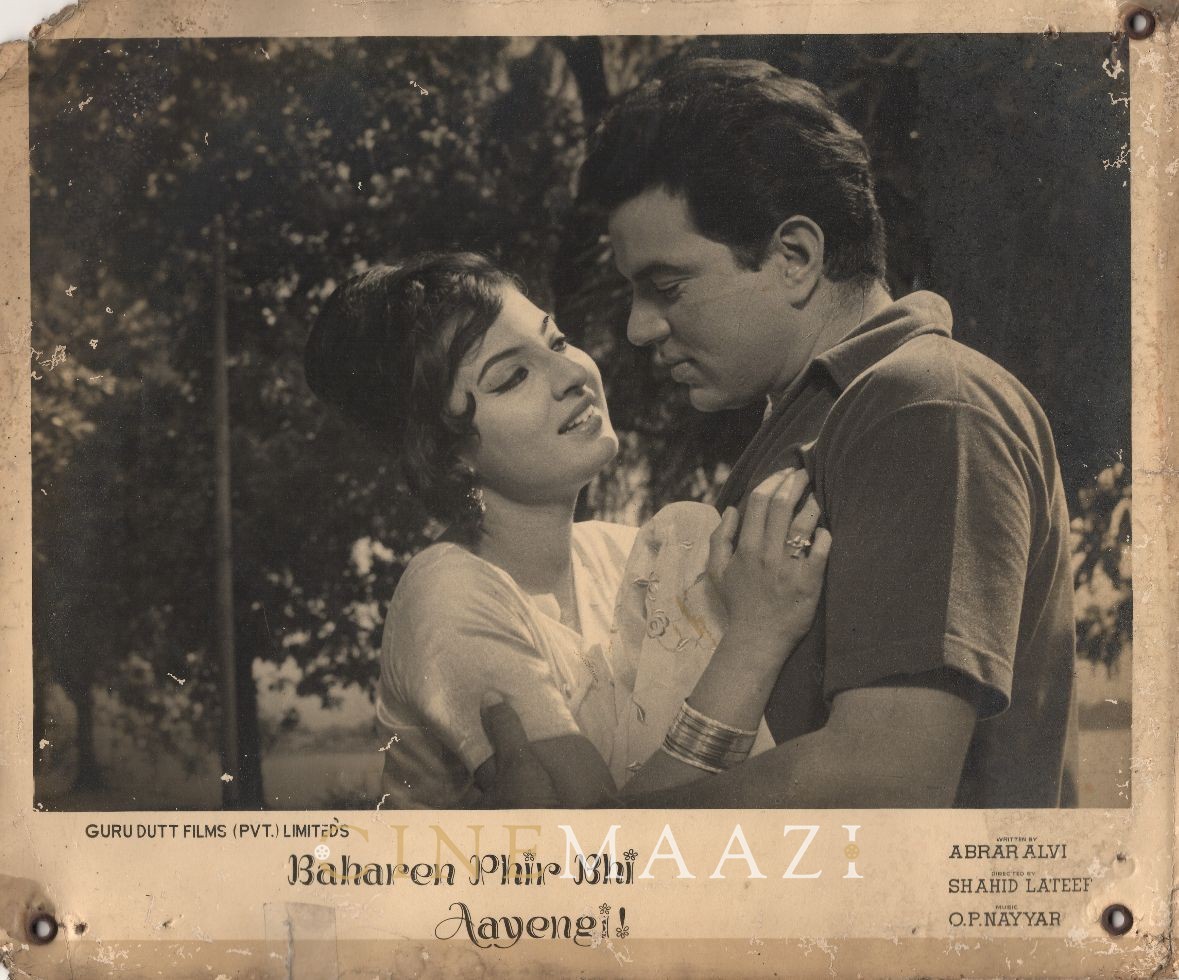