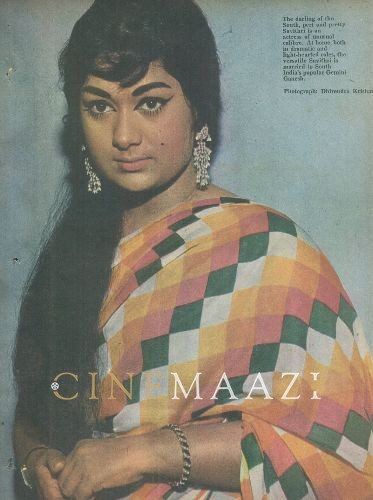 Known as the “Meena Kumari of the South” due to the tragic roles she played in most of her films, the very mention of Savithri’s name evokes memories of great performances and her mesmerizing screen presence. Though she acted in innumerable Tamil films, she was firmly rooted in Telugu cinema and became an inseparable part of the Telugu cultural ethos.

Savithri Komma Reddy was born into an affluent family in Chirravuru village of Krishna district in Andhra Pradesh in 1937. She was trained in classical music and dance by her guru Sista Poormayya Sastry and performed on stage in Vijayawada. The veteran actor Prithviraj Kapoor saw her dance recital at Kakinada when she was only 12 years old and predicted a great future in films for her. His words bore fruit when she came to Gemini Studios at barely 12 years old. At the time, Gemini Ganesan was working as a technical assistant at the studio who occasionally appeared onscreen in some small roles. He was in charge of interviewing promising newcomers, and he was struck by Savithri’s agility of mind, fluency of speech and expressive face. However, she was turned down for being too young. Undeterred, Savithri worked with NT Rama Rao and Kongara Jaggaiah in the theatre for some time. Later, she started her own theatre company under the name Navabharatha Natyamandali.

When Savithri came back to Madras, she was cast in LV Prasad’s Samsaram (1950). She was so excited to work with her favourite actor A Nageswara Rao that she had to do a lot of retakes. Unfortunately, the role went to Lakshmi Kantham. After a small role in K V Reddy’s Pathala Bhairavi in 1950, she auditioned for Vijaya Productions’ Pelli Chesi Choodu (1952). She was cast as the second heroine with NT Rama Rao and Jeevalakshmi playing the lead. In 1953 she was paired again with A Nageswara Rao in Devadasu, the first Telugu version of Saratchandra Chattopadhyay’s oft-filmed novel of unrequited love. Savithri played the titular character’s beloved Paro while Lalitha played Chandramukhi. As Paro, she demonstrated her significant acting chops in the film. Following Devadasu, Savithri’s career took off, and she appeared in a number of critical and commercial hits, including Missamma (1955), Mayabazar (1957), Kalathur Kannma (1959), Pasa Malar (1961), Karpagam (1963), Thiruvilayadal (1967), Ardhangi (1955), Maheshwari (1955), Parivarthana (1954), Menarikam (1954), Dongarmudu (1955) and Chandraharam (1954) among others.

When Savithri and Gemini Ganesan starred in Missiamma (1955), they became the most successful star pair in the South. The movie was a smashing success as was the Hindi remake, Miss Mary (1957) starring Meena Kumari. Pennin Perumai (1956), Manampola Mangalyam (1953), Pava Mannippu (1961) and Parthal Pasi Theeram (1962) were some of the other successful Savithri-Gemini starrers. Off the screen, Savithri and Ganesan had fallen in love, and in 1952, they started living together. In 1955, they were married, and the pair gained even more value onscreen.

Savithri acted with stalwarts like NT Rama Rao and A Nageswara Rao. Pasa Malar (1961), a big hit, featured her opposite another redoubtable artiste, Sivaji Ganesan, and each matched the other in acting prowess. Their success in the roles of a brother and sister meant that the two were not popular playing lovers in movies. Released in 1956, Mayabazar, acknowledged to be among the best Telugu films ever made, featured Savithri’s powerful performance as Mayasasirekha.

Savithri dominated the Tamil and Telugu screen for more than 20 years, appearing in over 250 films.  With no pretensions to beauty or a sensational figure, she scored with her charm and expressive face. She excelled in sensitive portrayals and, like Meena Kumari, was at her best in tragic roles. She was able to tackle any kind of role, adapting her speech and expression to specific demands.

Released in 1973, Chuzhi is the only Malayalam film Savithri worked in. In 1960, she received the Rashtrapati Award for her performance in the Telugu film Chivaraku Migiledi. She even tried her hand at directing films like Chiranjeevi, Mathrudevatha, Kuzhandai Ullam (Tamil) in 1969, and Vintha Samsaaram and Praptham in 1971. The failure of Praptham entailed heavy financial losses for her.

Savithri tried her hand at Hindi films as well, including Ganga Ki Lahren (1964) opposite Dharmendra, and Ghar Basake Dekho (1963) opposite Manoj Kumar. She was said to have picked up the new language of Hindi excellently and spoke her own lives with verve.

While she had achieved great success in her professional life, Savithri and Ganesan had started drifting apart by the mid-sixties. By 1969, the rift was complete. Deeply depressed, she drowned her sorrows in drink. She seemed to have lost interest in films and appeared briefly in some movies as a mother or sister. She started developing diabetes and liver damage. The day before she was to have started shooting for her next film in Bangalore, Savithri went into a diabetic coma from which she never recovered. She passed away on 26 December 1981. 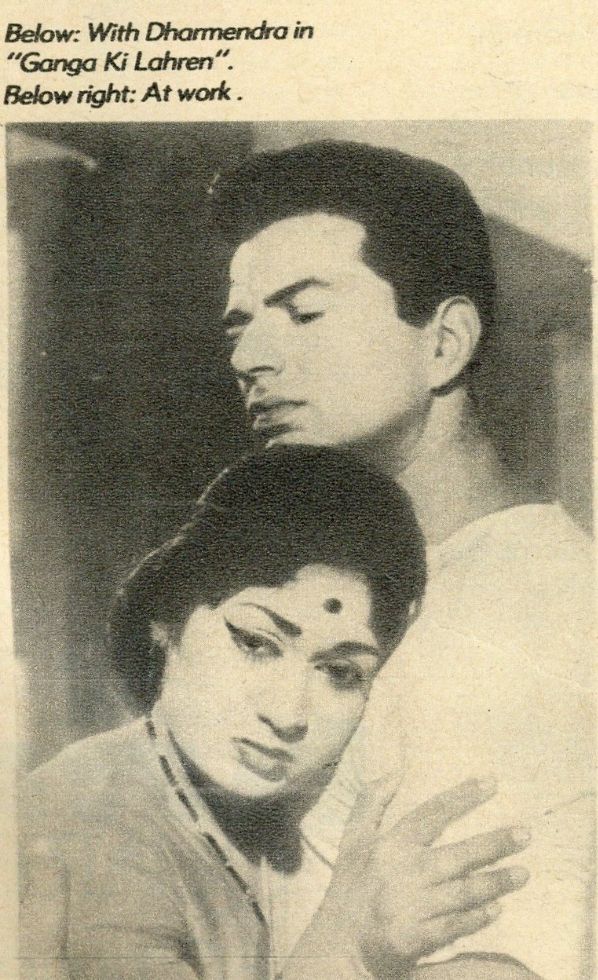 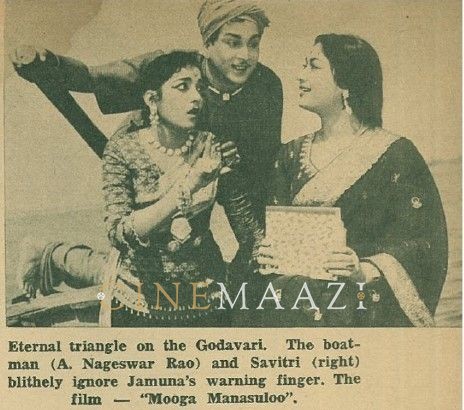 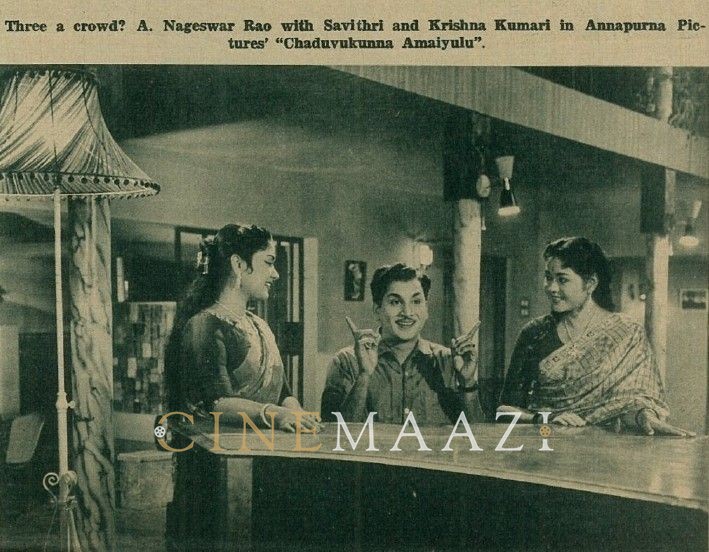 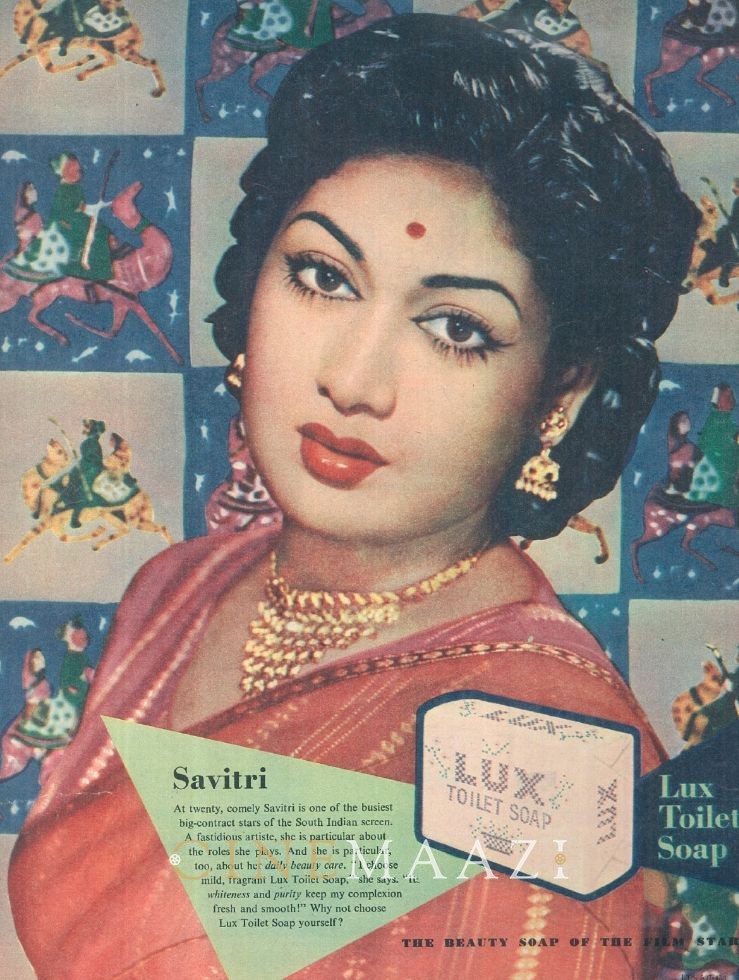 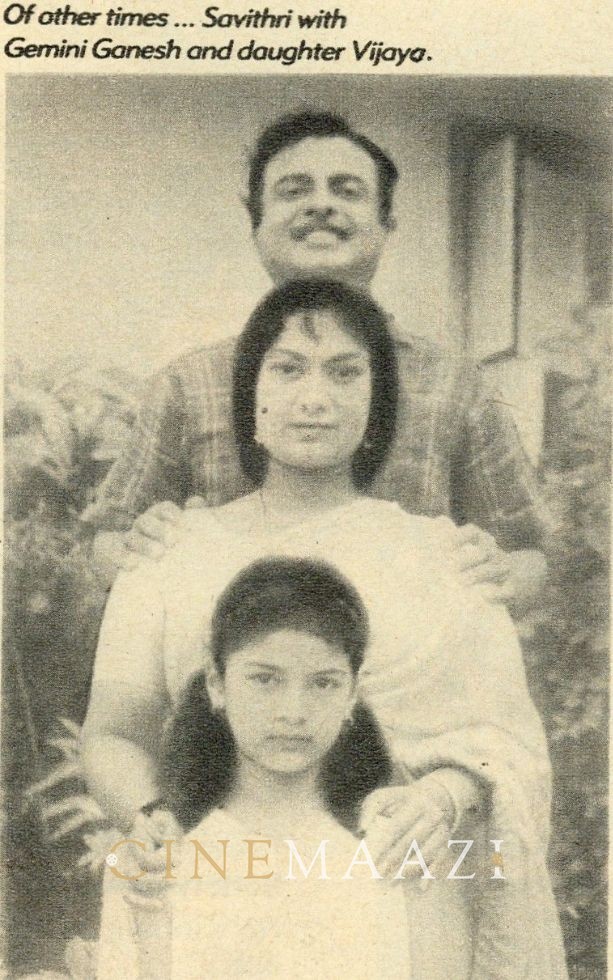 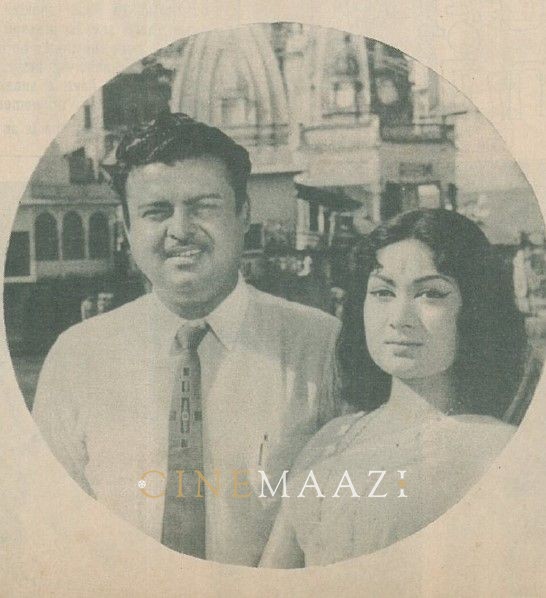 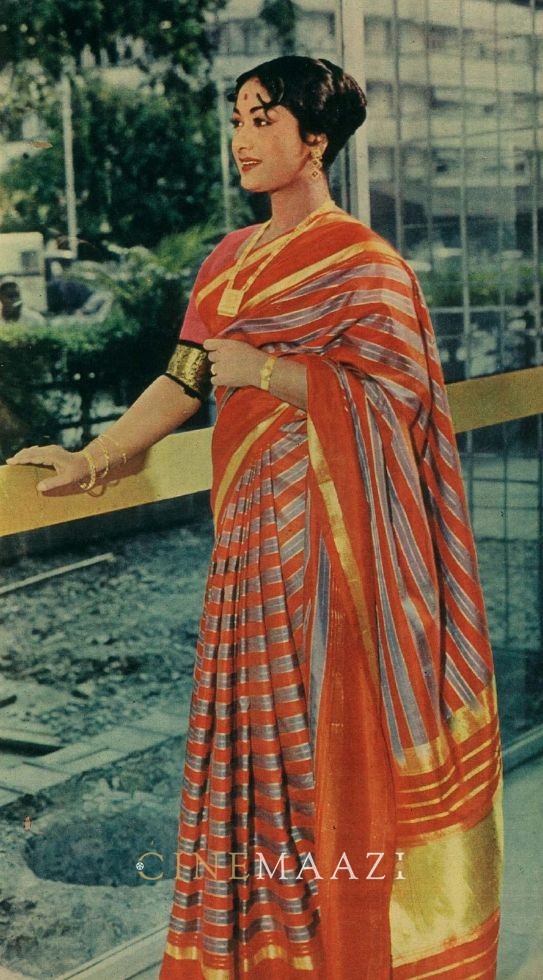 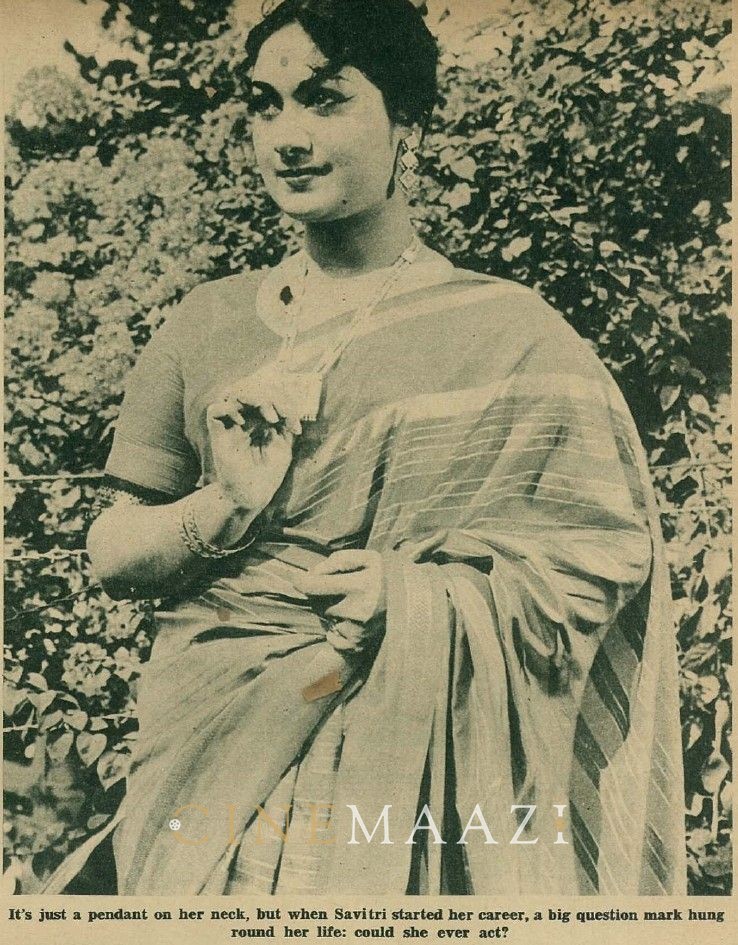 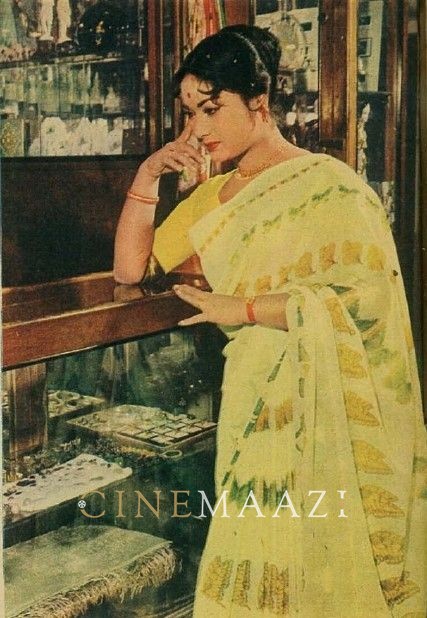 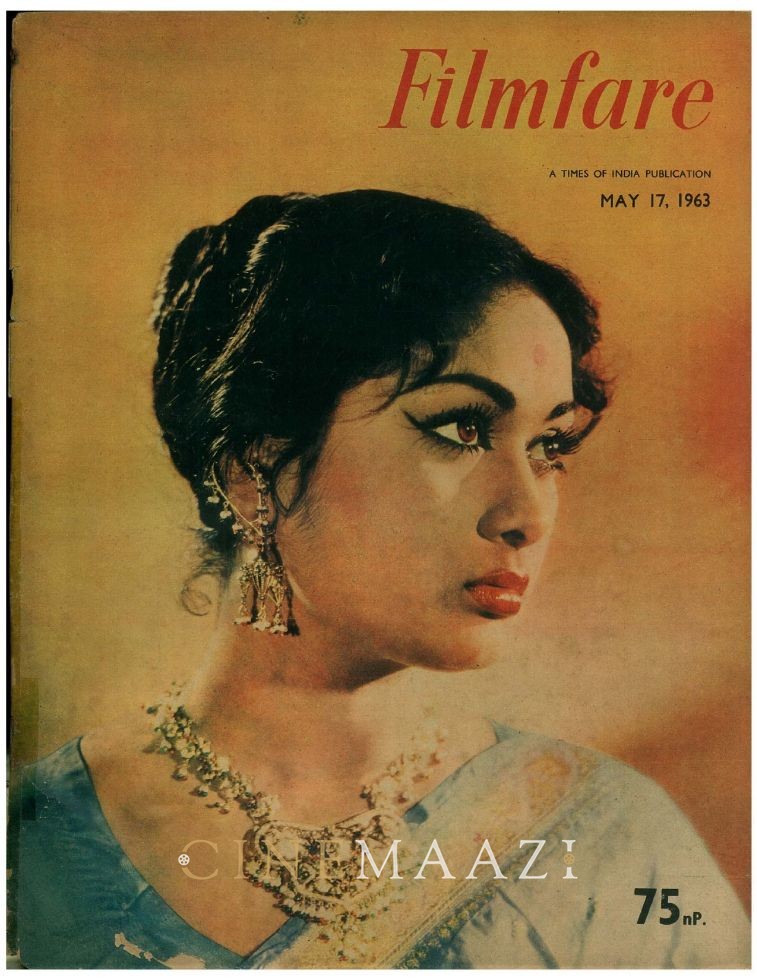