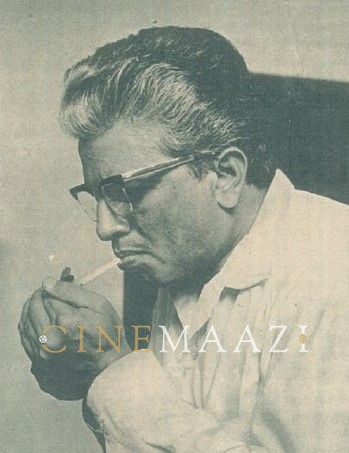 Still remembered as a gentle, taciturn man, lighting a cigarette and looking at the world with bespectacled eyes, producer-director Shahid Lateef was a gifted filmmaker, the man who helmed films like Ziddi (1948), Arzoo (1950), Buzdil (1951) and Sone Ki Chidiya (1958).

Shahid Lateef was born Abdul Lateef Khan on June 11, 1913, in Chandausiin the Moradabad district of Uttar Pradesh. His father was a zamindar who owned orchards and buildings. Abdul received his early schooling in Chandausi and Bareily and matriculated in Amraoti. On his brother’s insistence, he joined the college as a science student but soon lost interest in mathematics and gave up his studies. He went to Lucknow where he joined an English daily, The Pioneer as a young reporter. He also started writing for a few Urdu journals. After a year of working in journalism, the editor of an Urdu journal advised him to supplement his education. Shahid travelled to Aligarh, where he joined the university as an Arts student. While studying for his degree, he worked as a part-time journalist, writing fiction for a local Urdu monthly and acting as a correspondent for newspapers like The Statesman, National Call and Hindustan Times.

Having completed his B.A. degree in 1938, Shahid Lateef joined the MA course, intending to research the origin and growth of the short story and the novel in Urdu literature. Lateef also compiled a Hindustani dictionary, an interest kindled in him by a meeting with Mahatma Gandhi. When he was completing his work on the dictionary, Shahid Lateef received a message from Devika Rani inviting him to Bombay to join films as a writer. Devika Rani, then the managing director of Bombay Talkies, had heard Lateef’s play being broadcasted on the radio and asked K.A. Abbas about the author. With a recommendation from K.A. Abbas, Lateef began his film career in August 1940 as a dialogue-writer in Bombay Talkies.

In Bombay Talkies, Lateef’s first assignment was Punarmilan (1940). He subsequently collaborated on the writing of Jhoola (1941), Basant (1942) and Kismet (1943). Around 1943, when S. Mukherji and Rai Bahadur Chunilal left Bombay Talkies to found Filmistan, Shahid followed suit. The name ‘Filmistan’ for the new production house was coined by Lateef himself. His association with Filmistan, however, lasted only a few months. He left soon after to join Jayant Desai Productions as a writer. Under this banner, he wrote Lalkar (1944) and Samrat Chandragupta (1945). He also sold a story to Navyug Chitrapat of Poona, which was made into the film Room No 9 (1946).

Shahid Lateef made his directorial debut with the film Shikayat (1948) under Navyug Chitrapat. The film was based on a story written by the well-known Urdu writer, Mirza Azim Beg Chughtai. The dialogue of the film was written by Ismat Chughtai, Azim Beg’s sister. Lateef had known her in Aligarh, and the two were married in 1942. Author of more than a dozen books, Ismat remains to this day one of the most prominent writers in Urdu. She is also known to have written for most of Shahid Lateef’s films.

Shikayat (1948) was followed by the Dev Anand-Kamini Kaushal starrer Ziddi (1948), under the Bombay Talkies banner. The film was highly successful, followed by the hit Arzoo, co-starring Dilip Kumar and Kamini Kaushal. Launching his own production house, Shahid Lateef produced and directed the critically acclaimed Buzdil (1951).

Shahid Lateef continued his work with films like Sheesha (1952), Faraib (1953), Darwaza (1954) and Society (1955), but according to the director himself, these were products of a time when he had lost his former confidence. He claimed that he came up with a good and successful film whenever he took up a provocative subject to film but lost out when he tried to woo larger audiences. In his opinion, this remained the greatest shortcoming of filmmaking in India.

Shahid Lateef had finished directing Baharen Phir Bhi Aayengi (1966) for Guru Dutt Films when he succumbed to a cardiac arrest on April 16, 1967, at the age of 53 in Bombay. The film also marked his return to the screen. At the time of his death, he had also started production of a film titled Maine Toh Mohabbat Ki Hai starring Nanda and Jeetendra. 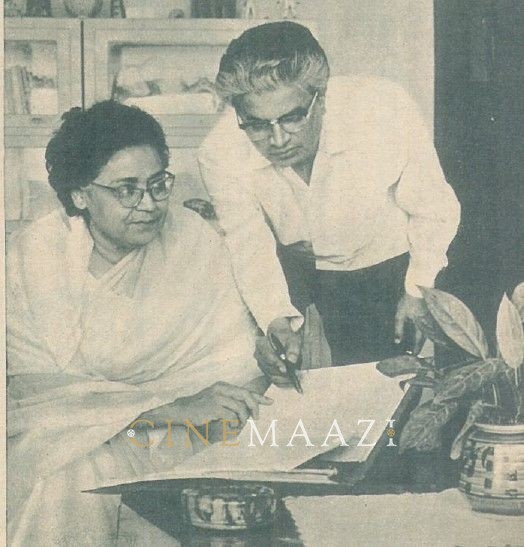