Notoriously shy and in possession of a jealously guarded, lovely voice, Shamshad Begum was known throughout her career for distancing herself from all kinds of publicity. Though she lent her voice to the screen for over three decades, she was rarely seen in public, and did not like her photographs being taken. In 1969, she appeared at Mumbai’s Shanmukhanand Hall for the first time, creating a public frenzy among her many fans dying for a glimpse. Soon after, however, one of the voices behind the famous Mere piya gaye Rangoon (Patanga, 1949) disappeared from the world of films into obscurity.

Shamshad Begum was born on 14 April 1919 in Lahore. Her father was a contractor of housing, and she was the fifth among eight siblings. She did not receive any formal training in music, instead learning how to sing from repeating songs she heard on the gramophone. She hardly realized when she started singing, even though her relatives would visit her house to hear her recite naatein during the month of Ramzaan. When she was 12 years old, she accompanied her uncle to the Xynophone Company, which used to make records. At the time, the legendary Ghulam Haider was working at the company as their sole music composer. Shamshad Begum auditioned for him, singing parts of the ghazal Mera yaar mujhe mile agar written by Bahadur Shah Zafar. She was immediately accepted, and Ghulam Haider set about training her more formally. Under his supervision, a number of private non-film records voiced by Shamshad were released and gained some popularity. Her first hit song was Haat joda pakhiyaan da kasam khuda ki. The song was so well-received that Shamshad could not continue her schooling beyond the fifth grade and had to dedicate all her time to her singing commitments.

After 1935, films had started recording sound. However, playback singing was still not in vogue, and Shamshad, among others, received offers to become a singer-actor. Her strict parents did not allow her to accept these, and she was married at the age of 16. In 1937, when Shamshad Begum received an opportunity to sing for the radio, she travelled to Peshawar. Within the next two years, she was travelling between Lahore, Lucknow and Delhi to sing for the radio. By 1930, playback singing had been integrated into films. Shamshad Begum’s remarkable talent was noticed by Dalsukh M. Pancholi of the banner Pancholi Arts in Lahore, and he gave her a break in the Punjabi film Yamla Jatt (1940), for which she sang a total of eight songs. The film, also the actor Pran’s debut, proved to be a silver jubilee hit film. Seeing the resounding success of the songs Shamshad Begum voiced, Pancholi asked her to sing for her first Hindi film, Moti B. Gidwani’s Khazanchi (1941). Her songs Ek kali naazon ki pali and Sawan ke nazaare hain from the film proved to be very popular. While still in Lahore, she sang for films like Khandaan (1942), Zamindar (1942), Poonji (1943) and Nishani (1942). Soon, word of her fame reached Bombay, and the filmmaker Mehboob Khan extended an invitation for her to lend her mellifluous voice to his film Taqdeer (1943), which was also Nargis’s first film as a heroine. Her eight songs for the film were mostly hits, and soon after she sang for Panna (1944). Unfortunately, though she recorded the music for the film, the records subsequently released included the singer Rajkumari’s voice. In the same year, she also sang for Filmistan’s Ashok Kumar- Naseem Banu starrer Chal Chal Re Naujawan (1944), which established her as one of the best-known playback singers of her era.  With Shehnai (1947) and Mela (1948), she became a household name. By the end of 1940s, Shamshad had sung playback in over 170 films.
Her popularity did not diminish in the next decade, and she sang for around 300 films in the 1950s as well, animating acclaimed films like Awara (1951), Bahar (1951), Nagma (1953), C.I.D. (1956), Mother India (1957), Howrah Bridge (1958), Chaudhvin Ka Chand (1960) and the epic Mughal-E-Azam (1960). By the 60s, however, her star had started to fade out of the firmament. She was signed to sing playback for only around 40 films in the 60s, as the changing times demanded a thinner tonal quality than she possessed. She remains the only singer whose career from the 40s to the 60s nearly rivaled that of Lata Mangeshkar, and she was known for singing duets with her as well. In a career spanning 30 years, Shamshad Begum sang more than 1600 songs, and worked with reputed music directors like Ghulam Haider, Sachin Dev Burman, Naushad, C Ramchandra, Madan Mohan and O.P. Nayyar.
According to Shamshad Begum, she last recorded songs for the film Kismat (1968), for which she sang the duet Kajra mohabbatwala with Asha Bhonsle. Following the death of her husband, she started living with her daughter and son-in-law. Due to his work in the Army, she moved in and out of various cantonments with them post 1971. By the time she returned to Mumbai, most of her ties to the film industry had been severed. However, songs recorded by her continued to be released until 1981, for films like Raton Ka Raja (1970), Parde Ke Peechhey (1971) and Ganga Mang Rahi Balidan (1981). Shamshad Begum had retired by the time these films were released.
For her immense contribution to Indian film music, she was honoured with the prestigious O.P Nayyar award as well as the Padma Bhushan in 2009. She passed away in Mumbai on 23 April 2013 after a prolonged battle with illness. 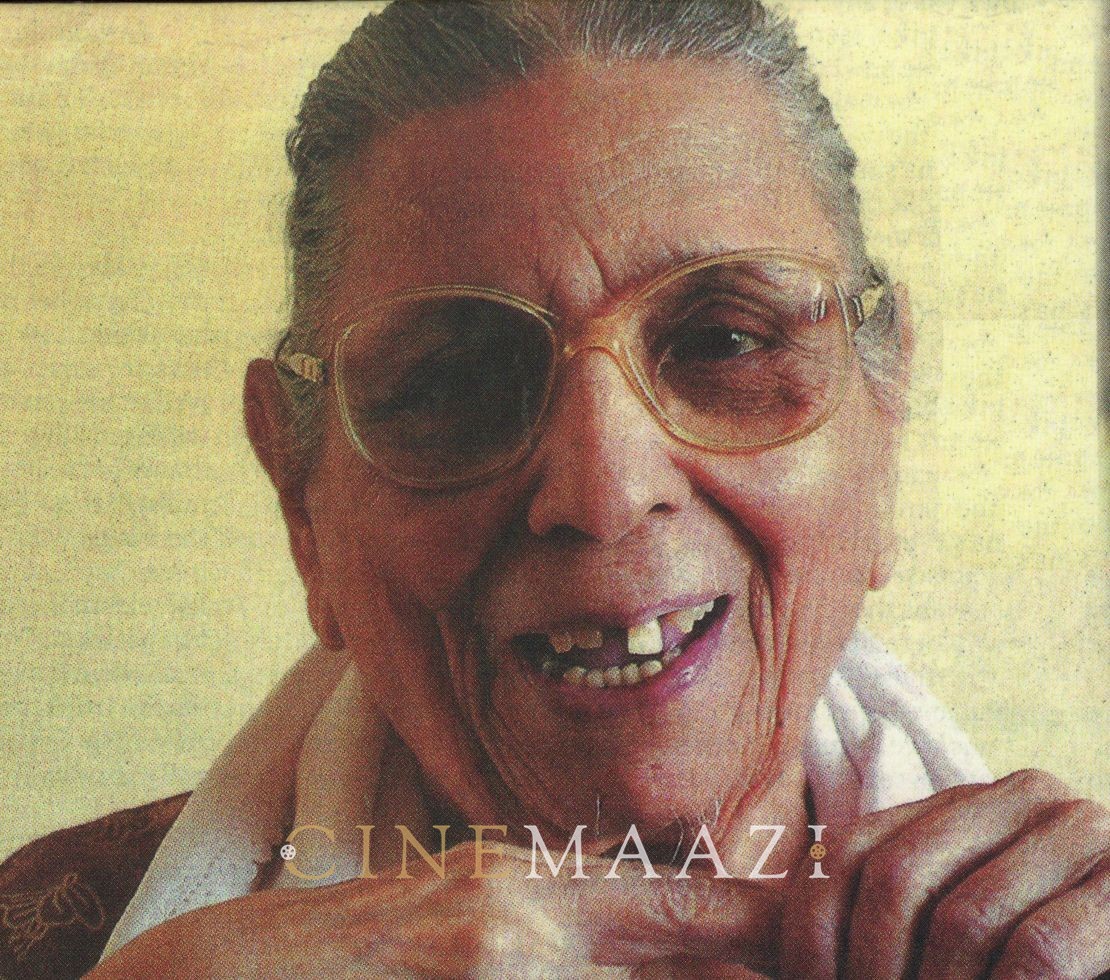