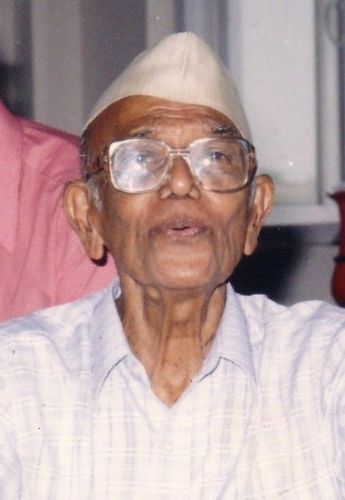 Perhaps one of the most gifted music composers of the Hindi film industry, Snehal Bhatkar has now almost slipped from our memory. Born on 17 July 1919 in Bombay as Vasudev Gangaram Bhatkar, he lost his father when he was just one and a half years old. His mother was a teacher and became his inspiration to pursue music. A singer herself, she was his first music teacher. The young Snehal joined Shri Krishna Sangeet Vidyalaya in Dadar later, and soon after he started to perform and earned some recognition through his programs. He secured a job in the H.M.V. record company in the 1940s when the company was releasing many non-film Marathi records.

While at H.M.V., he made contact with the writer-director Kidar Sharma, who had a huge impact in how the rest of his career panned out. At the time, Kidar Sharma was working in Ranjit Studio, and he gave Bhatkar the opportunity to sing a few songs in the film Kaliyan (1944). His career as a music composer started with Rukmini Swayamwar (1946) as a part of the music director duo Vasudev-Sudhir, along with Sudhir Phadke. The film did not do very well, and it was the end of the duo’s collaboration. Over the course of his career, Bhatkar worked under many aliases such as Vasudev, B. Vasudev, Snehal and V.G. Bhatkar due to his contract with H.M.V. For the Begum Para-Raj Kapoor- Madhubala starrer Neel Kamal (1947) he was credited as B. Vasudev, while in films like Suhaag Raat (1948) and Thes (1949) he went by Snehal. In Sant Tukaram (1948), Sati Ahalya (1949) and Pagle (1950) he was credited as V.G. Bhatkar. In 1949, he decided to stick to Snehal, after his daughter’s name Snehalata and decided to be a music composer after quitting work at H.M.V.

Snehal Bhatkar also continued to sing for some films like Neel Kamal and Bhola Shankar. He also dabbled in acting for Kidar Sharma’s Bawre Nain (1950), where the popular song Mohabbat ke maaron ka haal ye duniya mei hota hai was picturised on him. The music scene in the 1960s was drastically changing which left little space for a composer like Bhatkar, who used minimum orchestra and dwelt upon melody.

In a career spanning over five decades, he continued to compose music even in the 80s and 90s in films like Pehla Kadam (1980).

He passed away on 29 May 2007 at the age of 88. His son Ramesh Bhatkar is a Marathi actor who acted in Sehme Hue Sitare, which was also Snehal Bhatkar’s last film. Bhatkar is remembered as an Abhang singer, as he had always loved devotional music since childhood.