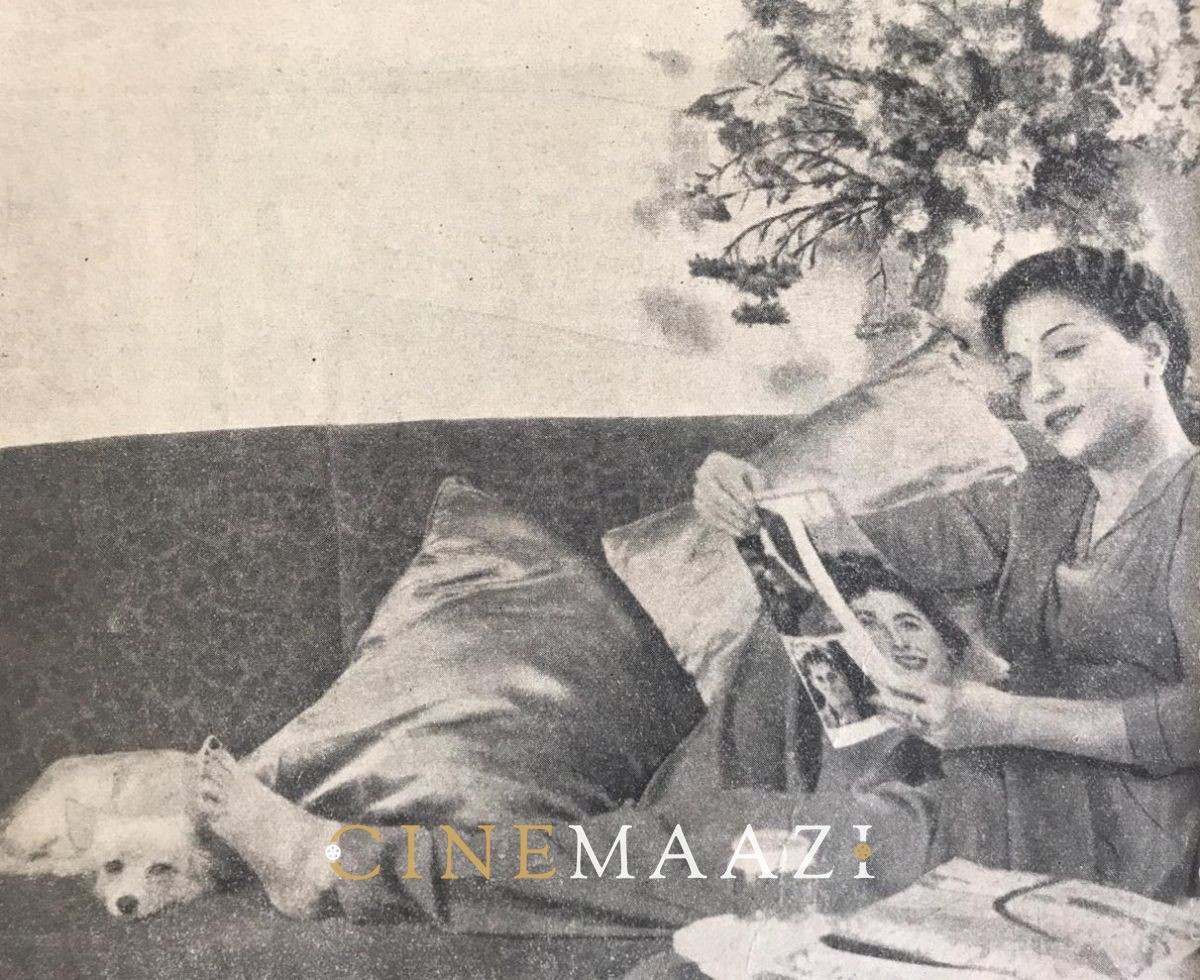 There is something uncanny about the lives of film stars. You see them on the screen enacting highly tender roles. You idolise them and feel, your search for human perfection is over. It is there among your favourite stars on the screen. Then you wish to see them in person - if only to get a glimpse of this perfection. One day such a chance comes to you and for the first time you see the star in three dimensions. Only the third dimension - instead of its being depth - proves to be only snobbery and you are still left searching for that ideal.

Such were my reflections when I was to meet in person for the first time. Mehtab, the coy girl of Sharda, the inspiration of Chitralekha, the pathetic mother of Parakh…….  The star of so many moods in so many pictures! I have often wondered if there could be a recipe for a successful screen career - and should there be one, what its ingredients would be! Good looks, falling neck-line, and rising skirt may gain admittance in a studio - but they are no guarantee for a successful career. That is why so many aspirants enter the film world with a splash and after a brief - though noisy - spell, fade out and are heard no more. Following the careers of some of the best actresses of today and yesterday, I have discovered that though they look different and act different, they have something common among them - that sincerity without which the best effort fails to attain the mark. Here, Mehtab excels any other actress on the Indian screen. She puts her heart and soul in the work, forgetting herself, feeling each feeling, and living each moment as her prototype would have done. That accounts for her great performances and fine portrayals in such pictures as Sharda, Bhakta Kabir, Chitralekha, Parakh, Bairam Khan, Shama. Following the careers of some of the best actresses of today and yesterday, I have discovered that though they look different and act different, they have something common among them - that sincerity without which the best effort fails to attain the mark. Here, Mehtab excels any other actress on the Indian screen.
Today, Mehtab is back in the show business and among show people. Not in just one more picture, but in the film industry’s biggest undertaking and in India’s First Technicolor picturisation Jhansi Ki Rani. And once again, not one ounce of that sincerity is sacrificed to that job in hand. She may not appear in another picture after her climaxing portrayal as the Queen of Jhansi because she is not very keen on making pictures. But that is another consideration. Her present daily programme is too full to give future a thought. From early morning horseriding, to noon sword-fighting practice, to afternoon rehearsals, to evening badminton exercises, her daily schedule gives her little time for anything else. If you ask her why, she would say that this self-grooming for her role is nothing new to her. She used to do it even in the past. Selfgrooming. I am hearing that set of words for the first time. I have heard of directors grooming stars - but if you touch this subject with Mehtab, she could cover chapters on it. The greatest stellar test is to be able to cover time on the screen - to re-enact the childhood, youth and old age on the screen. By this highest test of histrionics, Mehtab stands supreme. The feeling she infuses into her roles, and the ease with which she covers the span of fifty years in the same picture, makes her stand alone from the rest of the film stars.


Mehtab did not get this most coveted role by an act of chance or good luck. Curiously enough, though she is the wife of the maker of this screen colossus, Sohrab Modi, she was subjected to rigorous screen tests for this role. Apart from acting, sound, make-up and costume tests, she had to be actually photographed in color to reveal her suitability for the great role. Once again, her sincerity stood her in good stead. All those who witnessed these tests a year ago, know that Mehtab actually lived the role - and not passed through it.

For several months after Sohrab Modi’s announcement of this stupendous undertaking, speculation ranged wide as to whom he would have for his leading lady. Fantastic stories were heard. And names suggested. But Sohrab Modi set at nought all these speculations when he said to one press representative: “I want someone to re-live the role. I do not want screen butterflies who will flutter about on my costly sets.”

[This is the reproduction of the original published in Blaze, November 1951. This was the Blaze interview of the month.]
801 views

Other Articles by Magazine Reproductions

These Three Speak Under Pressure