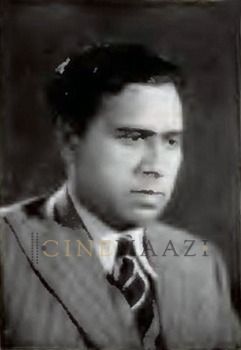 With “Khazanchi” Punjab steps into the All-India competitive field in picture making. Remembering the numerous abortive attempts made by several producers in the Punjab, at least to produce a complete picture, in the past, the success of “Khazanchi,” the first really good picture from the Punjab, has a double edge of satisfaction: firstly in the exploitation of the local talent and secondly in the triumph of Mr. Dalsukh Pancholi to whom the Punjab can be merely a field of business.

“Khazanchi,” as presented on the screen at the Krishna cinema in Bombay, can hardly be compared with some of the excellently finished products coming out of the Bombay Talkies and Prabhat Studios and yet, it has managed to attain a remarkable degree of technical standard, considering the lack of facilities, technicians and equipment in the province from where the picture comes.

The very fact that such an ambitious picture has been completed within a period of four months in a province where business and its discipline are lax is certainly a praiseworthy aspect of the production. And to that extent, at least, we must heartily congratulate Dalsukh Pancholi, the producer of  “Khazanchi”.

“Khazanchi” presents an intensely human story, the plot of which should be familiar to many in having its close similarity to the one in “The Way Of All Flesh” starring Akim Tamiroff.

The “Akim Tamiroff” in the Indian version is M. Ismail, a talented Punjabi artiste who has been on the Indian screen off and on for a number of years.

It is the story of a steady pious bank cashier who becomes a victim of circumstances and is accused of theft and murder. He becomes a fugitive from the law and runs away from his family of a son and a daughter.

For years, he becomes a tramp and in the meanwhile the son becomes a lawyer and practices in the local courts.

A romantic interlude introduces the love sequence between Madhuri, the daughter of a local aristocrat and Kanwal, the son of the fugitive cashier. The romance reaches the verge of a wedding but Kanwal, aware of the disgrace brought to the family by his own father, refuses to make Madhuri a partner of his shame. Kanwal and his sister Asha therefore lead an almost ostracized social life trying to live down the shame of their father.

Then the old cashier, now a vagrant, returns to his home town and by a too familiar filmic coincidence comes across his own family. A series of intriguing situations, cleverly worked out, implicate the unfortunate man again in a murder and this time he stands his trial as an unknown accused and is, by a strange trick of fate, prosecuted by his own son.

During the trial, again by familiar coincidences, the real murderer is brought to book and the old cashier is acquitted of all guilt. He comes out of the court with a spotless character and is joyfully reunited to his waiting family. Madhuri and Kanwal are soon married.

The treatment of the story is rather stretched out with the result that it becomes boring at places. If a couple of thousand feet of celluloid is judiciously clipped the picture will improve tremendously in its grip and appeal. However, the story does become pathetically human and interesting because of its inherent human element.

Romola is the buoyant spirit of the whole play. Her scintillating charm hypnotises the audience which constantly aches for her appearance on the screen. Romola gives a very popular performance which sustains popular interest through the short periods of boredom in the picture.

M. Ismail as the old cashier becomes unnecessarily stagy at certain places and not completely convincing at others and yet considering the source of the picture and its other environment, his performance can be condoned and called quite good.

Manorama as “Asha”, the sister of the hero is quite an attractive proposition and gives a promise of a good future. She is, however, a bit heavy on the figure.

Narang, a new comer to the screen in the role of “Kanwal” the cashier’s son, tries sincerely but fails to reach the heights of efficiency. He will, however, improve.

The production values are quite good for the Punjab and for its very first picture. The music of the picture is particularly an attractive feature. It is sweet, melodious and snappy. And it is liked tremendously by the people. The direction is quite nice.

This is a reproduction of the original published in Filmindia, April 1941.

Other Articles by Magazine Reproductions

These Three Speak Under Pressure