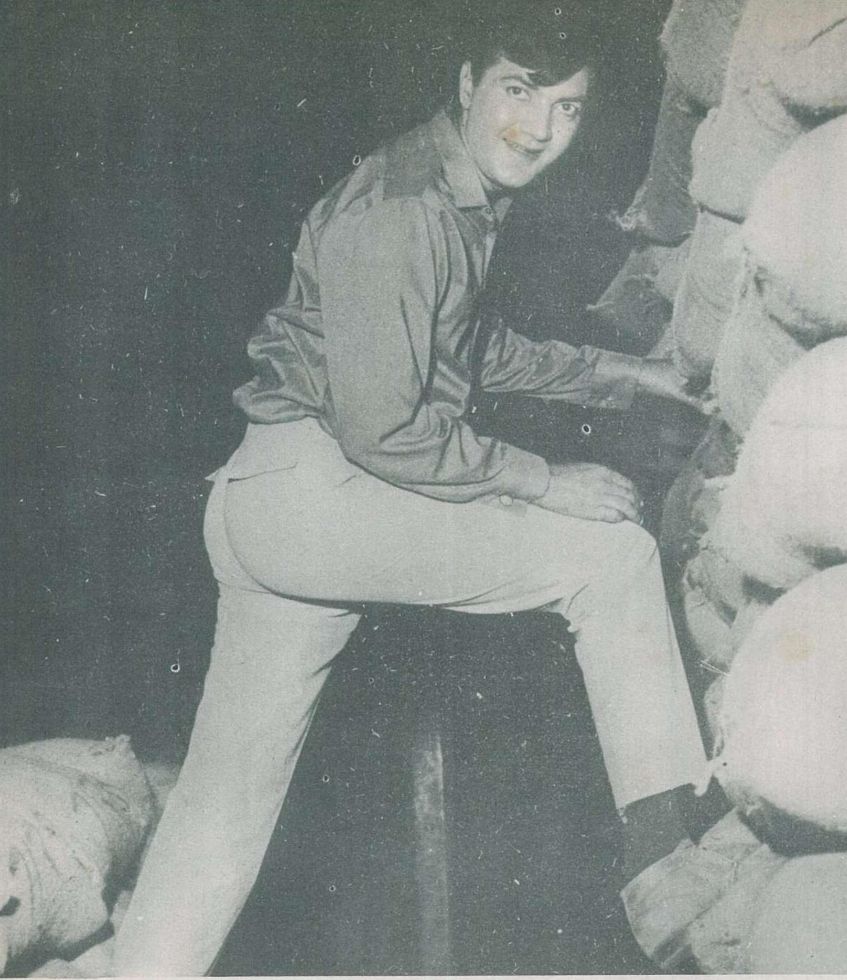 Prem Chopra makes a fervent plea against the rigidity that prevails in the way film artists are cast in certain roles. A villain continues to be one in every film in which he appears and a hero is eternally one in all his films. How can one explain this typing which stifles the talent of an artiste? If our film makers could shatter this tradition of `typing' stars and give them more lenience, Prem Chopra feels that an actor will have a chance to prove his versatility, while the audience too will have a pleasant surprise each time.

Apart from this, he has another grouse. A hero on the Indian screen is a paragon of virtue and has no human weakness. He does not even lose his- temper once in a while. A villain, on the other hand, is very villainous indeed. There is no redeeming feature. They are not characters, they are types. So an actor is not only typed, but he also plays not real-life characters, but only types. Working in films for more than three years now, twenty-eight-year-old Prem was born in Lahore and graduated from Simla. Though he took up a job with a big publishing house in Bombay, he did not allow time to erase his wild dreams of joining films. His job involved a lot of traveling, and the seven days that he once spent in Bombay he utilised in exploring the possibilities of a film career.

Prem Chopra succeeded after a short struggle. The moment came when in Panchgani he met producer Gulshan Behl who was planning his first film and showed a keen interest in the roving aspirant. Prem had his screen test, but his soaring hope gradually collapsed when the producer did not contact him for nine months. Prem forgot all about it, and thanked his stars that he had not given up his job. But one day Gulshan Behl rang Prem's door bell holding a contract sheet in his hand and Prem played his first role as a villain. The picture flopped. Prem Chopra survived the failure when another film, Chowdhury Karnail Singh (1960), came his way. This celebrated a jubilee and received a State award as the best regional picture. "These days all my activities centre round my work. One has to labour hard, conscientiously and consistently. It would be futile to expect help from others to improve your performance because the circumstances in which we work lack a systematic pattern. For instance, the script is never read to the artiste, dialogue is given on the spot, changes are made even as the lights are being arranged, No rehearsals in advance. Of course I do not include all filmmakers in this;  there are a few happy exceptions," said Prem Chopra.

Very hard-working while at a job and very funloving while at a party, Prem does not believe in mixing work with pleasure. Swimming and dancing are a passion with him especially the Viennese waltz and he frowns at the modern jerks and frugs.

Inactivity is not his idea of leisure. Work he must everyday."Confinement inside the house even for a couple of days is misery," feels this young man. His one insurmountable fear in life is the snake. No appeal to reason, no lectures on the absurdity of the fear, can remove this phobia from Prem's mind.

What is his ambition?

"To work in all possible roles. Highly emotional and dramatic roles would be my first choice, but I may not relish the singing juvenile roles. Being typed is deplorable," was Prem's final verdict.

This article was originally published in Star & Style's 15 April 1967 issue. The images used are from the original article.
586 views