Secrets Of Our Speculative Business 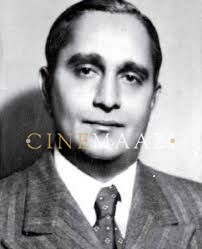 I have often been asked, what is the secret of success in films?

I wish I knew.

Because then I could have patented it as a formula and lived the rest of my life on the royalty it would fetch.

The truth is that film-making is a purely speculative business and a film-maker's fortune sways with the whims and fancies of the audience. In films, the Midas Touch is a myth.

The demands of the spectators, too, change from generation to generation. I have been in films for well over three decades and I have been a witness to the radical changes that literally drove into oblivion many producers and directors. A film-maker has to keep himself abreast of the times. Otherwise, he is bound to find himself a misfit.

The trouble with many filmmakers is that they live in Ivory Towers, cut off from the mainstream of life. Such an attitude is disastrously because a film-maker has to have his finger on the pulse of the audience all the time. As mentioned before, and audience reaction keeps constantly changing. Even the most dramatic films of the early days are likely to be considered slowly and torturous today. The tempo of life itself has changed considerably Films, therefore, should be tune with life.

The filmmaker has the incredible task of catering to millions of individuals, each with his own preferences and prejudices. It is almost impossible to gauze in advance what a majority of them would like. Even precedents are of no help, because novelty is the very essence of showmanship. That is why many of the so-called formula films have often fared disastrously at the box-office. Success in films, unlike history, does not repeat itself. The present craze is to accumulate as many marquee names on the credits roster of a film. That helps to circumvent the risk to a certain extent. But it is not infallible.

In fact, there is no fool-proof method of ensuring success at the box-office. Each new project is a big gamble. One in a fifty maybe a big success-yet there is much a mad scramble for production. The pot of gold, though exclusive, is so alluring.

Yet, how is it that some veterans have survived the changing moods of the audience and held their own against the onslaught of new competitors? It is simple. We of the old guard owe our strength to extensive training we had in every department before we became full-fledged directors. Almost all of the veterans who are still in business are conversant with every department of motion picture making - from screenplay writing to editing. A few of them had even acting experience. Because of that, they are able to get the best of every member of the unit. The director is not just a figure-head but a creative artiste who blends the contributions of the various artists and artisans. He is like a composer who will not allow a discordant note to spoil a beautiful symphony. Because it is the director who alone is the sole arbiter on the sets and who decides the final shape of a film takes. A director has to co-ordinate the work of the different departments and see to it that they contribute to the success of the film.

I personally feel that though there is no insurance against failure at the box-office, one can, if one is alert, minimise the risk at the box-office. The first principle to follow is like all other businesses, not to offend the feelings of the patron. That is why cheap ludicrous films and those that offered the moral and religious sentiments of the people fail miserably. He who thinks that by catering to the baser instincts of spectators is going to succeed is living in a veritable fool's paradise. By and large, our cine-goers are conservatives and they will not accept any flouting of accepted principles or traditions.

A film to be highly successful has to appeal to the entire family. That is perhaps the reason why so many religious films and domestic dramas have proved so successful. Almost all the mythological pictures produced by Prakash were great box office hits. So were the family dramas we presented. But then it is not only mythological films and domestic dramas that draw family audiences. Even romantic subjects, if treated judiciously will be appreciated by the entire family. What parents object to is the vulgarisation of romantic themes even as they object to cheap, bawdy comedies and films with excessive violence.

We attribute a good bit of the success of a film to the popularity of songs-and, there are some misguided people who aver that it is only cheap, jazzy songs which prove popular. Nothing can be farther from truth. In all my films, I have depended on classical or light classical music or folk airs and the success of films like Ram Rajya (1967), Baiju Bawra (1952), and Goonj Uthi Shehnai (1959) bear testimony to the fact that Indian audiences are not so westernised, after all.


This popular song from Vijay Bhatt's Hariyali Aur Rasta was sung by Lata Mangeshkar and the music was composed by Shankar Jaikishan.

In my latest film, Hariyali Aur Rasta (1962), in which Shankar-Jaikishan, provide the music score, we have not deviated from our principles and I am sure that the audiences will have to cause to grumble.
Whatever the cast, however good music, the decisive factor in a film is the story. I have always attached paramount importance to this factor, be the film a historical or a social. That is why I make so few pictures. Stories are ten to a penny but a good story is hard to find.

Above all, the cine-goers for novelty in a film and if you are not to be caught napping it is god to remember that he has plenty of films to choose from. The novelty the audiences seek is not confined to themes only. They expect it in every aspect of a film. That explains why a talented new artiste becomes popular overnight. It is this insatiable desire of the cine-goer for novelty that goaded us to go for locations in picturesque Darjeeling.

In conclusion, I must state that though there is no way of predetermining the success of a film there is certainly a way of averting a catastrophe at the box office. It is by treating the cine-goer with the respect he deserves and by not underestimating his intelligence. The cine goer is not to be trifled with a gullible customer but a patron of the arts.

This article was originally published in Film Industry of India, compiled by B K Adarsh in 1963. The images used here were not part of the original article and are taken from Cinemaazi archive.
358 views 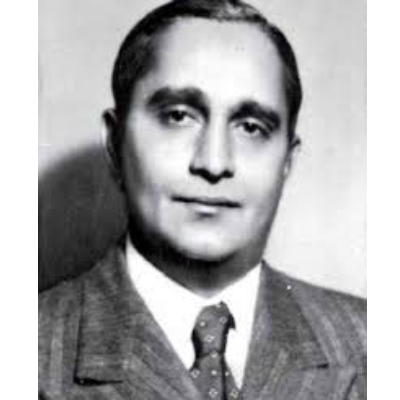