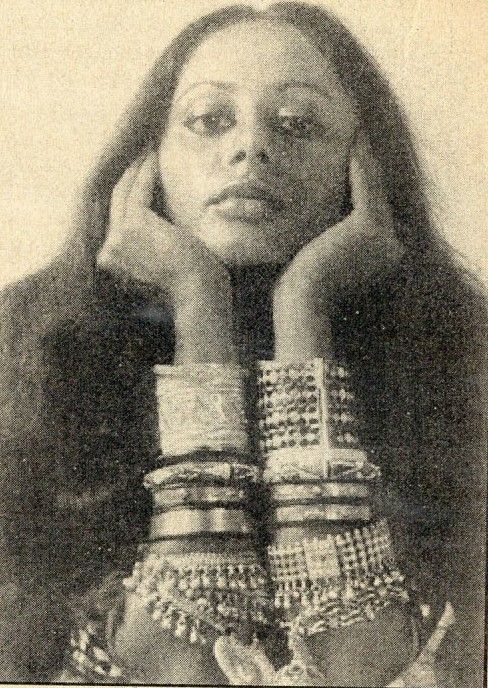 During our school days, I was a regular visitor at the Rashtra Seva Dal's cultural wing, Kala Pathak. I knew Smita's sister Anita well because she too attended the Seva Dal camps. Smita began attending the camps much later. Now, in the camps the custom is to introduce ourselves. So, Smi said, "I'm Smita Patil." And I said, "Oh, you are Anita's sister!" and we became friends almost immediately. Since I was based in Bombay and she was in Pune, we met mainly at the camps and toured India together. What strengthened the bond was that even our parents knew each other.

As friends, we were poles apart. While I was very practical, she was very emotional. The slightest thing made her emotional. She had peculiar habits. She'd stand and gaze at the moon, especially when something bothered her. Initially, we felt that it was because she wanted to skip her duty of making the beds. Later we just accepted her the way she was.

We seldom fought. But we did once, when we were in the ninth standard. It was over something that happened on stage during a dance performance and we were prepared to scratch out each other's eyes. But it was instantly forgotten. There was no jealousy between us. Many felt our friendship would soon fizzle out, but it never did. We hardly discussed things in great detail and yet, there was telepathy working between us all the time.

Mine was a world different from hers. Hers was a world of glamour. Still, money never came in between us. She was a strange person. On one hand was her plain upbringing, simple living and the Rashtra Seva Dal background, on the other hand, was her fondness for the good things in life. Smita liked living in style but this aroused great conflict in her. I would often see her liking something in a shop, then holding herself back. Once she showed me a sari that she had purchased, with great relish, but didn't tell me the price. Knowing her, I understood it must have cost a bomb, and she was now feeling guilty for spending too much.

One of Smita's favourite films was Julia. She often wished that a film like that could be made here and she could do one of the roles in it. We were sitting together and watching Julia on the video for the nth time, when suddenly she hugged me and said, "Their (Shirley Maclaine and Vanessa Redgrave in the film) situations may be different, but the friendship is the story of you and me. Julia is about us."

She looked upon me and my parents for moral support. Whenever she felt low, she'd come to me or my mother. She was very close to my mother. Smita was very possessive about those she loved. And this was precisely why she could never be completely happy with Raj Babbar. She needed to have her man completely, always, not for a few hours or days.

In logic, she agreed to everything I said, but she could not contain her emotions. She tried very hard to adjust, but could not. Often, she'd ask me, "am I doing something terribly wrong?" And even though I didn't want to I said, "No". Perhaps I felt like that only because she was Smita, my friend. Maybe, if it was someone else, I might have felt differently. I might have been more judgemental, more moralistic.

She often said, I was lucky to have a husband like like Avinash. Once, she had come home on my birthday. This was during her last month in pregnancy. After a while, she started feeling uneasy and had to go home. I insisted on taking her back and staying overnight since she was alone. "You cannot," she pleaded, "it is your birthday." "So what?" I said, "If it was fine by me, it's fine by Avinash too." It was an incident she kept referring to again and again.

She went through some of the happiest moments of her life during pregnancy. But they were interspersed with sad ones too. She was enjoying her motherhood, getting excited about every new feeling, about each little movement of the child growing within her. She rang me up every day to talk about this. To be fair, Raj also paid her a lot more attention now. Once, she was vomiting and I was holding the tub for her, and he was stroking her head. Suddenly, he took the tub away from me and said, "You cannot do this all the time, I will also share in the washing." These were the happier moments. One often wondered why he turned into an altogether different person at other times? Still, Smita clung to these few moments and derived happiness. Once, during the pregnancy, I saw her preparing a salad for Raj. She looked very happy. Yet, Smita wasn't exactly the gharelu type that Raj assumed her to be. Initially, Smita did try to become that for him, but with time, she reverted to being her normal self and that's when the problems began...

This article written by her friend Jhelum Paranjpe was originally published in December 1991's supplementary issue of Junior G magazine titled Smita Patil's Memoir. The images used are taken from the original article.