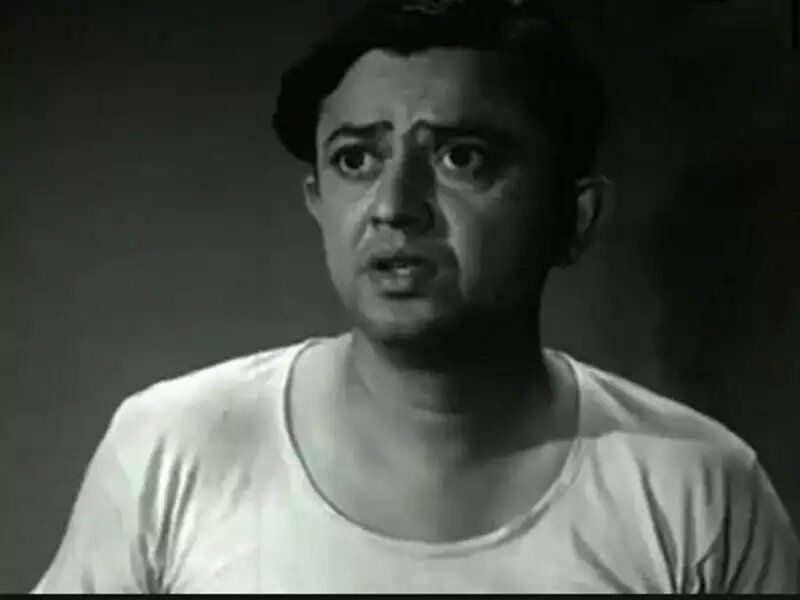 The comedy of Bhanu Bandopadhyay went beyond the quaint accent and the definitive Bangal character that he patented. Cinemaazi editor Shantanu Ray Chaudhuri looks at what made Bhanu a legendary star in an era when Uttam Kumar and Suchitra Sen defined sophistication…

In an oeuvre literally overflowing with uproarious moments – from ‘Masima malpo khamu’ (Sare Chuattar, 1953) to ‘Sebai toh amader dhormo … tar opor ami manush’ (Miss Priyamvada, 1967) or the unforgettable ‘jora ilish’ squabble with another comic legend Tulsi Chakraborty in Ora Thakey Odhare (1954) – this little nugget of a sequence hasn’t received the attention it deserves, probably because in its almost off-hand, understated delivery it goes against the grain of the kind of comedy that Bhanu Bandopadhyay was known for. In Chowringhee (1968), Bhanu, playing a hotel butler with some swadeshi leanings, has the film’s funniest line on the Bengali’s addiction for the paash/kol baalish as he plans on getting the hotel’s foreign guests addicted to the comfort of one before they leave so that they have a hard time making do without one for ever after – his way of avenging native humiliation at the hands of the foreigner. The sequence provides an inkling into the kind of subtexts that led to Bhanu’s brand of humour being labelled the ‘common man’s comedy’.

​ ​
His oeuvre was often political without being overtly so, and through it he was able to set himself up as the common man par excellence.
Starting out in neighbourhood plays (as early as a student of Class VI in Amod Dasgupta’s Bonobir), Samyamay Banerjee or Bhanu became a name to reckon with in amateur theatre with the historical play Chandragupta, where his performance was applauded by none other than scientist Satyen Bose, who happened to be his teacher-mentor at Dhaka University. Siraj-ud-Daulah, directed by Girish Ghosh, further cemented his reputation. Another heart-rending performance came in IPTA’s well-known play Natun Ihudi (The New Jew) where he essayed a character uprooted by the partition. Forced to leave Dhaka after he was externed (he never spoke of the reasons why the government took this measure against him), he arrived in Kolkata in 1941. As his son remembers, Bhanu looked upon revolutionary Ananta Lal Singh, who participated in the Chittagong Armoury Raid of 1930, as an idol. While he was a favourite of Satyen Bose and poet Jasimuddin, he was also an ardent swadeshi, actively involved in transporting banned literature and even firearms among the underground rebels fighting for independence. He had to escape to the other side hiding in the rear seat of a friend’s car when the heat got too much. Interestingly enough, Ananta Singh went on to produce three feature films starring Bhanu. Two of these – Shesh Parichay and Natun Prabhat – flopped but the third, Jamalaye Jibanta Manush (1958), is considered a landmark in Bhanu’s career. Before debuting with a small role in Bibhuti Chakraborty’s Jagaran (1946) – in which he played a rare serious character as someone who sells his daughter to feed himself and his family – he made a name for himself as a radio and gramophone artist in what are referred to as kautuk nakshas (comic sketches), the first of which, Dhakar Gadoan (The Driver from Dhaka), released in 1943 to massive success.

Entirely devoid of glamour, having nothing to do with any makeup whatsoever, Bhanu, with his Bangal dialect, his sartorial do comprising a dhuti and a shirt, and his well-oiled and well-combed hair, was the very antithesis of the suave and debonair Uttam Kumar.
This identification also came with the ‘mess badi’, another trope that Bhanu popularized in a number of Bengali films of the era. In films like Joy Maa Kali Boarding (1955), Personal Assistant (1959) and Miss Priyambada (the mother of all the Mrs Doubtfires and Chachi 420s), the ‘mess badi’, that abode of the lower middle class man who cannot afford a house in the city, becomes a conduit for intrigue, politics, fun and comic engagements, offering a shared refuge from the world outside.

Entirely devoid of glamour, having nothing to do with any makeup whatsoever, Bhanu, with his Bangal dialect, his sartorial do comprising a dhuti and a shirt, and his well-oiled and well-combed hair, was the very antithesis of the suave and debonair Uttam Kumar, with whom he starred in a number of films. Yet, that he became as big a draw, proved as influential an icon, even rebuking the gods and getting his way with them, is a tribute as much to the actor as it is to the fact that he articulated the emerging political and social voice of the era.