Bhola had been very aptly named by his parents. He was a very straight-forward, unlettered, village bumpkin ; a young man though presentable in looks and simple at heart, yet lacking in all matters mental and artistic.

Bindu was a modern, educated, rich young miss, independent of spirit and highly accomplished in all the arts, and this is the story of how Destiny brought these two opposites together.

Bhola had been orphaned at a very young age, and had been lovingly brought up by his Mama and Mami, who had no offspring of their own. Unfortunately, though both loved Bhola in their own way, Mama and Mami had never got on well with each other, for the simple reason that Mama was old in age yet young at heart. Mami had borne with Mama's eccentricities for as long as she could, and then had separated from him, taking up a house in a different part of the city, supported by her father.

Bhola often pined for the Mami who had brought him up as her own son, and finally, when Mama again considers proposals from a match-maker for a second marriage, Bhola too leaves his Mama to go and live with his Mami.

And this is where Fate took a hand, for right opposite Mami's house lived Bindu, and it was love at first sight for Bhola, who tumbled headlong into romance at the first strains of Bindu's song, and at the first sight of her pretty face. But it was just the opposite with Bindu, who ridiculed, and felt contemptuous of the fool next door who dared to tangle with her.

Bindu was all respect and admiration for her Dance and Music Teacher, her Masterji, an accomplished Tamilian, who was quite an opportunist, by the way, and wanted to further his own romantic interests under cover of his Music lessons.

Here is where Guru and his Panch Ratan Mandal stepped in. They were a group of amateur dramatic artistes, headed by the dynamic Guru, who were Bhola's best friends, and the ardent supporters of his romance.

In spite of being absolutely the opposite, the manoevurings of Guru and his friends from next door, slowly but gradually led Bindu to believe that Bhola was a very gifted singer, more talented in fact, than her own Masterji, who fell from her grace when his cowardly and selfish nature came to light at the moment of his defeat. And thus Bhola and Bindu came slowly but surely together.

Yet the basis of Bhola's achievement was deceit, and Bindu's was a forceful and independent nature. The fraud had to come out sooner or later. And come out, it did. More  sooner, than later.

Bindu decided, out of spite, to marry just anyone in the world who cared to propose to her. Anyone, that is, except Bhola.

And the proposals that came were Mama's, and her Masterji's.

And now there was no way out for Bhola but to die a glorious death, a martyr in the cause of love.

And so, Bhola died ! And Bindu repented !!

And they all lived happily ever after. 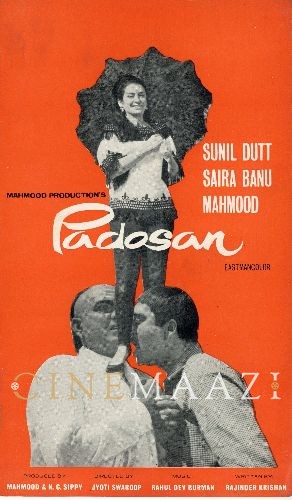 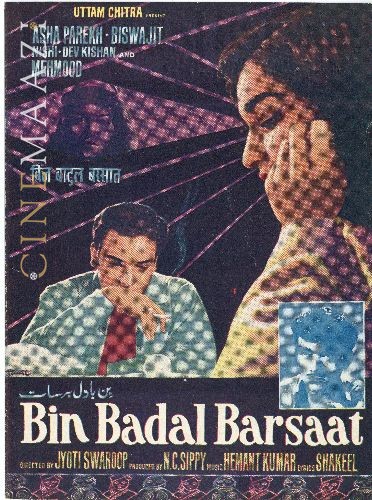 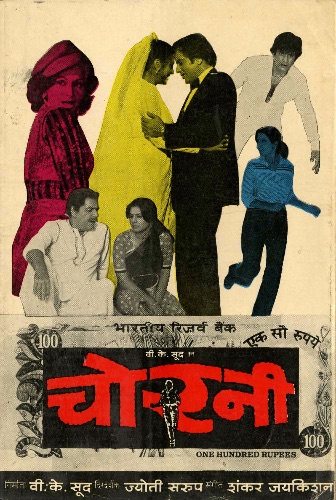 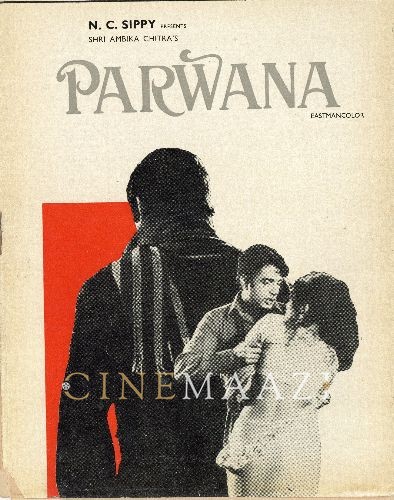