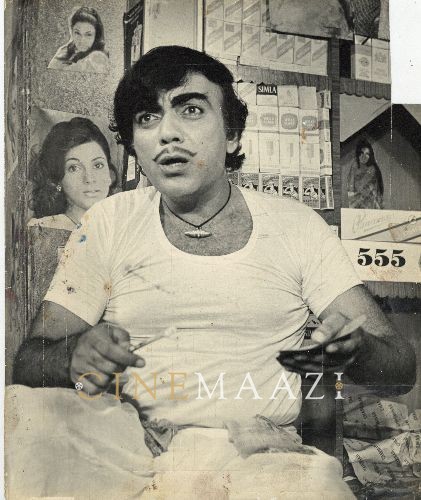 Widely considered to be one of the greatest comedians of Hindi cinema, Mehmood is known for his inimitable style of comedy, and equally for being paid more than the film’s hero at the peak of his career. Actor, singer, director and producer, he worked in more than 300 Hindi films in the course of his career of more than four decades. A multi-faceted talent, a Mehmood film came with the assurance of fun, dance, drama, and great music. While dancing came naturally to him, so did acting and performance. His forte lay in his flawless acting style that blended humour with human sensitivity. Mehmood also dabbled in filmmaking, staying away from comedies and focussing instead on serious films with social messages as a director. Playing supporting roles in Guru Dutt’s CID (1956) and Pyaasa (1957), he garnered his first big break with Parvarish (1958) in which he played Raj Kapoor’s brother. The genre for which he was most admired was comedy, and over the 60s, 70s and 80s, he was acknowledged as the ‘King of Comedy’. Among his prominent films are Bhoot Bungla (1965), Pyar Kiye Jaa (1966), Love in Tokyo (1966), Padosan (1968), and Bombay to Goa (1972). His comic style influenced that of several latter-day filmmakers and actors including David Dhawan, Govinda, Sajid Khan, Johnny Lever, and Ritesh Deshmukh. Known for his king-size scale of living, and his large-heartedness, he is also credited with spotting potential in—and giving a break to—Amitabh Bachchan, R D Burman, and Rajesh Roshan. He bagged four Filmfare awards, three of which were for ‘Best Comedian’ — Pyar Kiye Jaa (1966), Waris (1969) and Vardaan (1974).

He was born Mehmood Ali on 29 September, 1932, one of 8 children born to Latifunnisa and Mumtaz Ali, a film and stage actor and dancer, who was highly successful in films of the 1940s and 1950s. He entered films as a child, first cast in Gyan Mukherjee’s film Kismet produced by Bombay Talkies. Released in 1943, it starred famed actor Ashok Kumar. However, Mehmood’s journey was disrupted by financial hardships in his family, which saw him having to take up menial jobs such as selling poultry products, and also working as a chauffeur—he served as director P L Santoshi’s driver. He is also said to have given Meena Kumari table tennis lessons—he went on to marry her sister, Madhu in the 50s.
Keen to earn a better living through films, he secured small roles such as the peanut-seller in Do Bigha Zameen (1953), and a killer in CID. He got his first big break in the 1958 movie Parvarish in which he played Raj Kapoor’s brother. His first breakthrough film as a comedian was Sasural (1961), a melodramatic mega-success. The film also saw the birth of one of the most successful comedy pairings of the 60s – Mehmood and Shubha Khote. The genial Khote partnered Mehmood in several comic capers till the mid-60s. Later, lead roles followed; however, it was his flair for comedy that won the most appreciation. Often employing the Hyderabad-accented Urdu intonation, he instinctively knew just how to tickle the audience’s funny bone. He often essayed the sharp friend of the film’s hero, who helped to get the hero out of tight spots thanks to his shrewd thinking.

At the height of his fame, Mehmood was paid more than the lead actors of the films. He is said to have commanded a price of Rs.7.5 lakh for just 14 days of shooting; a hefty sum in those days. What’s more, roles would be written in for him, as his name on the credits ensured attendance in cinema halls. The 1962 film Aarti, for instance, saw a character specifically created for Mehmood to raise the interest value in this Pradeep Kumar-Meena Kumari starrer. One of the few comedians who could also deliver box-office hits with some films riding solely on his shoulders, one example of his star power is seen in Do Phool(1973) where he played the double role of Chuttan and Phuttan with flair. Such was his draw that some male stars of his time shied away from sharing screen space with him, for fear of being overshadowed. (They were completely justified!)

Some of Mehboob’s memorable films include the comedy Pyar Kiye Jaa (1966) in which Mehmood creates weird sounds while narrating his story to Om Prakash. Love in Tokyo (1966) featured him playing a man hailing from Saudi Arabia speaking Hindi with an Arabic accent, while the horror-comedy Bhoot Bungla (1965) presented him in another hilarious performance. His comic sequences in Padosan (1968) in which he featured alongside Sunil Dutt, Saira Banu, and Kishore Kumar, became a rage. The song Ek chatur naar saw Mehmood and Kishore Kumar deliver hilarious performances, entertaining successive generations of audiences. Bombay to Goa (1972) saw Mehmood playing the bus conductor, and included many comic sequences as he dealt with a range of funny characters on board. On screen, Mehmood often teamed up with Shubha Khote,I S Johar and Aruna Irani.

Towards the end of the 70s, his popularity began to wane as a new crop of comic actors such as Jagdeep, Asrani, Paintal, Deven Verma and Kader Khan grew in popularity. Featuring in just a handful of films in the decade from 1989 to 1999, his last known film as an actor was his outing as Johnny in Rajkumar Santoshi's Andaz Apna Apna (1994).

He ventured into direction, helming films such as Kunwara Baap (1974), Ginny Aur Johnny (1976), Do Dilwale (1977), Ek Baap Chhe Bete (1978), Janta Hawaldar(1979), and Dushman Duniya Ka(1996). Interestingly, despite his comic actor image, as a director he veered toward heavy emotion. His Kunwara Baap told the story of a poor rickshaw-puller who adopts an abandoned child and brings him up as his son but tragedy strikes when the boy becomes crippled as a result of polio infection. Ginny Aur Johnny explored the bond that is struck between a conman and a 9-year-old girl whose mother dies in an accident, as they travel to Ooty, where the child is to be placed in an orphanage. Ek Baap Chhe Bete featured Mehmood and all his six sons acting together along with his American wife Tracy Ali. His Janta Hawaldar starred Rajesh Khanna and Yogita Bali, with Ashok Kumar and Hema Malinimaking extended guest appearances. His last directorial, Dushman Duniya Ka was a social drama about drug addiction among the youth and its adverse effects on their lives. It also had special appearances by Shah Rukh Khan and Salman Khan.

Having started life under difficult circumstances, success later saw Mehmood live life king-size. Generous to a fault, he has also been credited by Amitabh Bachchan as being one of the few who had faith in him and nurtured him as an actor, when there was no lack of naysayers in the film industry. Enduring a tough life, starting from his father’s alcoholism to his son’s disability, combined with the financial responsibility of tending to his large family, Mehmood apparently mused aloud on the irony of his life—making people laugh for a living but wondering why his own life was sad and tragic.
On the personal front, Mehmood’s sister, Minoo Mumtaz, was also a successful dancer and character actress in Hindi films, while his youngest brother, Anwar Ali, was an actor and producer. Married to actress Meena Kumari’s sister Madhu with whom he had four sons, Mehmood went on to later marry an American named Tracy, with whom he also had three children. The couple adopted one more child whom they had found lying abandoned. Mehmood’s son Lucky Ali(Maqsood Ali) carved a successful career for himself in music as a singer and composer, besides appearing in films.

Mehmood passed away in his sleep on 23 July, 2004. He was in the American state of Pennsylvania, for treatment for cardiovascular heart disease. Fans were later able to pay their respects to this much-loved actor at Mehboob Studio, Bandra. 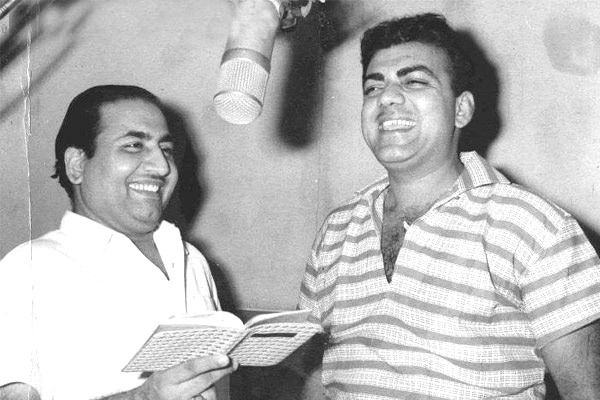