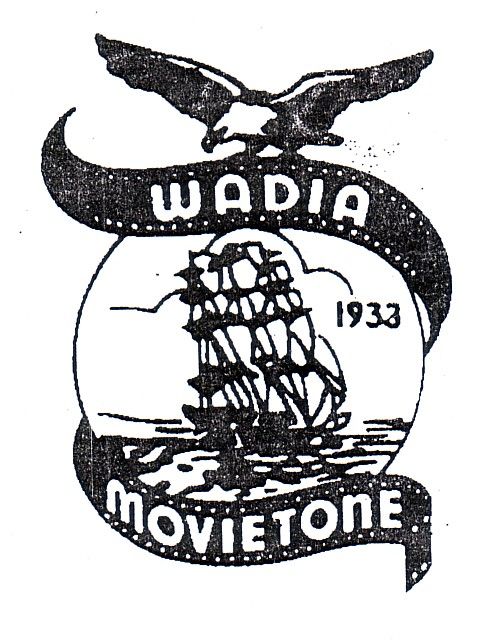 Wadia Movietone. Image Courtesy: Beete Hue Din
English  |   हिंदी
The year 1931 of Indian cinema brought in a revolution when the audience heard talking and singing moving images for the first time in Ardeshir Irani's Company Imperial Movietone's film Alamara. With the advent of the talkie era with Alamara (1931), many new companies came into existence and very soon, other than Mumbai, places like Pune, Kolhapur, Kolkata, and Lahore became the centers of film making. And soon enough companies like Pune's Prabhat Pictures, Kolhapur's Jayaprabha and Prafull Pictures, Kolkata's New Theatres and Madan Theatres, Lahore's Pancholi Arts and Mumbai's Ranjit Movietone and Bombay Talkies set a high standard of film making thus marking themselves apart from the other film companies of that era. But other than these companies who were mainly concentrated on storylines based on literature and social truths of that era, there was one company viz. Wadia Movietone was rapidly climbing the ladder of success by creating its own audience base through fantasy and stunt films.

The foundation of Wadia Movietone was laid down by Jamshedji Bomanji Hormasji (J.B.H.) Wadia. Hailing from a Parsi family, J.B.H.Wadia belonged to the one master builder Luvji Wadia's bloodline who in the 17th century had come to Mumbai from Surat (Gujarat) to make the first Indian ship for the East India Company. In a rendezvous with J.B.H.Wadia's son Vinci Wadia, a few years back, he had said that after his father completed his M.A. in English Literature and ancient Avesta and Pahelvi languages, he worked in the Central Bank Of India for some time and thereafter he collaborated with the Deware Brothers and jumped into the field of film making.

In the year 1933 itself, J.B.H.Wadia and Homi Wadia laid the foundations of Wadia Movietone and started making talkie films henceforth.  As a homage to their ancestor Luvji Wadia, they chose to depict a picture of a ship as the logo for Wadia Movietone. This banner's first film Laal-e-Yaman (1933) was a fantasy film, and after its success, they made many films like  Baag-e-Misar (1934), Waman Avtar (1934), Veer Bharata (1934), Black Rose (1934), Desh Deepak (1935) and Noor-e-Yaman (1935). And then their film Hunterwali, made in the year 1935, broke all box office records and catapulted Wadia Movietone to immense heights of success.

For the very first time Nadia, who had been working at Wadia Movietone as an extra, was presented as the heroine of the stunt film Hunterwali (1935) which was directed by Homi Wadia. The impact of the imagery of the dangerous stunts done by Nadia was such that very soon an entirely new audience base for the enacted stunts or as such action films had been created. Seeing Nadia's astounding exploits onscreen, her fans baptized her as Fearless Nadia, a name that stayed with her throughout her life as she alters identity.

Born on 8 January 1910 in Western Australia in the city of Perth, daughter of an English father Herbert Evans and Greek mother Margret Evans, Nadia's real name was Mary. She was just a year old when her father who was serving the army moved the whole family to Elephanta Islands army cantonment near Mumbai on a transfer. But Herbert and his two brothers, who were in the army as well, were killed during the First World War which was fought between 1914 to 1918. After her husband's death, Margret decided to stay in India and enrolled Mary into a convent school on Clare Road, Mumbai. But in the year 1920, Margret left Mumbai and took Mary with her to live with their relatives in the Quetta cantonment of north-western India.

In 1928, Margret and Mary came back to Mumbai. Mary, who was now 18 years old, on her return to Mumbai, started working as a salesgirl in the army canteen.  Also, she started learning Ballet from Russian Ballet dancer Madam Astrova, the real reason behind learning ballet was her desire to shed some extra weight. But very soon Madam Astrova included Mary in her dance group and gave her a new name Nada. Mary wasn't particularly fond of her new name and hence changed it to Nadia. For almost two years she traveled around the country participating in ballet dance programs with Madam Astrovas dance group and then in the year 1930, in Delhi, she left the dance group to join the then famous Zarco Circus. But she didn't like the circus lifestyle and thus returned into the world of stage shows.

During one of her stage shows in Lahore in 1934, Nadia met Regal Theatre Group's manager Mr.Kanga. Impressed by Nadia's dance and Hindi vocals, Kanga advised her to work in films. On coming to Mumbai, Nadia met the Wadia brothers who on the recommendation of their friend Kanga gave Nadia some small parts to play in the films Desh Deepak (1935) and Noor-e-Yaman (1935). In her third film, Hunterwali (1935), Nadia became a heroine, whose enormous success not only made her a big star but also placed Wadia Movietone in the frontline of that era's film companies.

According to Vinci, at the beginning of the 1940s decade, J.B.H.Wadia had started preferring films with a social storyline. But Homi Wadia wanted to maintain Wadia Movietone's image of making stunt and fantasy films. This ideological difference escalated to such a huge level that eventually Homi left Wadia Movietone and laid the foundations of his own banner Basant Pictures. But despite the differences, Basant Pictures' first film Mauj (1943) was a social film and Wadia Movietone's first film made under the banner after Homi Wadia's departure was Muqabla (1942), which keeping with the banners image was more or less a stunt film.