The invention of "Aina" (mirror) was invented by Sikander Zulqernain, so that we can see our ugliness or beauty, as others would find in us, but to-day we present to you a novel type of "Aina" in which you will see the reflections of joy and sorrows, virtues and vices that occur in your daily life. You will find innumerable Indian homes unhappy and shattered, only because of petty grievances and jealousy of one member of the family to the other.

Krishna was typical woman of that type, who inspite of being a happy mother, commanding wealth and respect, was on the verdge of running her home, just because she was short tempered end of quarrelsome nature.

Not one member of the family was pleased with her treatment. The eldest daughter-in-law Jea, was a widow and thus unhappy, but Krishna instead of consoling and helping her to forget her sorrow, blamed her saying that she was the cause ofher son's death. Shanti, the second daughter-in-law's fate was in no way better than Jea's. She was an ideal emblem of an Indian wife who performed her duties towards her husband Vinod and other members of the family inspite of an ill-treatment she received from Krishna and her-sister-in-law Anjali. The only one, who appreciated and respected Shanti was Vilas, her younger brother-in-law, who loved her with a true heart of a brother. But his love and respect was misjudged by her younger sister Anjali, who was spoilt and pampered by Krishna. She was not only satisfied by misjudging for herself but foolishly told others and brought a blot on her brother's and sister's character.

The father Kundallal played a very passive role of life inspite of knowing the state of affairs at home. Whenever his sons and daughters complained, he replied; "jai se BhagwankiMarzi" (Thy wilt be done).
On account of such atmosphere and unrest in the house Vinod, the husband of Shanti always remained absent from home by going on his business tours. However he returned after a very long time, hoping the condition of the house must have improved. But hardly he stepped into his room he heard the same sounds of quarrel and fights. He tolerated for some time, but the climax of his patience reached, when hesaw that there is no peace even whilst taking his food. Through shear disgust, he left his food untouched and went to his room to dress up and leave. Shanti his wife tried her level best to induce him to take his food but he paid no heed to her. In the meantime, Vila entered the room and told him that he should not leave the house and go away but on the contrary some means must be found out to bring peace and harmony. At this moment Vila's eyes fell at the door and saw Anjali inquisitively peeping through the door. Vilas in anger pulled her inside the room telling her to come in and listen, Anjali's shout for mother, also brought Krishna in the room.

Vilas told Vinod that Anjali should be sent to her "sasural's" place at once for she is the main cause of the trouble at home. Anjali burning with shame and anger, spitefully accused Vilas of his misconduct with Shanti "bhabhi." She told Vinod and Krishna that to-day morning, only, he was kissing Shanti "bhabbi's" hand. The shameful accusation enraged Vilas to such an extent that he slapped Anjali. Krishna in return slapped Vilas, who was greatly insulted and promised to leave the hose at once. Shanti seeing Vilas leaving, due to misunderstanding caused on account of her, begged and swore by her "Sohag" for Vilas to come back. Vilas hesitated at these words and finally returned to please Shanti. But the fate was against her, for Vila's return caused Vinod to be more suspicious and left the house heartlessly leaving Shanti in tears calling for her "Nath".

Vinod worried and disgusted, with sounds of quarrels still lingering in his ears, drove at an uncontrollable speed and had a hair breadth escape from dashing against another car.  Luckily in the other car was Sumetra, whom he had met her in the train whilst returning to Bombay and had become good friends in no time. Sumetra had a gift of the gap and came to Bombay as she was invited by women's Club for a debate on the subject "An Indian Woman". During the journey she had gathered a little about Vinod's home troubles and seeing his face disturbed and haggered, smelt some trouble and postponed her plan of going to the hall and took him to her house. Sumetra played very efficient hostes and entertained Vinod so well that he forgot all his worries and cares. Gradually, day by day, Vinodfell head over ears for Sumetra.

In the meantime, Krishna forced Vilas to marry with Urmi, the daughter of Manoharlal. Urmi knew the condition of Kundanlal's house and Vilas' happy-go-lucky nature but agreed to marry him to please her father and do away with her step-mother who was ill-treating her. On the other hand, Vilas refused his mother Krishna to marry Urmi, but when Shanti "bhabbi" requested him and told him that by refusing he will cause others to look upon them more suspiciously. Vilas realised his mistake and agreed to marry for his "bhabbi's" sake.

No sooner Urmi came to Kundanlal's house, Krishna started ill-treating Urmi. In the beginning, Urmi took all insults and scolding very patiently, but when she could bear no longer; quite confused and not knowing what to do, whent near the photo of her late mother engraved in an "Aina" and began to cry for her help. The "Aina" accidently slipped from her hands and crashed to pieces. To her disappointment and surprise she saw into four broken pieces of the "Aina", the reflections of the photos hung on the wall (a) Chand Bibi (2) Sati Sawitri (3) Jai Ambe (4) Bharat Mata; and her late mother's teachings came to her memory. Urmi quite changed resolved to improve the condition of her "susral".

On the other hand, Vinod disappointed of his home, neglected his wife Shanti and his business, and madly fell in love with Sumetra. One evening the Secretary came and told them that Vinod is going to marry Sumetra and has more over issued a cheque of two lakhs tomorrow, and even perhaps this very bungalow will have to be vacated. Kundanlal now realised that it was his folly to rely at God's will and neglect his duties towards his home and business.

He promised to set things right and at once started for his office. On the other hand, Urmi and Vilas resolved to induce Vinod not to be rash and marry Sumetra. But, alas! Vinod was to disgusted of his home and openly accused his brother of his misconduct with his wife Shanti. Vilas humiliated before his wife Urmi, stunted with anger, resolved to kill or to be killed by his brother, went with a revolver after him. Urmi saw the desperate attitude of both the brothers and knew the tragedy inevitable, thought the only way to solve the situation was to convince Sumetra how wrong she was in playing the part of destroying the happiness of another woman and her family. But Urmi was to too late, for Shanti broken hearted had left the house leaving a letter, for she truly believed that the best thing for Indian woman is to die with honour than to live without it.

(See the rest on the screen). 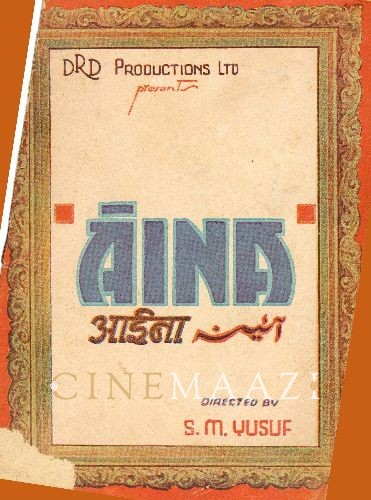 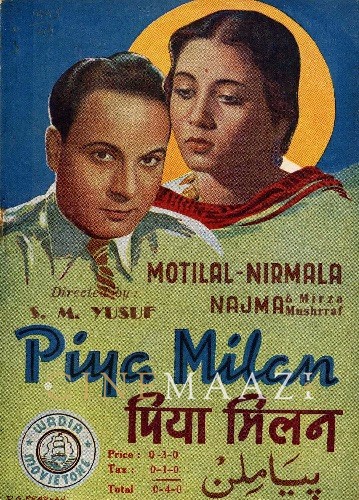