Two happy young soul brought up in luxury, imbibing the culture and manners of rich aristocrats. Their parents had died, leaving them in change of their solicitor Ambikaprasad, who incidentally, was a friend and legal advisor of the parents of both these children. Ambikaprasad, a practical man of such experience, was always a real guide and true friend to Nikhilesh and Indira.

Nikhilesh and Indira grow up together, fondness develops to affection, and affection matures into love! They are to marry soon... the date is fixed-six months hence.

Far removed from luxury and magnificence-in a remote corner of the city, are a number of dilapidated little huts-hovels-the house of the poor. Here in filth and dirt, they are left to live and struggle from day to day, week after week, month after month, year in, year out. Poor wretches. No hope... No future... Nothing to cheer them. Nobody to help them. Left to sink into oblivion.

Radha-an orphan-feels the pang; she hears the call of the world of luxury and pleasure! She wants to live, not to exist! She has courage - she has ambition.!

Ratan... the confidential clerk of Ambikaprasad is a neighbour of Radha. He loves her, secretly and silently. He consoles and cheers Radha-and Behari, a radio artiste-their friend, and companion, sings to them messages of life and love. But Radha still grumbles at her lot... She cries bitterly!

Indira gets a letter. Radha writes:- She is Indira's sister... yes... her father's child-though not born of wed-lock! And she has as much right to her father's name and positions as Indira. She asks Indira to come to her hut and see her pitiable condition.

Nikhilesh warns her- "No, you must not go there!"

Ambikaprasad protests. He knows the awful truth and has kept it a secret.

Radha is wild. She asserts her claim to everything! She accuses the father... curses culture and aristocracy. Given chances, she says, she could prove equal to Indira in every way.

Indira smiles... It is absurd... her father could never be a seducer...

But she accepts the challenge. She takes Radha to her house and gives her everything.

Nikhilesh warns Indira again. He gives her hints about the risk she is taking and the troubles that may come up in the future. But Indira is adamant.

Ambikaprasad is nervous; he is afraid of the exposure of Indira's father and his sin, Indira would have to face the world in shame. He racks his brain for a solution. He impressRatan to marry Radha.

Ratan is heartbroken. But he is confident that Radha will come back to him again after her fascination for wealth and luxury fades out.

And she follows Nikhilesh like a shadow-offering herself, body and soul.

But Nikhilesh resents Radha's behavior. He asks Indira to get rid of this pest.

Indira smiles... she has full confidence in Nikhilesh.

Radha, to make her position strong-sympathizes with Reva-the invalid sister of Nikhilesh-impulsive and obstinate through a long illness. She manages to get around Reva and makes Reva a slave to her demands.

Nikhilesh has built a "Dram House." Nobody has access to this "dream palace" except his bride-elect Indira.

And one day Radha cajoles Nikhilesh to take her to this forbidden chamber. Nikhilesh protests vehemently but softens at Indira's request.

Here... in this house of dream and romance-he falls almost a prey to Radha's charms.

Radha comes to Indira and speaks of Nikhilesh's fall.

Indira does not believe Radha's story! She is indignant... she will not tolerate such blasphemy and asks Radha to get out of her house.

Radha in asserting her story, asks Indira to question Nikhilesh.

Nikhilesh when asked, says-"It is a life"!

Radha has lost... she is proved a liar! But Radha holds another card up her sleeve. She asks Indira to come with her to Ambikaprasad.

Radha asks Ambikaprasad to speak the truth about her birth... her true identity.

In tense moments, the old and honest solicitor speaks the truth-the facto so long concealed from Indira. Indira comes to know the secret... her father's sin! She is upset!

Radha claims her share-a share to which she has every right as her father's child.

Indira gives her everything.

Then Radha drives her away from the house. 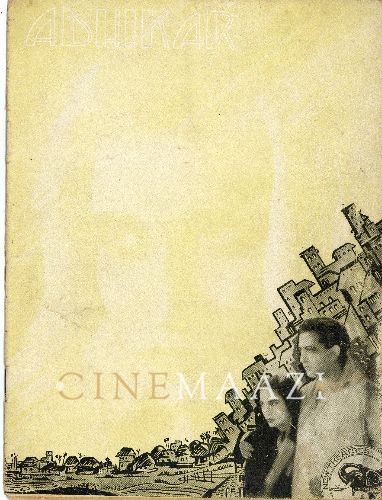 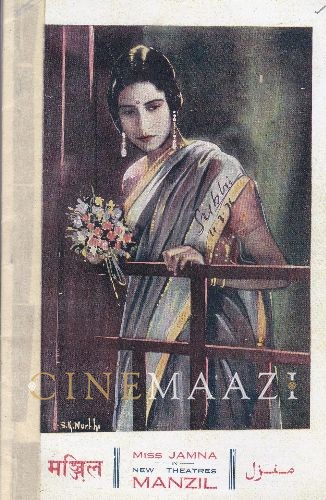