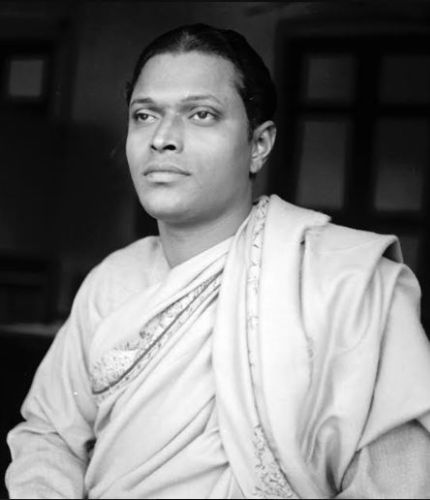 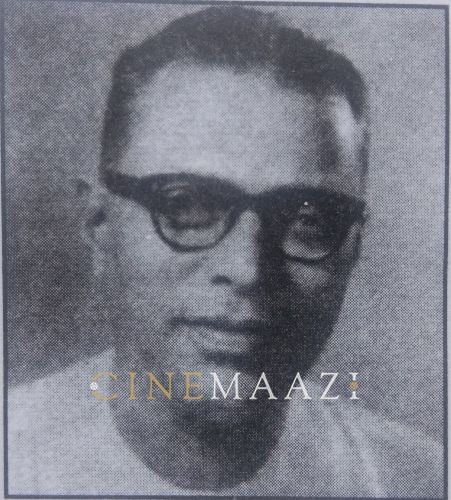 Pankaj Mullick was born on 10 May 1905 in Calcutta into a middle class family. He developed an early interest in music, and used to practice on his neighbour’s harmonium in secret. He was later trained under the tutelage of Durgadas Bandhopadhyay, Laxmibai Mittar and Dinendranath Tagore. Due to his father’s demise and the declining finances of the family, he could not complete his college degree. However, he continued his training in music.

In 1926, PankajMullick made his first commercial recording with the Vielophone Company. With the song Nemechhe aaj prothom badal he met various directors, music composers and singers, including R.C. Boral, who helped him along in his career. When the India Broadcasting Corporation was launched in 1927, Pankaj Mullick and R.C. Boral were enlisted as early employees. Mullick worked there for four years, and during this time, he produced Sangeet Shikshar Ashar, a program aimed at popularizing Rabindra sangeet among the Bengali audience of the show.

Pankaj Mullick and R.C. Boral also arranged music and conducted the orchestra for the silent films Chashar Meye (1931) and Chorkanta (1931) at the Chitra Cinema hall. Mullick also played a walk-on part in the former. Both the films were produced by International Film Craft, a company run by B.N. Sircar. Impressed with Mullick, Sircar asked him to join his new film company, New Theatres. Along with R.C. Boral, Pankaj Mullick composed the music for the first Bengali talkie Dena Paona (1931). He made his debut as an independent composer with the Hindi film Yahudi Ki Ladki (1933), a New Theatres costume drama directed by Premankur Atorthy. Pankaj Mullick was known for innovating with western musical forms and instruments like the piano and accordion when composing music for films. His use of background music to enhance the mood, action and tempo of the scenes onscreen set the template for the form Indian film music was to take in the years to come.

In 1935, Mullick and Boral composed the music for the New Theatres production Bhagyachakra (1935), the Hindi version of which was named Dhoop Chhaon. During the shoot of this film, Nitin Bose along with his sound and music team recorded the song beforehand and asked the performers to lip-synch during the shoot, thus introducing the technique of playback. The song they recorded was Mora pulakjachhi (Main khush hone chahun in Hindi), voiced by Suprabha Sircar, Parul Ghosh and Umasashi. He continued his partnership with R.C. Boral with films like the classic Devdas (1935), Maya (1936), in which his song Sundar nari pritam pyari became a runaway hit, The Millionaire/Karodpati (1936), Grihadah/Manzil (1936) and Didi/President (1937).

Pankaj Mullick made his debut as an independent music-director in Bengali cinema as well as an actor with P.C. Barua’s Mukti (1937). He played an impoverished philosopher-singer. The success of Mukti ensured that he appeared again in the Hindi version of the film, titled Kapal Kundala (1939). Directed by Phani Majumdar, the film also featured the song Piyan Milan kojaana sung and composed by Pankaj Mullick. Soon after, for Debaki Bose’s musical Nartaki (1940), he sang the evergreen hits Ye kaun aaj aaya savere savere, Mad bhari ruth jawaan hai and Prem kanaata chhuta. Pankaj Mullick’s unique composition and orchestration also came in for praise with the songs in the K.L. Saigal-Pahadi Sanyal starrer Zindagi (1940). The film featured the famous Saigal song Sojaa rajkumari, so jaa.

Pankaj Mullick also worked as a music director in some Bombay productions like Zalzala (1952), directed by Paul Zils and starring Geeta Bali, and Kasturi (1954). The last film he composed music for the film Bigalito Karuna Janhabi Jamuna (1972).

Pankaj Mullick won the Bengal Film Journalists Association (BFJA) award for his work as the music director for Dui Purush. His music for Yatrik (1952) and Rai Kamal (1955) were honoured with the National Award for best music. A scholar and an outstanding music theoretician, Pankaj Mullick was honoured with the Padmashri in 1970. For his contribution to Indian film music, he was felicitated with the Dada SahebPhalke Award in 1973. Over his 38-year long career, Pankaj Mullick worked at New Theatres for 25 years, and worked with artists like K.L. Saigal, S.D. Burman, Geeta Dutt and Kanan Devi. He passed away on 19 February 1978 in Calcutta.