The famous bell of Justice rings, and the Emperor Jehangir appears. An old woman tells him that the city “Kotwal” has evil designs on her daughter.

To save the honour of one of the young women of his kingdom, the Emperor Jehangir goes out in disguise. There is a fight, and the “Kotwal” attacks the Emperor.

Hikmat Khan, a loyal soldier of Emperor Jehangir, saves the Emperor’s life, but is himself killed. The Emperor gives shelter to the wife of Hikmat Khan, Salma and his daughter, Zarina.

Zarina and the child prince Khurram are childhood playmates, and almost grow up together. One day, Zarina and her grandmother leave their headquarters to visit her ailing grandfather. One night, while on their way, the caravan is attacked.

Everybody except Zarina is killed. The girl lies unconscious and in desolation all round, a snake approaches to bite her. Just then, however a passer-by save her from the reptile. He is the handsome Shiraz, who, with his father, takes Zarina to their home.

Zarina blossoms into a beautiful young woman, and she fell in love with Shiraz. Their marriage too, is settled. One day, when Shiraz goes to the city to purchase for Zarina, a marriage garment, a local “Sardar” a wicked chieftain abducts Zarina.

While Shiraz is returning, Zarina, bound and gagged and thrust into a “doli” is being carried off in the opposite direction by the Sardar. Shiraz rides abreast of the procession, one of the”doli” carries staggers and falls. So Shiraz gives his shoulder to the “doli” not knowing that his beloved is kidnapped and concealed inside.

While Shiraz returns home, the young Prince Khurram, who had gone out on a State mission, comes across the gang of thieves and rescues Zarina from them. The rescued girl recognizes her savior.

Khurram sends his man Banke Khan to ferch Shiraz to Agra, and himself sets forth with Zarina. While Shiraz is seeking his Beloved, he meets Banke Khan. In the fight that ensures, Khurram’s right-hand man throws Shiraz into the river.

Khurram has now fallen in love with the beautiful Zarina, and he proposes marriage. Banke Khan returns with news that Shiraz has died. Zarina is broken-hearted, and her marriage with Prince Khurram is fixed.

But Shiraz has saved himself. On the very day of the marriage, he comes back, and pulls the Chain of Justice. The wedding ceremony reaches an abrupt halt, and Shiraz dramatically demands his sweetheart back.

This puts the Emperor Jehangir in a dilemma. What happens then? To see the unexpected and thrilling climax of this mighty moghul story, you must make it a point to see “Adl-E-Jehangir” on the silver screen. 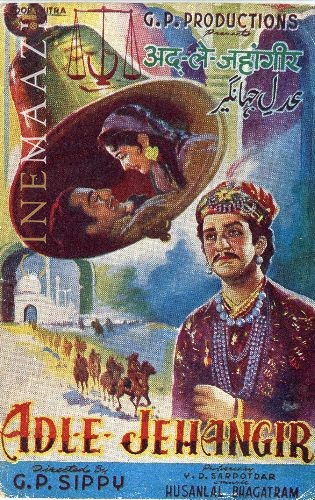 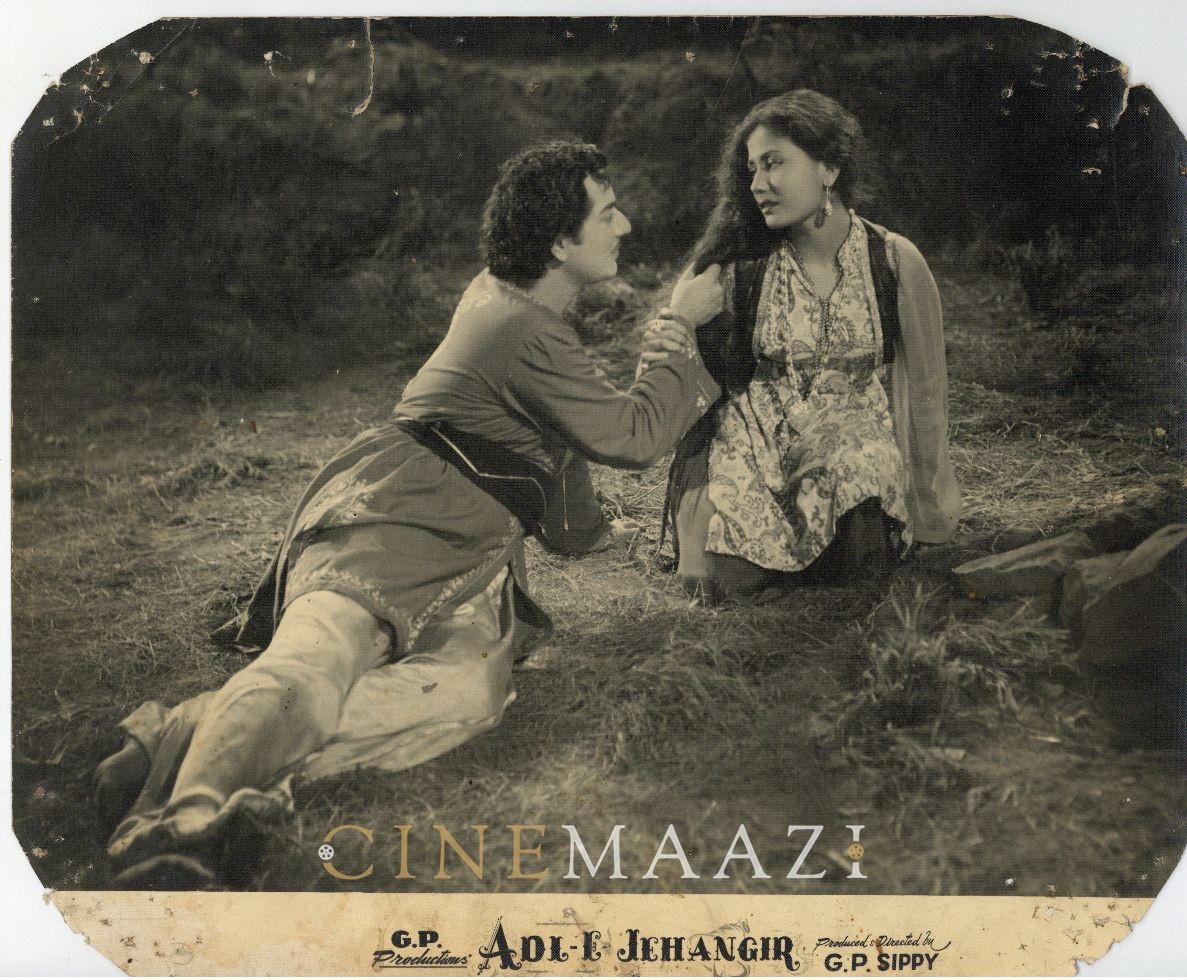 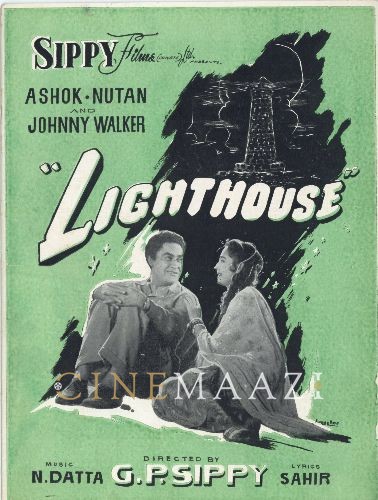 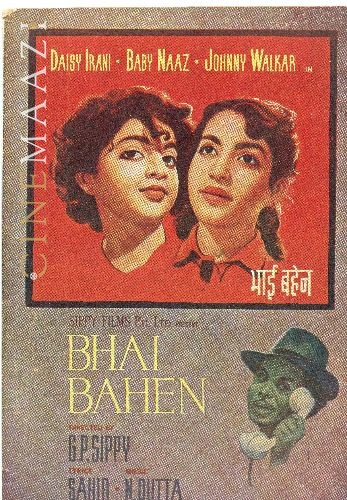 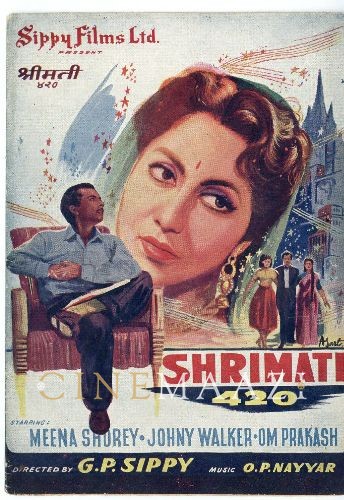