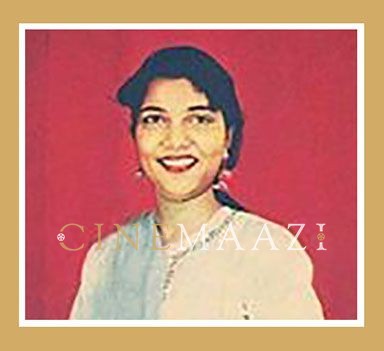 Born Kamarjehanon November 28, 1938 in Saharanpur, she was unable to pursue her studies due to the belief reigning at the time that girls should not be educated. Her family moved to Bombay in 1949, and Kammo soon developed an interest in films. Introduced by a neighbour to famous dance director of the era, Master Badriprasad, she was soon included in his group. She was barely around 13 at the time. After a couple of films in which she featured as a group dancer, Badriprasad was impressed by her hard work and dedication and gave her the chance to feature in her first solo dance performance in Sinbad The Sailor (1952). Jisroz se humne tera deedarkiya was the song that was picturised on her, in this Balwant Bhatt production, directed by Nanabhai Bhatt. The film’s cast comprised Ranjan, Naseem Bano, Nirupa Roy and Pran.

Though not a trained dancer, Kammo won appreciation and was soon at the receiving end of acting offers. She made a name for herself with Bimal Roy’s Biraj Bahu (1954), in which she played the role of Kamini Kaushal’s sister-in-law. Devdas (1955) saw her play Suchitra Sen’s friend, while she played Madhubala’s friend in Rajhath (1956). In fact, the popular song from Rajhath -Antar mantar jantar, was picturised on both Madhubala and Kammo. Apradhi Kaun (1957) saw her enact a comic role with Kumud Tripathi; the duo also featured in the hit song, Hum pyaarke do matwaale. She was seen as Johnny Walker’s partner in Basant (1960), even as she entranced in a mujra sequence in Shama (1961).

Bombay To Goa, in which she played Mukri’s wife—the two essayed a South Indian couple—proved to be the last film of her career as she married and quit films. However, she did appear in Dhoop Chhaon (1977), in a mujra and danced to the song Nazre churake baitho.

On the personal front, Kammo was married to actor Balam. They had a daughter. After they divorced, Kammo wed Bilal Rehman, a businessman.