Foremost amongst the vices that our youth has adopted from the West is the glamorous and hollow side of its culture and civilisation which fits into our ways of life like a round peg in a square hole. Swayed by this glamour of a foreign existence, the young brush aside the experience of the old and follow blindly in the footsteps of the new. And with what sequences?

Neena, the only daughter of Sir Badri Prasad, a multi-millionaire was a living symbol of modernism and Western aristocracy. Clubs, ball-rooms, golf and riding took up her entire day. Once when out for her daily morning ride she met with an accident, but was fortunately rescued by a handsome youth named Dilip. That is how Dilip entered Neena's life. Due to his talented personality and charming manners, Dilip soon became an inevitable part of Neena's activities-so much so that one day her father had to express his disapproval of tis fast-developing friendship. Neena promised never to do anything which would let him down as she was quite sure of herself. Neena's friend Sheela loved Dilip, but Dilip's heart was away with Neena and he was only looking forward to a suitable occasion to propose to her. The long-desired moment arrived in Sheela's party, but before he could say a word, message was received that Sir BadriPrashad had died of heart failure.

Neena returned to her house with Dilip, and requesting him to manage her business affairs, she made him an equal partner. This was what she did in return for saving her life.

Now Dilip was sure that Neena would accept him. But suddenly fate turned the table. Rajan, the man whom Neena really loved returned from England. In the marriage party of Rajan and Neena, Dilip was missing. Neena was surprised. She went to Dilip and found him packing his luggage. Dilip could not restrain himself any longer and poured out in vehement language his feelings toward her.

His passionate words came to her as a bolt from the blue. All the while she had considered Dilip a friend-and a very real friend indeed. After her marriage to Rajan she went away to Simla deciding never to meet Dilip. Dilip was at a loss-what to do? His leaving the business at this juncture would create scandal about her. He decided to stick to the job, Neena had entrusted him with.

Here, Neena could not live in peace because Dilip's words haunted her day and night. Rajan gradually got suspicious till that poison devoured him to an extent that made him see faithlessness and feel betrayal at every moment of life.

Things got entangled more and more till a wrong adaptation of the ways of living brought untold misery and pain to three innocent people just because one-the women-from amongst them tried to do something which was not her own. 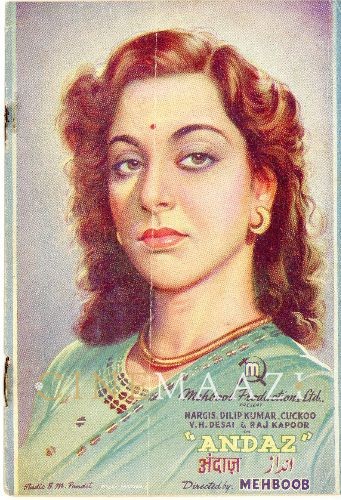