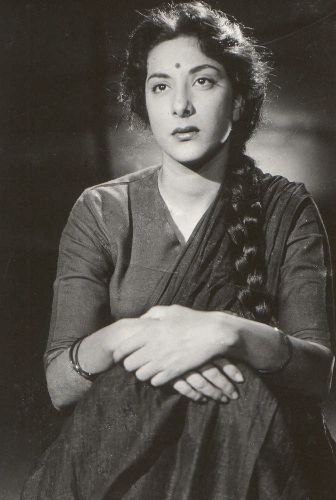 Named Fatima Abdul Rashid at birth, Nargis was the daughter of the celebrated singing star and India’s first female film producer, Jaddanbai. Surprisingly, her greatest ambition was to become a doctor and not to follow in her legendary mother’s footsteps. Nevertheless, Fatima made her screen debut as a child artist in the film Talash-e-Haq (1935), produced under Jaddanbai's own film concern, Sangit Movietone. At the age of four, she also appeared in a film titled Naachwali (1934).
In 1934, Nargis moved to Bombay with her parents. Though Jaddanbai started her own production concern, she did not intend to groom her daughter for a film career. In 1936, Nargis joined the Queen Mary’s High School and passed her Senior Cambridge. Having graduated, she hoped to join an M.B.B.S. course. However, Mehboob, a family friend, soon approached her parents suggesting that she join the film industry. Though she protested at first, Nargis agreed to work for just one film. She thus made her debut as a heroine with Taqdeer (1943) alongside Motilal and Chandramohan. Taqdeer proved to be a big success and the debutante’s refreshing personality immediately charmed scores of filmgoers. Following the success of the film and under her mother’s guidance, she acquired further training in acting, lending her the poise that would come to define her best performances for years to come.
Her earlier achievements included Famous Pictures’ Nargis (1946), Mehboob’s Humayun (1945) opposite Ashok Kumar, and Romeo and Juliet (1947), produced under the banner of Nargis Arts and directed by her brother Akhtar Hussain. Her other brother Anwar Hussain also went on to become a popular film actor.
Though Nargis’ earned more recognition and fame with every year, the maws of death snatched away her parents. Her father passed away on November 18, 1948. Less than eight months later, Jaddanbai died on July 21, 1949.
With her consistent dedication to improving her performances on screen, Nargis soon attained a unique position in the industry. She demonstrated her range with a variety of outstanding portrayals in films like S. Fazli’s Ismat (1944), S.U. Sunny’s Mela (1948) and Babul (1950) and Raj Kapoor’s Aag (1948), Barsaat (1949), the acclaimed Awara (1951), Aah (1953) and Shree 420 (1955). She worked with other filmmakers of repute, like Nitin Bose in Deedar (1951), Dharamsey for Anokha Pyar (1948), Mehboob again in Andaz (1949), K. Asif in Hulchul (1951) and K.A. Abbas for Anhonee (1952). Around this time, she also appeared in films like Jogan (1950), Papi(1953), and Adhi Raat (1950). Of these, her roles in Andaz and Barsaat catapulted her to stardom. Playing an unconventional role as a forward-thinking woman in Andaz, her role as the heroine caught between two men, played by Raj Kapoor and Dilip Kumar, Andaz earned Nargis great praise. Her turn as an abducted woman in one of the earliest films made on Partition made in India, the 1949 release Lahore was one of her early bests as well. In the Kidar Sharma directed Jogan, she appeared once again in a love triangle, portraying a young woman who escapes an arranged marriage only to experience an unfulfilled, heart-wrenching romance with an atheist, played to perfection by Dilip Kumar.
It was with Raj Kapoor, however, that Nargis came to form one of the most popular romantic pairings of the Indian screen, one that audiences recall fondly even at present. The two appeared together for the first time in Aag, Raj Kapoor’s maiden venture. With Barsaat, their fame as the screen’s most appealing romantic pair rose to dizzying heights. They continued to play lovers in films like Jan Pehchan (1950), Pyaar (1950), Awara, Amber (1952), Anhonee, Bewafa (1953), Dhoon (1953), Papi, Shree 420 and Chori Chori (1956). Though Chori Chori was their last film as a romantic duo, Nargis made a special appearance in the film Jagte Raho (1956): in the last scene, she quenches Raj Kapoor’s thirst. One of Hindi cinema’s best-known love songs, Pyaar hua ikraar hua from Shree 420 remains iconic to this day for the image of the lead pair, Raj Kapoor and Nargis, singing under an umbrella in the pouring rain.
Nargis’ later triumphs as an actor include Miss India (1957), Pardesi (1957), Adalat (1958), Lajwanti (1958), and Mehboob’s magnum opus Mother India (1957). A remake of Mehboob’s earlier hit Aurat (1940), Mother India helped Nargis win the Filmfare Award for her outstanding performance. Her prowess was praised internationally as well, and the film was nominated for an Academy Award for the Best Film in Foreign Language category. She also won the Best Actress award at the prestigious Karlovy Vary International Film Festival. With Mother India, Nargis reached the pinnacle of her glory as a screen tragedienne. In 1958, Nargis was also awarded the Padma Shri for her excellence and contribution to the arts. She was the first film actress to be felicitated with this honour.
Nargis’ romance with the accomplished film actor Sunil Dutt—who played her son in Mother India—started on the sets of the film itself. The two were married in a small ceremony in Bombay on March 11, 1958. The couple later had three children, Sanjay Dutt, the actor, and Namrata and Priya Dutt.
Following her marriage, Nargis took a break from the movies. She lent her voice for Sunil Dutt’s Yaadein (1964) and then appeared in the film Raat Aur Din (1967). One of her most challenging roles, Nargis played a woman with a split personality in the film, winning the National Award for Best Actress for that year. Post 1967, she retired from films completely and busied herself with social work. In 1980, she became a member of the Rajya Sabha.
Unfortunately, Nargis was diagnosed with pancreatic cancer in the same year. After receiving treatment at the Memorial Sloane Kettering Cancer Centre in New York for a few months, she went into a coma for two months. Though she returned home for a short recovery period, she fell ill again. The doyenne of Hindi cinema thus breathed her last on 3 May 1981 at only 52, just a few days before the premiere of Rocky (1981), her son Sanjay Dutt’s debut film. A road in Bandra, Mumbai, was named after Nargis to commemorate her immeasurable contribution to cinema. 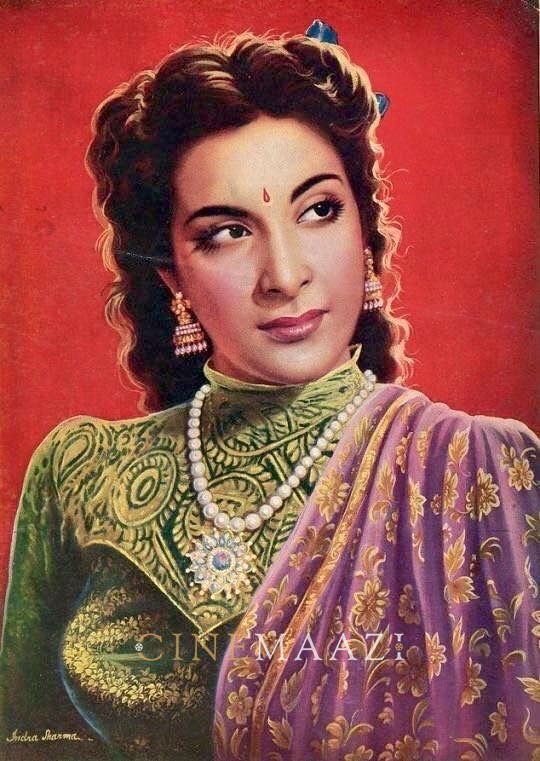 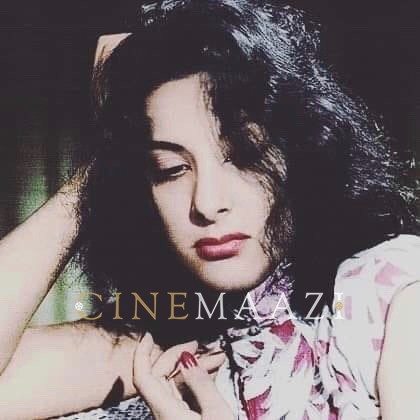 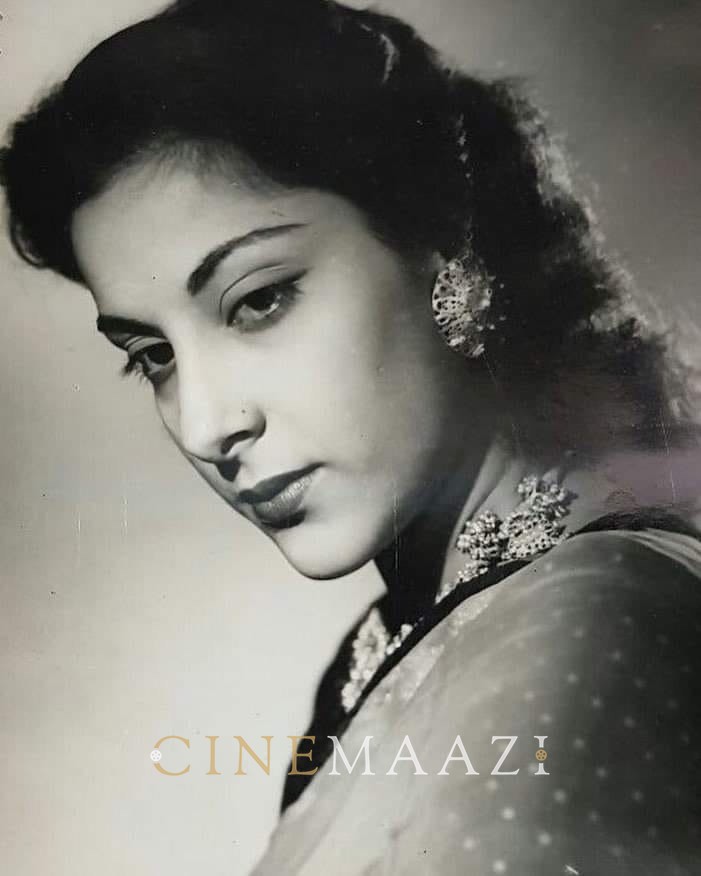 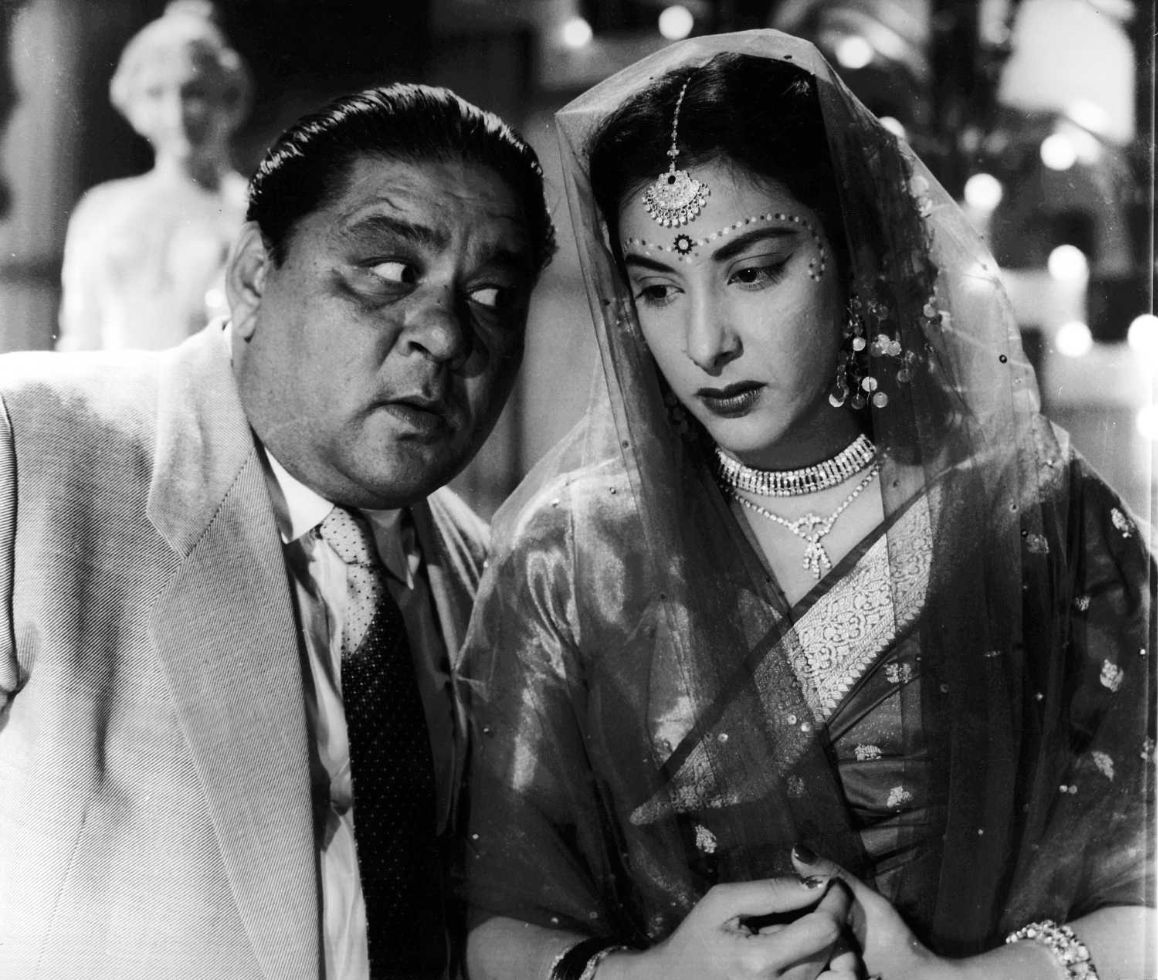 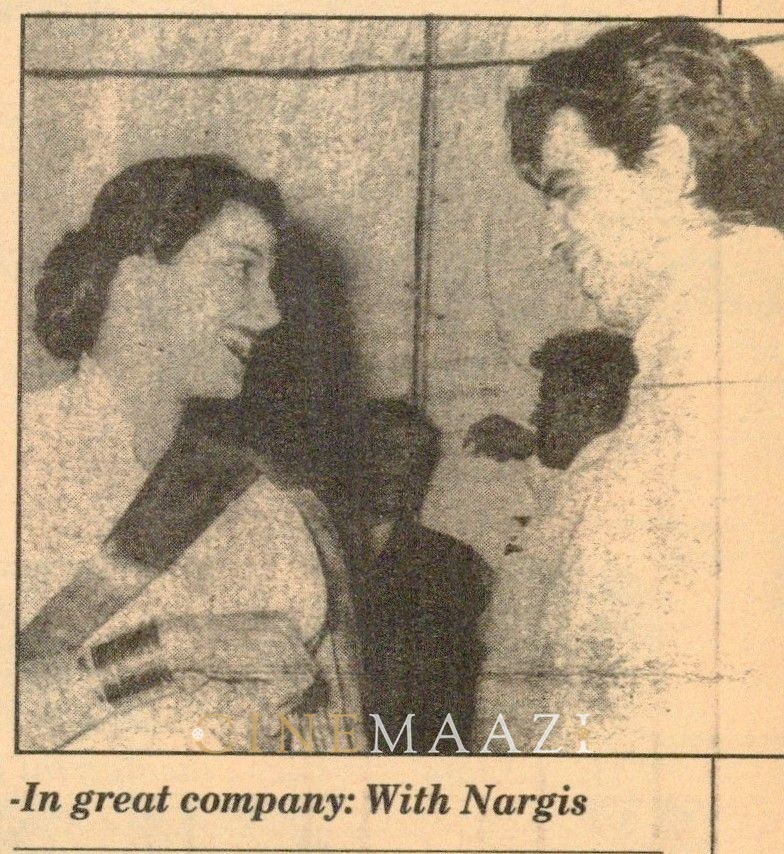 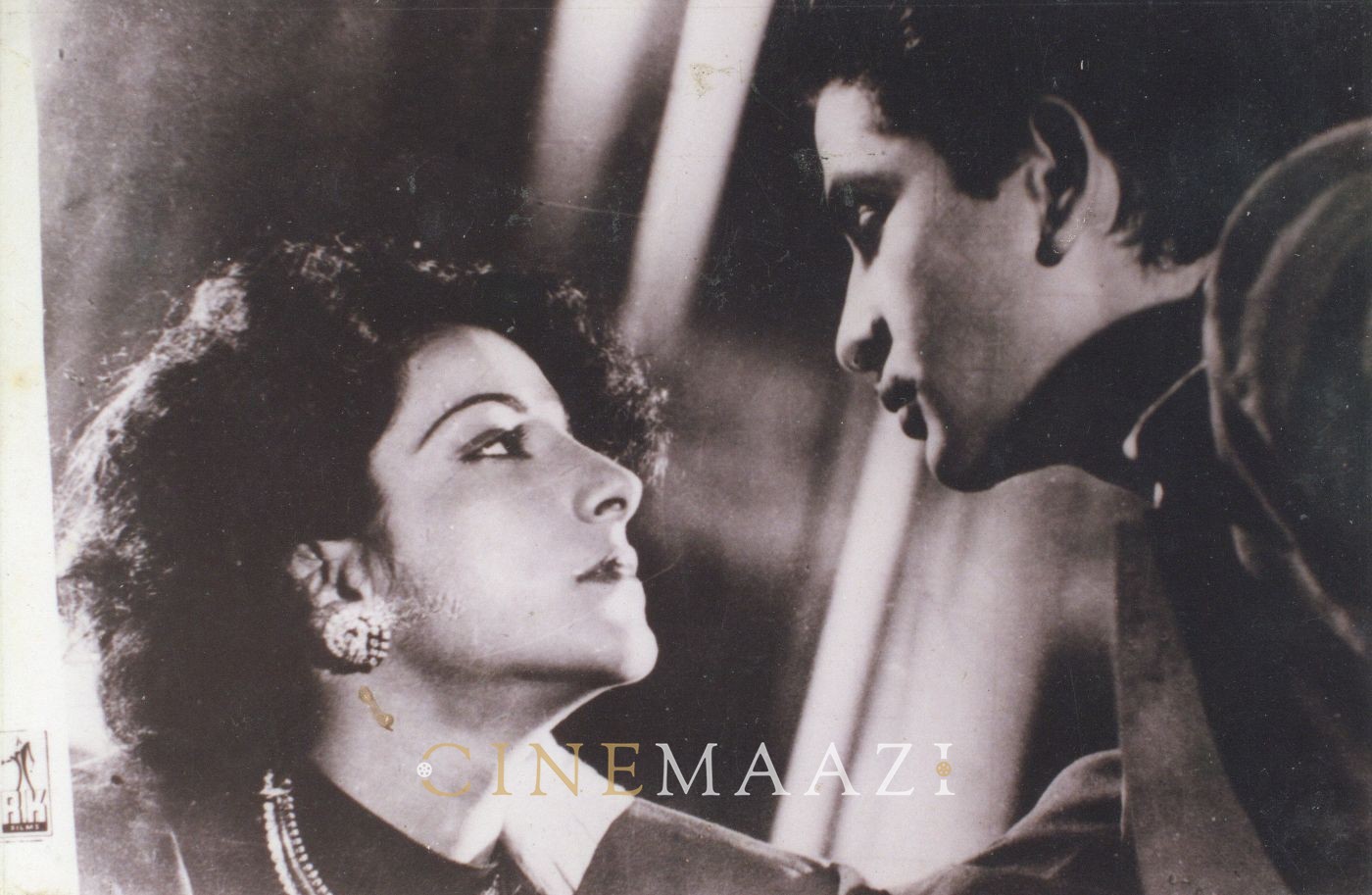 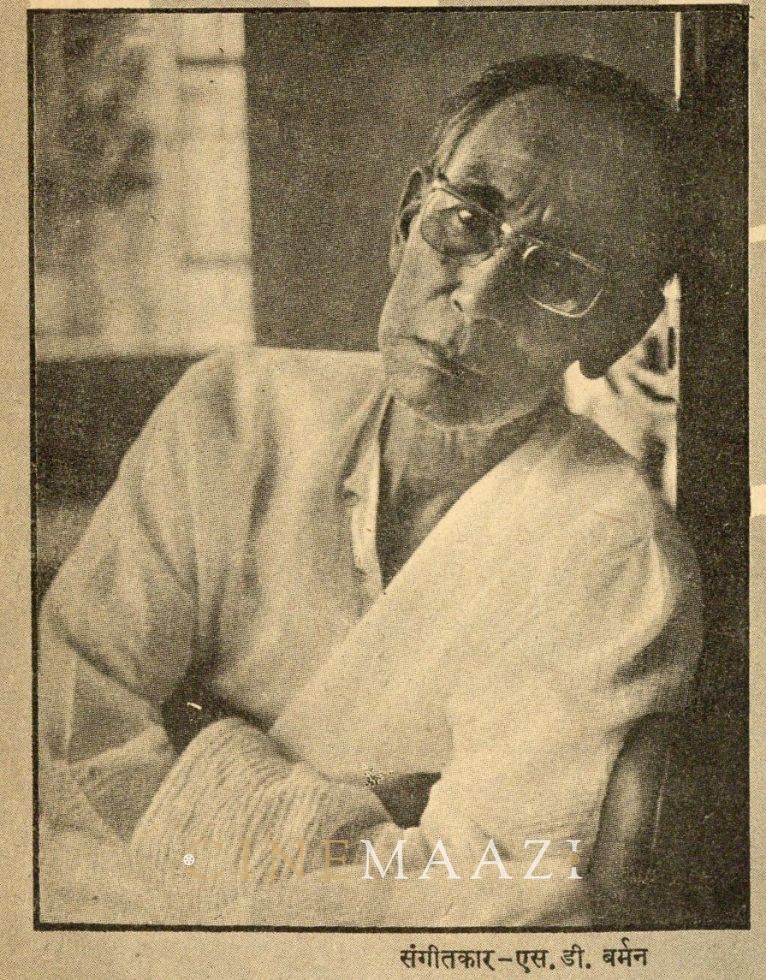