Friend is a word so common and yet so rare. Ashoke and Ranjan were friends; good freinds, not in name, but in deed. Ranjan, a botanist, had qualified himself for the Forest service and was expecting a favourable reply to his application. Ashoke was a full fledged doctor and occupied a respectable position in the medical profession.

The two young men lived and laughed in each others company. But it so happened that both of them fell in love with the same girl. The little secret they did not share, unknowingly and unconsciously they become rivals in love.

The girl, Sulata by name, was the only child of Mr. Chowdhury, a reputed professor of Mathematics. She was beautiful and cultured. Sulata reciprocated Ranjan's affections. Both her parents were in Ranjan's favour. Of course,Sulata was not made aware of her parent's decision and desire.

One day Dr. Ashoke opened his heart to Sulata and beseeched her to marry him. Sulata politely but firmly refused him. Just then Ranjan received news of his appointment in the Government Forest Service and had to go to the Sunderbans to take up his job. On his way to the Delta, his boat was caught in a terrific storm and in the dark night is lost its way and sank. Amongst the survivors were Ranjan and his servant Gokul, but both were thrown by the waves in two different and distant spots. Ranjan received an injury to his head and lost his memory. He was found on the beach by Tulsi and her blind grandfather and taken by them to their home. Ranjan could not remember anything. He did not even remember his own name. Tulsi and her grandfather called him Manik.

Gokul, the faithful old servant, wandered far and wide in search of his master, but all in vain. Gokul returned home to relate the sad tale. He informed Sulata and Doctor Ashoke of the tragic death of Ranjan. The great blow broke the heart of Sulata and the loving, laughing and happy Sulata was now a sad , silent, unhappy victim of circumstances. Sick in mind and sick in bosy, nothing could bring Sulata out of her mourning for the one and only person she ever loved.

Weeks and months passed but the melancholy remained.

Meanwhile Manik (Ranjan) in the company of Tulsi and her grandfather travelled from village to village, singing for a living. Gradually Tulsi became very fond of Manik and that fondness grew into love. Manik felt very happy in her company.

Sulata was now being coerced into an agreement for marriage. She could not agree with her parents. She  was helpless. She could not bear the strain of her helplessness and in her agony, she flew to Dr. Ashoke and asked him to marry her. Doctor Ashoke could not believe his eyes or ears. He was overjoyed. He set out in search of a bigger and better house, to settle in after his marriage with Sulata. Whilst on this quest he ran into a singing party and recognised Ranjan. He embraced his long lost friend but Ranjan could not recognise Ashoke. Ashoke tried to take Ranjan back home. Tulsi would not allow it. Ashoke requested and appealed to Tulsi. Tulsi could not bear the separation. She would not allow Ashoke to take Ranjan away from her.

Did Ashoke tell Sulata of Ranjan's existence, now that he know of Sulata's love for Ranjan. Or did he leave Ranjan with Tulsi and marry Sulata. It has got to be seen on the screen.

Friendship is a green hill by the side of life's dusty road. 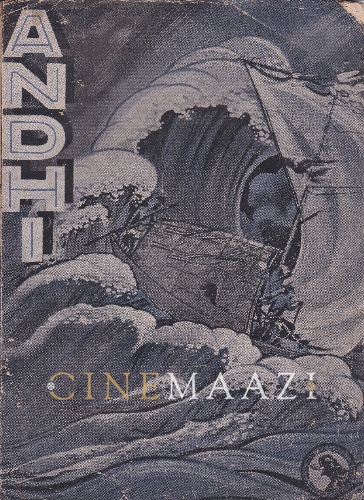