Basant, the elder son of the two sons of Jugalkishore, an orthodox but well-meaning zamindar, has just returned to his village after his studies in the city. As the farmers are unable to pay their dues to his father, he decides to go to them in the disguise of a Kisan and find out things Chowdhary, who take him to their father, where he comes across Gangoo, the evil genius of the village.

The Munim happens to come up to collect the dues. He recognises Basant as his employer's son. Basant has to leave the village in disgrace as the villagers and especially Kamla misunderstand his motives. Anant, who is of a care-free nature, goes to the village at Basant's request and by chance meet Tara. The couple fall in love with each other and secretly get married. Returning from the village, Anant informs Basant that Kamla reciprocates his love.

When the foolish Munim comes again to the village, he provokes the Chowdhary, who threatens to kill him. At this moment, however, Kamla opens a letter which has arrived by post. She finds that an anonymous donor has sent the money, which is handed over to the Munim. Trying to rob the Munim of the money, Gangoo kills him with the Chowdhary's knife. Gangoo now fabricates evidence in such a way that Chowdhary is helplessly implicated in the murder of the Munim and is sentenced to jail. Things look very bleak. On top of this Tara is on her way to motherhood. Anant lets her down by refusing to take her to his father. As Tara is about to commit suicide, Kamla saves her in time. Late on when Basant comes to the village again he finds the sisters gone.

Tara gives birth to a son, but subsequently dies in a accident leaving the child in Kamla's hands. Returning to Basantpur, Kamla would not reveal the truth about the child. When Basant comes to the village to fetchKamla, Gangoo creates a misunderstanding between them alleging that the child is his. Basant goes away anger. Kamla forced to leave Basantpur for ever. Leela, the educated daughter of one Seth Madanlal, gives shelter to Kamla and the child.

The ways Godare unscrutable. Basant and Anant find the tell-tale clues which fixes Gangoo as the murderer of the Munim. Gangoo escapes but Chowdhary is now free.

Five years elapse. When Leela's parents want to get her married, Kamla fines out to her cost that the man is Basant himself. Leela, however, tells Kamla that she is in love with one Mr. Biharilal. Kamla is further shocked to find out that Bihari is none other than Gangoo. She contrives to break off the match between Leela and Bihari. Anant happily finds her out and hears her life story. In a terrific climax they find out that Biharilal and Gangoo are one and the same. Gangoo tries to kill Basant. But his day of reckoning is at hand. At last Anant gets his long lost son back and Basant and Kamla are reconciled. 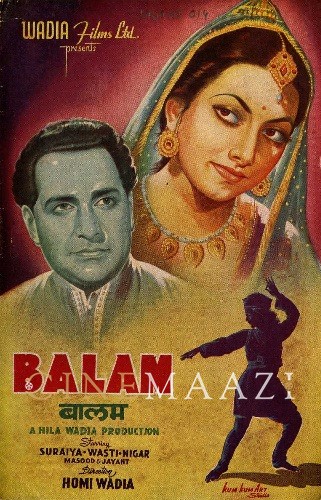 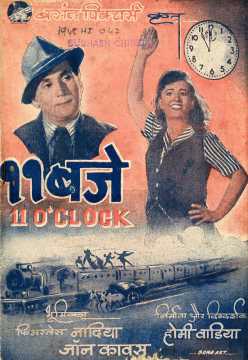